Google will focus on using AI to enhance visual search and user experience on Android smartphones. 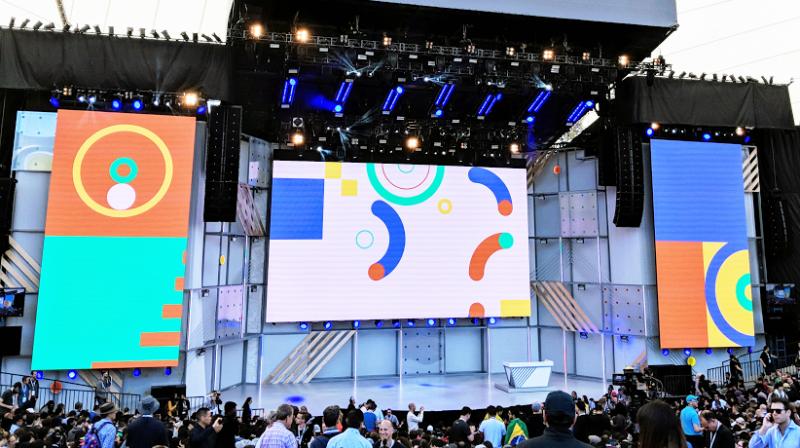 From a new smarter version of Android to intelligent home appliances to AI-assisted Maps, Google is set to take you on a roller coaster ride for the coming year.

It’s that part of the year when Google plays Santa for all tech enthusiasts around the world — Google I/O. This year’s event, just like the previous ones, highlighted a bunch of new features and services that will affect the lives of billions on this planet, directly or indirectly. Machine Learning has been Google’s 'thing' for the past few years and they are stressing about it once again. From a smarter new version of Android to intelligent home appliances and AI-assisted Maps, Google is all set to take us on a roller coaster ride for the coming year. Here’s a glimpse of the major announcements at the I/O 2018.

Released a few months ago, Android P has been available to developers for testing out their apps and services. With the first Beta, Google has given a peek of all the goodies that Android P will deliver later this year. 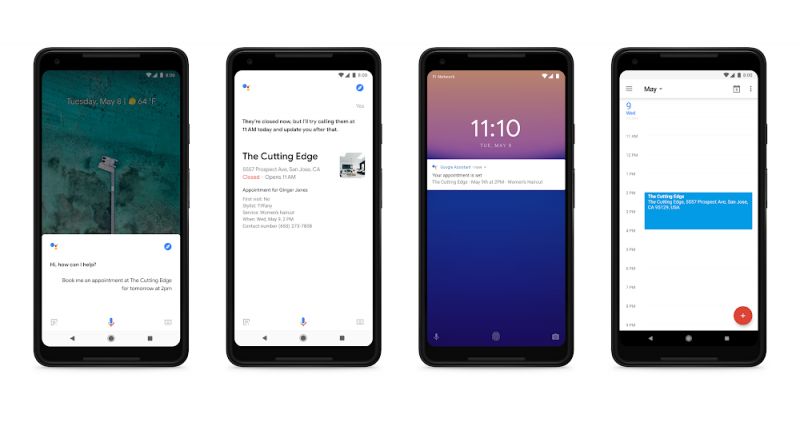 The biggest change with Android P Beta is the UI navigation — gone are the multitasking ‘Recent’ button and the Home button. In its place, there’s a pill-shaped slider that relies on gestures to handle the tasks of both the buttons. The notification shade also embraces a new design, bringing a colourful approach to Android. 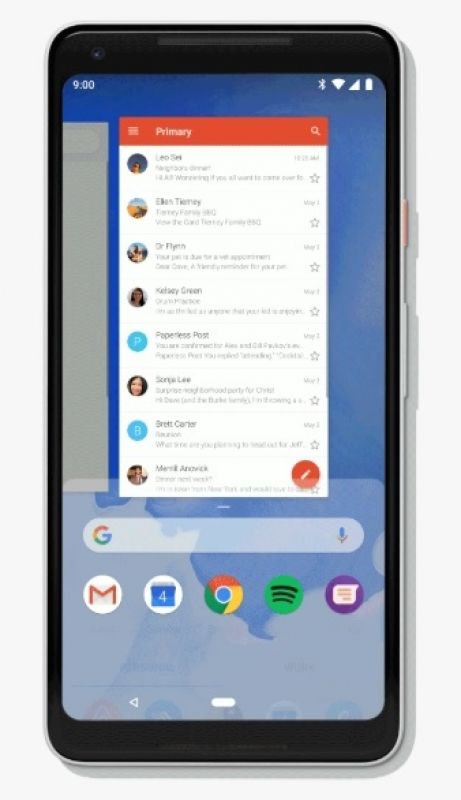 Move over the new UI and you will see Google bringing Slices and Actions. Slices refers to parts of an app distributed across the interface in the form of buttons. For example, once can find a ‘book cabs’ button from Uber in the search results, without going to the app’s home screen and beginning from the start. Actions refer to automated prompts upon particular actions. For example, Android will prompt you to play your favourite online playlist or opening the radio once you plug in your headphones. 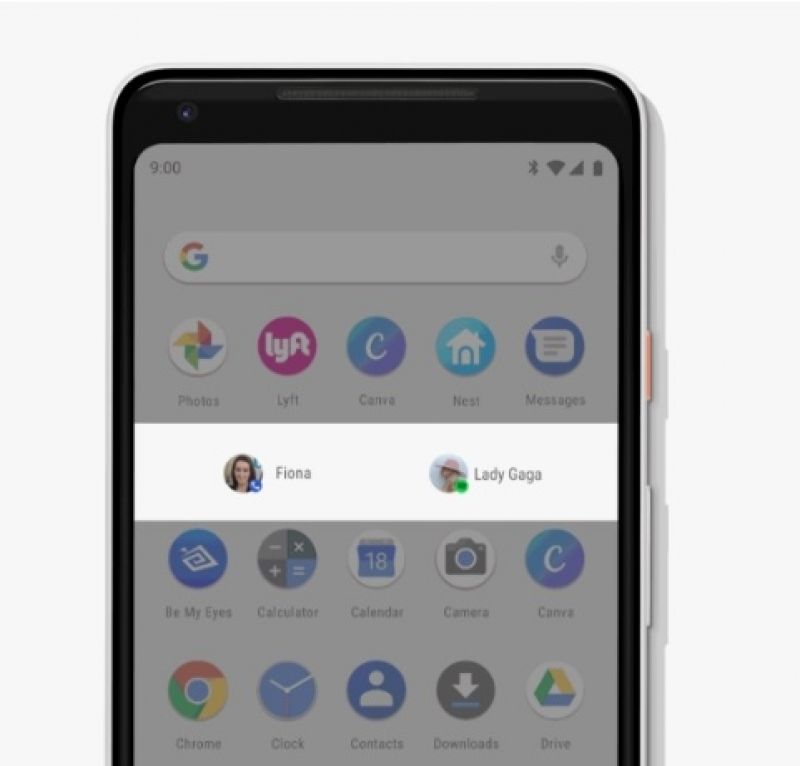 Google is also relying on Machine Learning to adapt display brightness accordingly, depending on the environment and the apps. Then there’s Adaptive Battery, that takes into consideration the individual app usage and adjust the amount of power delivery accordingly in order to save battery. Additionally, Android will have a ‘Shush Mode’, which will put the phone to Do Not Disturb mode once it’s put face down.

Android P also concerns itself with you 'Digital Wellbeing'. In short, your Android smartphone will help you get rid of your smartphone addiction by drawing graphs and statistics of your usage pattern on various parameters. It will even help you limit your usage by locking several features such as disabling mobile data after a particular time or limiting usage duration for Instagram. 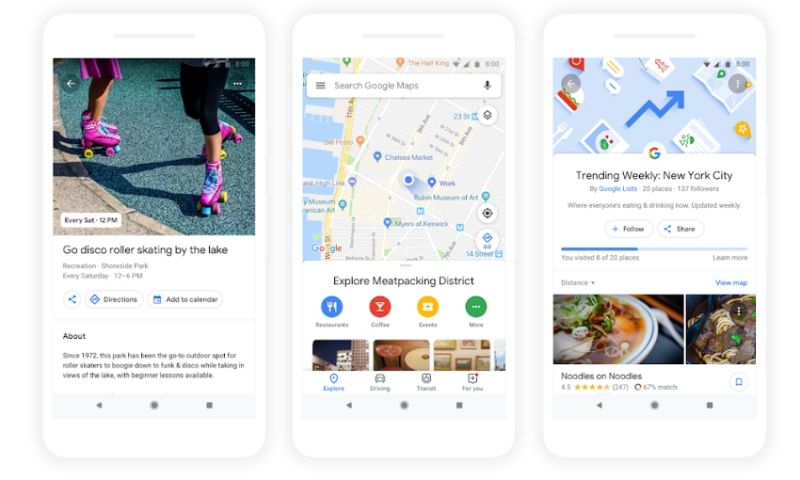 Until now, Google Maps was only tasked with finding directions and routes through cities. Google now wants Maps to be a lot more by infusing it with Google Assistant and Visual Positioning System (VPS). Assistant will harvest on Google’s vast information banks and will suggest you places or things to do, depending on your preferences, such as finding restaurants or looking for shortcuts. Additionally, Maps will also let you use your camera for directing you towards a place or verify buildings or restaurants. Shortlist will also let you decide and vote on going to a place along with your friends or family. 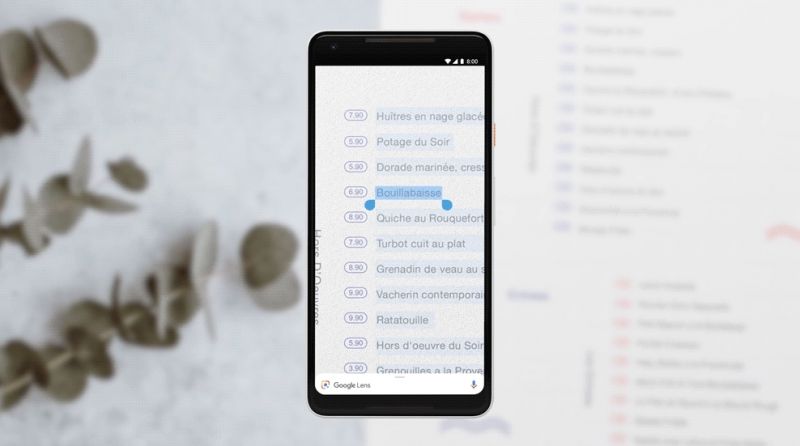 The Google Assistant can now do a lot more than before. With Google Duplex, Assistant can now call your beauty salon for an appointment and do the talking on its own, in a natural human voice. When it comes to voice, you can now choose between six new voices for your Assistant, instead of the usual one. Conversations with Assistant now won’t require you to repeatedly speak out the ‘Ok Google’ call sign. Assistant will be able to understand more complex queries like “What’s the weather like in New York and in Austin?”

However, the biggest addition to Assistant is text selection from an image. So, if you prefer to copy a single paragraph from the photo of a document, Assistant will do it, using Google Lens.

Gmail will now help you type less while sending emails faster at the same time — courtesy of Smart Compose. Smart Compose suggests complete sentences in your emails so that you can draft them with ease. Because it operates in the background, you can write an email like you normally would, and Smart Compose will offer suggestions as you type. When you see a suggestion that you like, click the “tab” button to use it.

Photos also gets some love from Google this year. Photos will now rely on Machine Learning and Artificial Intelligence to suggest corrections or actions on a particular photo. For example, a dark photo of a dog will be suggested with brightening whereas a group photo will be suggested with sharing with the people present in the photo. Photos will also deliver a new colour pop effect, which will completely rely on AI to figure out the colouring for you. 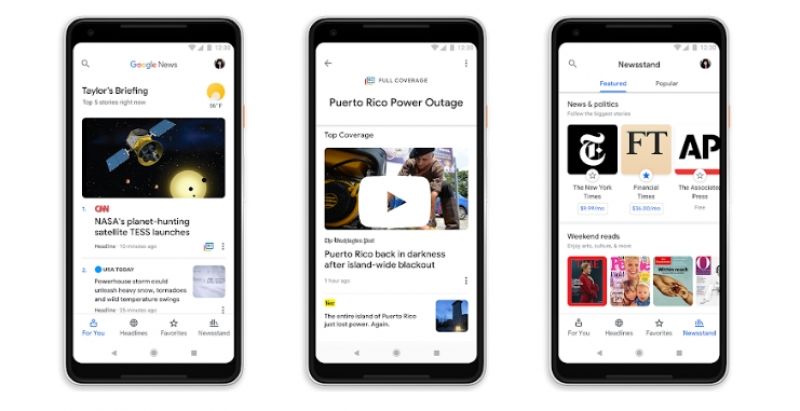 Being one of Google’s oldest services, News finally gets a major, much-needed AI-infused overhaul. The News app will get a major revamp and will use Machine Learning to suggest top five stories you need to know, along with the other important ones put in a list below. There’s a Full Coverage feature that will show all the coverage related to a particular topic, including articles from all publications as well as social media feeds. Users will also be able to buy and manage subscriptions from various publications from the Newsstand tab.