Now, produce ink with your car

Kaalink pen can collect enough carbon to produce one fluid ounce of ink, enough to fill a pen, in about 45 minutes. 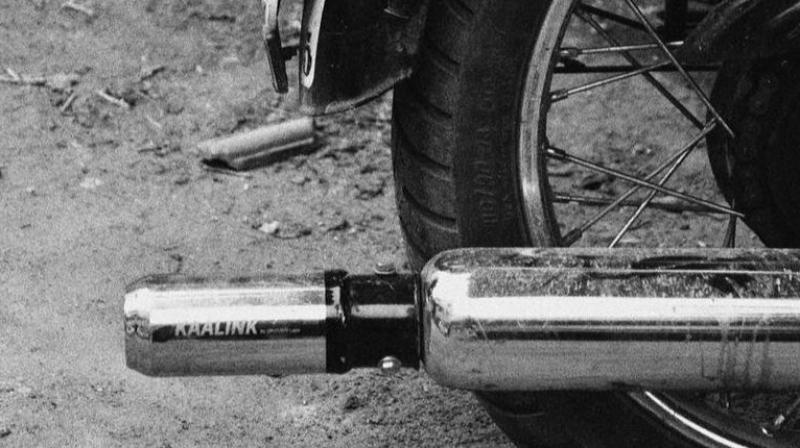 Kaalink is a unit used to capture soot, which is then processed into making Air-Ink. (Image: Graviky Labs)

Delhi-based former MIT Media Lab student Anirudh Sharma along with colleague Nikhil Kaushik has designed a soot trap that fits over the exhaust pipes of vehicles and generates pen inks. They call it Kaalink (Hindi play word for the colour black), which can collect up to 95 per cent of the pollutants emitted from a tailpipe. This is enough to produce one fluid ounce of ink.

“The Kaalink works by imparting a positive electrostatic charge on particulates exiting an exhaust pipe, which are then drawn to a negatively charged chamber. A bypass system allows air and water vapour to pass through, so there’s no back pressure or impact on engine performance,” Wired reported.

“After a couple of week’s worth of driving, a red light alerts motorists that their Kaalink filter is saturated, at which point Anirudh’s company called Graviky Labs transfers the particulates into containers called carbon banks,” the report added.

Kaalink is a unit used to capture soot, which is then processed into making Air-Ink. The pen is currently under certification and commercial pilots, and is available only for private demonstrations. The unit works hard to capture out-going pollutants, and is designed with heat and water-proof electronics and materials.

Both Sharma and Kaushik are currently attempting to raise funds in order to refine the device and help expand their production. Sharma believes that if just 15 per cent of the world’s black ink supply is replaced with Air Ink, a lot of air pollution can be sequestered.