New tech at CES monitors you inside car

In-car sensor technology is deemed critical to the full deployment of self-driving cars. 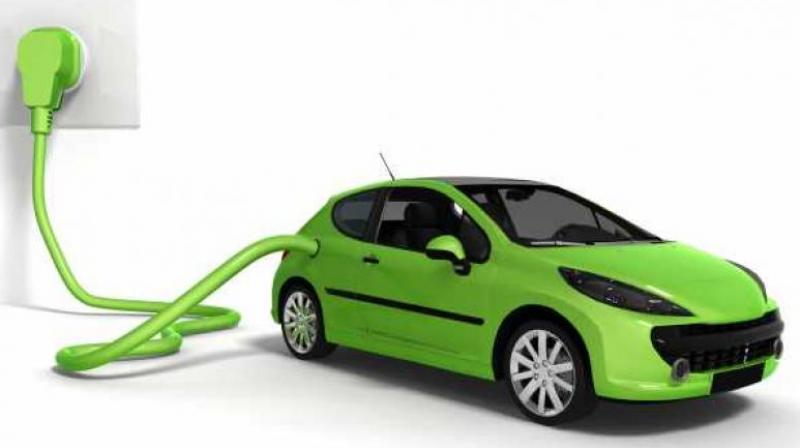 Whether by generating alerts about drowsiness, unfastened seat belts or wallets left in the backseat, the emerging technology aims not only to cut back on distracted driving and other undesirable behavior, but eventually help automakers and ride-hailing companies make money from data generated inside the vehicle.

As vehicles get smarter, your car will be keeping eyes on you. This week at CES, the international consumer electronics show in Las Vegas, a host of startup companies will demonstrate to global automakers how the sensor technology that watches and analyzes drivers, passengers and objects in cars will mean enhanced safety in the short-term, and revenue opportunities in the future.

Whether by generating alerts about drowsiness, unfastened seat belts or wallets left in the backseat, the emerging technology aims not only to cut back on distracted driving and other undesirable behavior, but eventually help automakers and ride-hailing companies make money from data generated inside the vehicle.

In-car sensor technology is deemed critical to the full deployment of self-driving cars, which analysts say is still likely years away in the United States. Right now, self-driving cars are still mainly at the testing stage.

The more sophisticated in-car monitoring also could respond to concerns that technology that automates some – but not all – driving tasks could lead motorists to stop paying attention and not be ready to retake control should the situation demand it.

When self-driving cars gain broad acceptance, the monitoring cameras and the artificial-intelligence software behind them will likely be used to help create a more customized ride for the passengers. Right now, however, such cameras are being used mainly to enhance safety, not unlike a helpful backseat driver.

Interior-facing cameras inside the car are still a novelty, currently found only in the 2018 Cadillac CT6. Audi and Tesla Inc have developed systems but they are not currently activated. Mazda, Subaru and electric vehicle start-up Byton are introducing cars for 2019 whose cameras measure driver inattention. Startup Nauto’s camera and AI-based tech is used by commercial fleets.

Data from the cameras is analyzed with image recognition software to determine whether a driver is looking at his cellphone or the dashboard, turned away, or getting sleepy, to cite a few examples.

It is not yet clear how consumers in the age of Facebook Inc and virtual assistants like Amazon.com Inc’s Alexa will react to the potentially disconcerting idea of being watched - then warned - inside a vehicle, especially as cars become living rooms with the advent of self-driving.

“There’s no doubt this is a hot area,” said Modar Alaoui, founder and CEO of Eyeris, in a recent interview. His company combines five 2D cameras with AI technology for “in-vehicle scene understanding,” including car occupants’ height, weight, gender and posture.

Alaoui believes once automakers see the benefits of a camera tracking the driver, they will opt for more.

Automakers are paying attention for multiple reasons. As Guardian Optical CEO Gil Dotan said, “What automakers want is what either sells cars, or what regulators tell them to do.”

Regulators like the technology at its most basic. Eye tracking can determine if a driver is not paying attention, or worse, is asleep. That will become essential as cars become more autonomous, for “Level 3” autonomy where the car handles most driving but returns control to the driver in trickier situations.

European car safety rating program Euro NCAP has proposed that cars with driver monitoring for 2020 should earn higher ratings. In the wake of a 2016 fatal Tesla crash, the US National Transportation Safety Board recommended automakers develop means to better track driver engagement.

But automakers are more excited by the revenue possibilities when vehicle-generated data creates a more customized experience for riders, generating higher premiums, and lucrative tie-ins with third parties, such as retailers.

“The reason (the camera) is going to sweep across the cabin is not because of distraction ... but because of all the side benefits,” said Mike Ramsey, Gartner’s automotive research director. “I promise you that companies that are trying to monetize data from the connected car are investigating ways to use eye-tracking technology.”

Potential uses go way beyond mere tracking of a driver’s gaze. The future of the technology rests in deciphering what a vehicle occupant wants, then fusing that with other technologies in order to create a more personalized ride.

“The more you know about the user, the more you’re able to fulfill his or her needs,” said Eric Montague, senior director of strategy for Nuance Automotive. Nuance’s connected car platform mixes eye-tracking technology, voice recognition and even emotion analysis, from a company called Affectiva.

Analysis from driver monitoring technology could help turn on the heat, lower the seat or play a certain kind of music when a particular occupant enters the car. If a passenger looks toward the dashboard, a certain control could light up to help anticipate a need.

Carmakers could gather anonymized data and sell it. A billboard advertiser might be eager to know how many commuters look at his sign, Ramsey said.

Tracking the gaze of a passenger toward a store or restaurant could, fused with mapping and other software, result in a discount offered to that person.

Companies say automakers will decide how the metadata is used, but consumers will be able to opt out.

Some still see interior cameras as a bad idea, however. Vayyar uses radar that tracks head movements without cameras. Cars are still considered private zones, said CEO and cofounder Raviv Melamed, who pointed to how many people perform personal tasks in their cars.

“They think they’re in their own living room, they behave like they’re not outside! It’s obvious no one wants a camera,” Melamed said.

Tesla owners have speculated about the Model 3’s currently inoperational interior camera, with some asking in forums whether “Big Brother” was watching.

“Put a small piece of scotch tape on it ... and you can nose pick again ...” advised one post.