The Facebook product looms large in a space that Indian apps Chingari, Roposo, and Go Social are trying establish a foothold in. 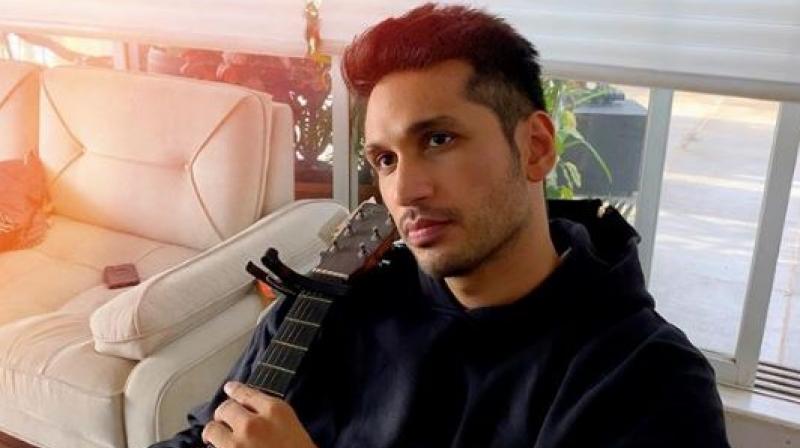 Instagram's Reels feature will start rolling out to users in India from Wednesday evening and at the onset, will be populated with content from public figures and creators, including Arjun Kanungo (in pic here), Jahnavi Dasetty aka Mahathalli, Indrani Biswas aka Wondermunna, Kusha Kapila, Radhika Bangia, RJ Abhinav and Ankush Bhaguna. (Photo | Arjun Kanungo Instagram)

New Delhi: Instagram on Wednesday said it will start testing a new format ‘Reels’ in India that will allow users to create and share short videos.

This move by the Facebook-owned company comes within weeks of the Indian government banning 59 mobile apps with Chinese links, including the popular short video platform TikTok terming these apps as prejudicial to sovereignty of the country.

A number of homegrown short-video apps have seen downloads and usage zooming manifold since then.

Facebook India Vice President and Managing Director Ajit Mohan said over the last four-five years, millions of people have access to affordable mobile broadband, which has triggered growth in consumption of video.

“It’s long and short form video... videos make up over a third of posts on Instagram in India... we really have the opportunity to shape the future of entertainment on Instagram with videos playing a big role in it,” he added.

India is the fourth country, after Brazil, Germany and France, where this new format is being tested.

“India was always on the radar... the fact that we are expanding testing of Reels into India, so soon after Brazil, France and Germany... we are cognizant of the interest in video, the cultural vibrancy of the country, we are looking at India as an important country for us in the company,” he said.

Homegrown apps like Roposo, Chingari and GoSocial have seen a significant increase in downloads and user signups on their platforms after the government’s decision to ban 59 Chinese apps on June 29.

Interestingly, players like ShareChat and Gaana have also introduced short video platforms to cash in on the opportunity.

Gaana has launched a ‘HotShots’ feature within its app, offering tools to create and share short videos and stories to share with more than 150 million of its users. ShareChat has launched a similar app ‘Moj’ which has already seen over 10 million downloads.

Talking about Reels, Facebook VP of Product Vishal Shah said the latest offering will allow users in India to create and share short videos on Instagram. The platform, which has over a billion users globally, also offers Feed, Stories, IGTV and Live.

“People can record and edit 15-second multi-clip videos with audio, effects and new creative tools on Reels; share them with their followers on Feed; and, if they have a public account, make their reels available to the wider Instagram community through a new space in Explore,” he said.

Sharing to Reels in Explore gives people the opportunity to access a larger audience, especially since more than 50 per cent of account users on Instagram globally visit Explore every month, he added.

“We’re excited to expand the test of Reels to India and give the next generation of creators born and bred in India a chance to share their native and cultural context—and be potential global stars,” he said.

The feature will start rolling out to users in India from Wednesday evening and at the onset, will be populated with content from public figures and creators, including Arjun Kanungo, Jahnavi Dasetty aka Mahathalli, Indrani Biswas aka Wondermunna, Kusha Kapila, Radhika Bangia, RJ Abhinav and Ankush Bhaguna.

On onboarding new creators for Reels, Mohan said Instagram has been working with creators across the board, and had last year launched ‘Born on Instagram’ to support creators.

“...that will continue. We have a partnerships team which works with creators,” he said.

The company will also look at monetisation of models eventually.

Facebook will leverage its partnerships with music labels to provide music to Reels, and allow users to search for songs from Instagram’s music library for their Reels. Users will also be able to use Facebook’s Spark AR (augmented reality) platform.