PUBG tip: How to get more Chicken Dinners?

Typically, the best tip one would get if you want to make a hot drop is to be very good at the basics and know the must-knows. 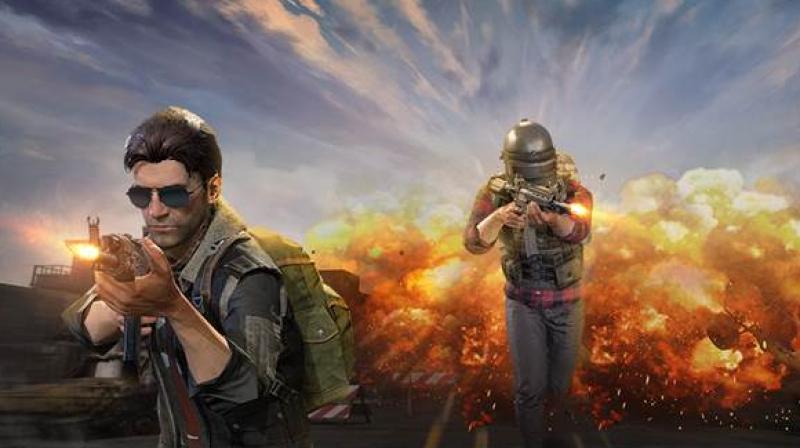 Going for hot drops does add to one’s experience in playing the game as it was meant to be, a battle royale.

Winning chicken dinner in a hot drop situation is a truly exhilarating experience. But accomplishing that is no walk in the park. Hot drops give players just the right adrenaline rush to quench the thirst for top-of-the-class gaming action. For young players of the game though, it could seem a bit overwhelming. Nonetheless, going for hot drops does add to one’s experience in playing the game as it was meant to be, a battle royale. Typically, the best tip one would get if you want to make a hot drop is to be very good at the basics and know the must-knows.

The basic inhibitions to a hot drop situation are premised on certain factors, such as the volume of players jumping off at the same location, finding a gun before other players do, and finally the lower chance of survival, or optimistically speaking, a highly levelled playing field. Taking the same factors into account, we have devised this masterplan to help players get their chicken dinners at a hot drop.

Master Tip ONE: - The Basics: Develop skill in all quarters

Starting off on an obvious note, still, the best way to win at hot drops is to be good at the game. This includes knowing and being comfortable with all weapons, smart positioning, and the ability to choose when to play defensive and when to play offensive. It would be a rookie mistake to remain hopeful of getting one’s favourite gun and go in unprepared to handle other guns. Often a few milliseconds make a huge difference in survival and death. Upskilling should involve getting better at all weapons. When we talk about positioning, the most basic point is to not remain in the same position ever. Especially when a player takes a shot, the position is instantly compromised and there is an immediate need to re-position. To simplify it, if a player shoots through one window and misses or does minimal damage, it would be a smart move to shift to another window to make the kill-shot.

Besides landing exactly where a player wants, landing even a second earlier to other players has huge advantages of its own. When a player lands, the first objective is simply to find a weapon and take a position with enough cover. There are few ways to optimize this whole process, and it starts with the parachute jump. If a player wants to drop at a desired location and land first, then the drop needs to be precisely timed. A player should ideally make the drop at about 600 mts to 800 mts from the target. After the jump, the player needs to fly or drop at an optimal terminal velocity speed of 231 km/hr to 234 km/hr up until about 100 mts to 120 mts from the target. A player can achieve this using the down directional button. At this point, the parachute should be deployed and the drop continues to be faster by continuing to hold the directional button. Faster landing allows players to search and find weapons faster and may even aide in getting a few early kills.

Always maneuver the landing to the roofs, as it helps in looting. Landing on the rooftop helps a player access the guns with little more ease and a bit faster. The combination of fast dissent and landing on the roof may give a player precious few seconds as an advantage. However, that would be enough to make a significant difference in survival. Because having any time advantage is a good factor in finding the right weapon. A weapon that helps in a hot drop location; taking us to the next tip.

The Sub-Machine Guns (SMGs) are very advantageous in a hot drop location. Though you should ideally go for any gun, if you end up with an SMG it could be the best thing to happen. Also, it would be a smart move to upgrade if you end up with a different gun. The magazine loading makes these guns so desirable in such a dire situation. Another important point to remember is to always find cover and change magazines before maxing out. This way you don’t end up in a position where you must change the magazine in the middle of an engagement. That could be a fatal mistake.

There are a couple of features within the game that are primarily designed to help players. These would be the audio and visual cues that the players receive to intimate them of enemies in the vicinity. Having a keen eye on the mini map and closely listening to sounds greatly helps players get an edge over their enemies. The mini map displays footsteps when other players are within 20 mts of your perimeter. Furthermore, the directional footsteps that can be heard with a good headset, tell a player where to go for a kill. Being aware of the surroundings is beyond just knowing the place well, it is being adaptable to situations. Choosing correctly, which corner to clear or even which building is worth a sweep at that moment, makes for a brilliant game strategy which evolves.

To summarize, when going for a hot drop location, it helps to be equipped with the right skill set and to utilize all the features of the game that aide a successful mission. The skills with respect to aim and shoot are developed over time through practice. However, the game features are available to all. And the player who uses it optimally gets an advantage over the rest to secure a chicken dinner even in an unnerving situation. To simplify it further, focus is the key.