Technology   In Other news  08 Jun 2020  Removing Chinese apps from your phone is the opposite of self-reliance
Technology, In Other news 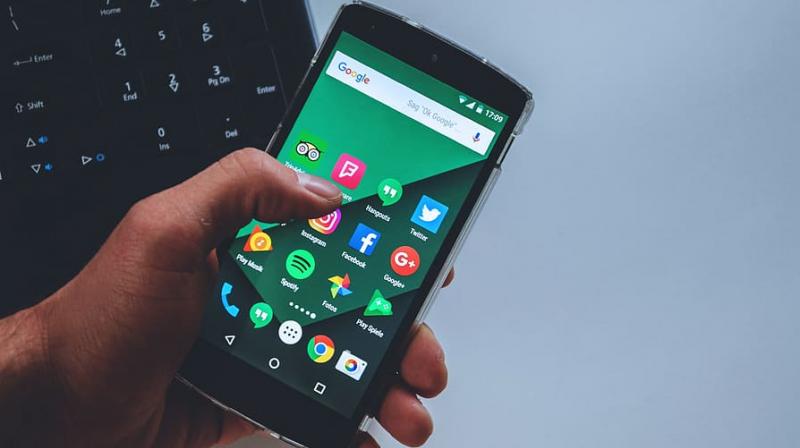 One of the fastest-growing apps on the Play Store was called ‘Remove China Apps’ and did exactly what the name suggested. While the App has since then been removed from the Play Store for violating Google’s policies, its existence and function hurt India’s best interests in the name of helping it. Eliminating or banning a competitor is inherently bad for competition and does Indian consumers a disservice.

The most important takeaway from Nobel Laureate Daniel Kahneman’s insights from ‘Thinking Fast and Slow’ is that the human brain has two systems, System one and System two. The former is good at ‘fast thinking’, which relies on our instincts and emotions to come to conclusions quickly. Kahneman refers to the latter as slow thinking, which is more deliberate and logical in its approach.

If I ask you to compute two plus two for me, System one will immediately throw up the answer. But if I ask you to manually multiply five thousand nine hundred four by twenty-eight thousand four hundred and ninety, you will automatically engage System two.  There are some tasks to which System one is better suited to, while there are others for which you need to rely on System two. When you end up using the wrong system for the wrong task, you will likely end up with the wrong answer.

The recent massive push online to ban Chinese apps (and products), is a classic case of using System one to analyse a problem that is better suited for System two. It is evident why the push has momentum. Given the current state of world affairs, as well as the Huawei controversies that dominated context before, there is a deep-seated mistrust of the Chinese.  So when we look at TikTok’s content moderation problems or hear the Prime Minister talk about our need for self-reliance, we put two and two together and make the case that China is a bad actor. Thus, it makes sense for us to ban Chinese products and apps and should look elsewhere for our needs.

When it comes to anticipating consequences in changes to public policy, relying on system one can be counterproductive and even dangerous. At the peak of animosity towards Chinese apps, one of the fastest-growing apps on the Play Store was called ‘Remove China Apps’ and did exactly what the name suggested.

While the App has since then been removed from the Play Store for violating Google’s policies, its existence and function hurt India’s best interests in the name of helping it. Should you go on to delete Chinese apps from your phone, the revenue from the usage of the apps does not magically come to India.

There are two anticipated but unintended second-order effects to doing this. Firstly, there is every chance that a ban on Chinese apps may not be effective. A key reason for that is because people can download apps even without the use of the App/Play store. Sure the process may be non-trivial, but if someone wants to continue using TikTok and can get their hands on a working application package from a source other than the app store, there is no reason why their phones will refuse to run it.

Secondly, as is the underlying premise of so many economics lectures at Takshashila, eliminating or banning a competitor is inherently bad for competition and does Indian consumers a disservice. Not only will this give American counterparts to each of the apps mentioned above a boost, but creative destruction for the Indian digital ecosystem will also get delayed, as Indian apps that had not been performing well get an extension.  Rohin Dharmakumar at The Ken, wrote an excellent piece called ‘China’s India problem is India’s China problem’ that does well to demonstrate the scale of this impact. According to the analysis, China ranks second to the US in the number of ‘Top 100’ free and paid apps on the Play Store.

Also, China is not only competing with directly owned apps, but it is also investing heavily in Indian firms. According to Dharmakumar, the top 10 Indian companies by total venture funding all have a Chinese venture investor. And the list has some household names, including PayTM, Ola, Oyo, Swiggy, and Big Basket.

Removing these companies from the app store will make us worse off, while simultaneously doing the US a favour. China’s investments in the Indian digital economy are a big part of the reason why the app ecosystem is competitive. As a result, the market allows us to expect better working apps providing us better quality of services. Hence, it is in our best interests to maintain a level playing field.

Should we remove competition for the US it would free up market share for Google Pay, Uber, Amazon’s impending food delivery service (because Zomato also has Chinese investors), and Amazon Fresh. The point is, for most American tech giants, there is a Chinese substitute.

And it is hard to make a case for how American companies and platforms are objectively better than Chinese alternatives. Yes, there is implicit pomp about Silicon Valley to be making the world a better place, and American companies have been known to have a holier than thou attitude. But an American company is as likely as a Chinese one when it comes to collecting and selling your data to get revenue and generate wealth for their shareholders.  If you have been reading this while engaging system one, there is a chance that none of these arguments makes sense to you. China seems like a suspicious actor and banning Chinese apps, on the face of it, should show them. But removing Chinese apps from your phones is likely going to hurt India’s digital economy more than it would China’s. And that is the opposite of what it means to be self-reliant.