The Federal Trade Commission is investigating allegations that Facebook failed to live up to a 2011 consent decree to protect user privacy. 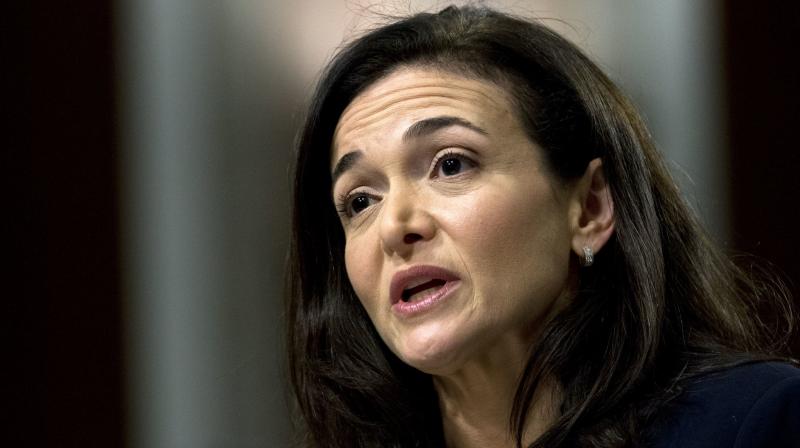 With a multibillion-dollar settlement looming for Facebook over user privacy violations, Chief Operating Officer Sheryl Sandberg met with US lawmakers on Capitol Hill on Tuesday to discuss legislation to protect users of the social network, officials said.

The meetings had been long planned and were not to discuss reports that Facebook will soon settle a probe by the Federal Trade Commission into privacy lapses, according to a Facebook spokeswoman.

Moran and Wicker are among the six senators on a working group to draft a bill aimed at setting standards for online privacy for consumers.

Sandberg met Monday with Democratic Senator Dianne Feinstein, according to a staffer in the senator’s office.

The Federal Trade Commission is investigating allegations that Facebook failed to live up to a 2011 consent decree to protect users’ privacy.

FTC Chairman Joe Simons declined comment on the agency’s probe after a hearing on Tuesday before a Senate appropriations subcommittee.

In the hearing, two lawmakers urged Simons to be tougher, with some of the concern focusing on the big social media platforms.

Senator Chris Coons, a Democrat, made a similar point, saying to Simons: “I’m concerned you could be doing much more.”

The potential settlement has found few defenders on Capitol Hill.

In a letter to the FTC, Senators Richard Blumenthal, a Democrat, and Josh Hawley, a Republican, told the agency that even a USD 5 billion civil penalty was a “bargain for Facebook” and urged the agency to hold top officials, potentially including founder and Chief Executive Mark Zuckerberg, personally responsible.

Wyden argued on Tuesday that the social media giant appeared to be getting off easy.

“First, Mark Zuckerberg has shown clear disregard for his customers’ privacy. He already has immense personal control over Facebook. I don’t see how making him a compliance officer solves Facebook’s problems,” Wyden said in an email comment. “Second, a USD 5 billion fine is simply not enough to be a deterrent to a company like Facebook.”