Technology is the key: I, too, need Internet!

Net connectivity is making all the difference for women in Indian villages. 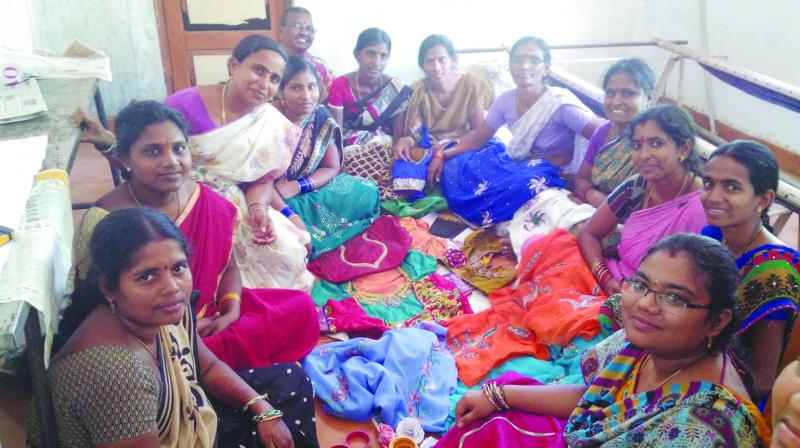 Women in T. Sirasapalli village with the clothes and bangles they created after watching DIY videos on YouTube.

One of the major hurdles is low digital literacy rate, especially in rural parts of the country, where many aren’t even aware about the existence of Internet. Even if they are aware, there exists a social stigma about using it, especially for women. Only one out of 10 users is a woman in rural parts, and out of 400 million Internet users in India only 30 percent are women.

Polamarasetty Syamala, a 28-year-old housewife from T. Sirasappalli village in Munagapaka taluk of Visakhapatnam, Andhra Pradesh, had no clue what the Internet was — until a few months ago. 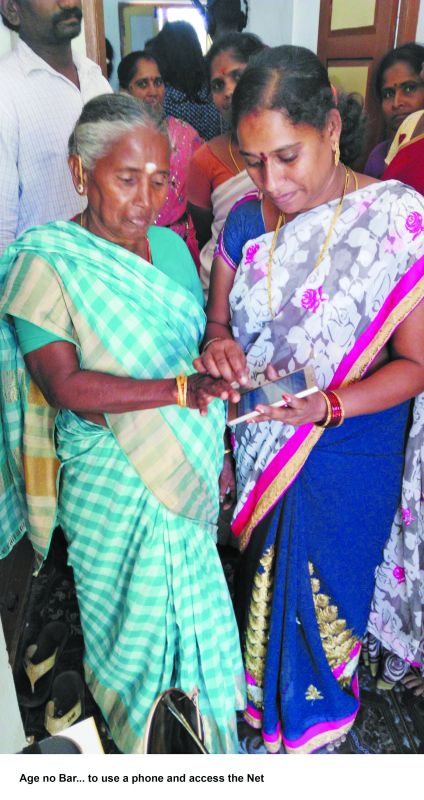 An Internet Saathi shows a woman how to use a smartphone.

Through the Internet Saathi programme, volunteers go to villages across India to identify and train women to leverage the potential of Internet. The Trust helps in identifying the villages and also in paying a stipend of Rs 2,000 per month to these Internet Saathis, who teach other women in their respective villages.

The village Panchayat majorly consist of women heads, including the Sarpanch M. Dhanalaxmi, who motivated many to join the programme. She took it upon herself to make these women understand the importance of the Internet, and how it would benefit them in the future.

Syamala was made the Internet Saathi for the village, who, after initial reluctance, is now able to operate a smartphone and also use its various applications for her advantage. She has also trained many other women in her village on how to use text and voice based search, download informative videos, chat via WhatsApp or use e-mail.

“When the Sarpanch approached me to join the program and get trained, I felt like she was forcing me as I was reluctant and didn’t want to step out of my house. But once she made me understand the benefits of this program and how it will empower the women of our village to gain new skills and stand on their own feet, I felt encouraged and joined immediately,” Syamala says,

Syamala has also trained other women in her village, who have gained skills like sari weaving, embroidery work, jewelry making, etc. She has also trained B.Govind, a physically challenged man, who has been bed-ridden for 20 years after he met with an accident. He now has learnt to repair electrical appliances and also stitch blouses.

Over 60,000 villages in India have been covered under this program so far. In Andhra Pradesh, the project has reach over 9,000 villages and has trained 4,500 saathis. It plans to cover 50 per cent of India’s villages in the next few years.