CES 2018: A smart insole which helps you stay safe

The new insole comes with an app to track how tired one is and also analyses the person’s posture. 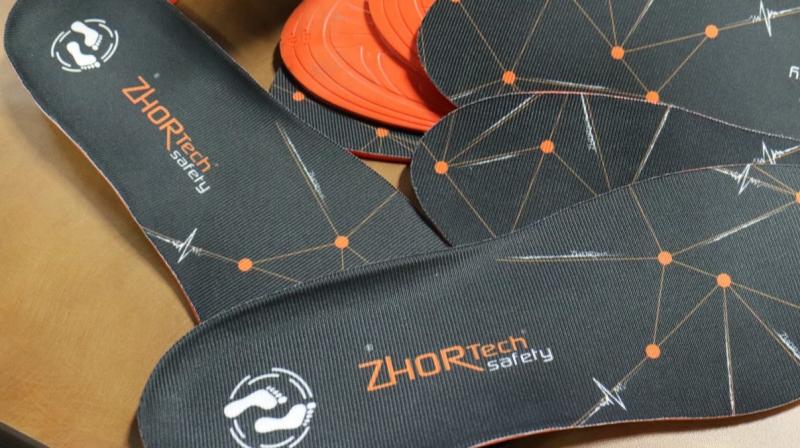 The product will be available in September for $149 (approximately around Rs 9450). (Image source: Engadget)

CES 2016 witnessed a pair of smart shoes being launched by Zhor Tech which could be ‘laced’ by simply tapping a virtual button on a smartphone app. Two years down the line, CES 2018 saw the company come up with a connected shoe insole.

The device is loaded with sensors that count the user’s steps, analyze the posture, detect fatigue levels and also detect any rough vibrations around the user. For an instance, if an individual wearing the insole slips, the device will immediately detect the movement and alert a manager or any other supervisor. The system is paired with an app through which the user can get an idea of the detailed, real-time information and share it with other people.

The company has said that the same technology can be built into a shoe's midsole but right now there are only plans to sell the insole to companies that make safety-conscious footwear. The product will be available in September onwards for $149 (approximately around Rs 9450).

The manufacturer has also gone on to say that its safety insole is specially designed for people who either work in construction or other field jobs of the same nature, as it helps them keep better track of their work activity.