White House huddles with tech execs on future of jobs

President Donald Trump briefly stopped by the meeting that focused on the latest and next-generation technology. 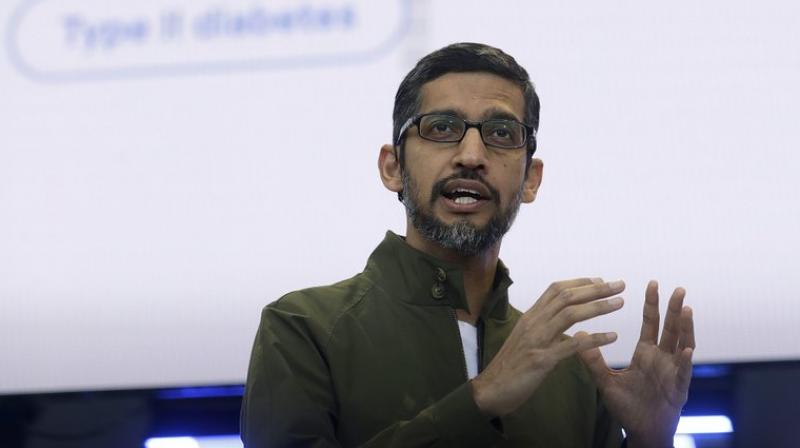 Trump has clashed with tech companies in the past over policy decisions that drew outrage in Silicon Valley. (AP Photo/Jeff Chiu, File)

The Trump administration, which has had strained relations with technology companies, met on Thursday with top tech executives to discuss ways to “ensure American dominance” of innovation and the future of high tech jobs.

President Donald Trump briefly stopped by the meeting that focused on the latest and next-generation technology, including artificial intelligence (AI), a White House official confirmed.

“We would like their bold ideas to ensure American dominance” on AI, 5G wireless communication, quantum computing and advanced manufacturing, a senior White House official said.

White House economic adviser Larry Kudlow, US Trade Representative Robert Lighthizer and senior advisers Ivanka Trump and Jared Kushner, the president’s daughter and son-in-law, were at the session, which was closed to the press, unlike previous sessions with CEOs.

Trump has clashed with tech companies in the past over policy decisions that drew outrage in Silicon Valley. This marked the highest-profile administration tech meeting in more than a year.

In August 2017, Trump disbanded two high-profile business advisory councils after several chief executives quit in protest over the president’s remarks blaming violence at a white nationalist rally in Virginia on anti-racism counterprotesters as well as the white nationalists.

Before that, Trump met in June 2017 with the heads of 18 US technology companies including Apple Inc, Amazon.com Inc and Microsoft, seeking their help to make the government’s computing systems more efficient.

But the White House has held many meetings with tech firms at lower levels and Trump has met at least twice this year with Apple CEO Tim Cook.

In May, the Trump administration said it would not stand in the way of AI development while acknowledging the burgeoning technology will lead to job losses.

AI and deep machine learning have raised concerns about whether machines will control man, privacy, cybersecurity, as well as the future of work, companies and experts say.

Trump has had several run-ins with technology companies since he took office, including his accusations, without evidence, of anti-conservative bias by Google and Facebook Inc, and Twitter Inc for “trying to silence” people.

He has also criticised Amazon for paying too little to the US Postal Service for shipping packages.

Next week, the House Judiciary Committee will hold a hearing with Pichai to discuss Republican allegations of bias against conservatives, a charge Google has denied.