Family getting wiped out by avalanche goes viral on Twitter

This fake video has been viewed over 8.17 million times. 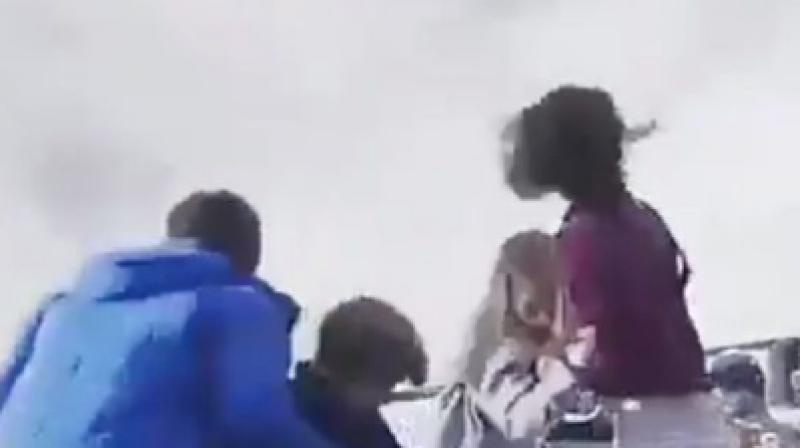 As soon as they see the avalanche approaching, their first reaction wasn’t to run but instead to taken in Mother Nature’s work of art.

Twitter is a place where either you find everything believable or everything is fake. In this case, it appears the latter is the case and what was first perceived as something alarming, thankfully has turned out to be an elaborate hoax.

Twitter user @zama_mdluli had shared a video which has been viewed over 8 million times and has received over 32,000 retweets and more than 92,000 likes initially caused a lot of concern. The viral video shows a family having a meal at an unknown location and taking in the sights when an avalanche comes crashing down and wiping them out in a matter of seconds.

As soon as they see the avalanche approaching, their first reaction wasn’t to run but instead to take in Mother Nature’s work of art; and in the process costing them their lives. Check out this terrifying moment below.

Me watching a bad situation and doing nothing till the final hour: pic.twitter.com/C4HC58sD7y

If you are a family and you see an avalanche approaching, it’s wisest to run in the opposite direction as fast as you can.

The viral video is also gaining a lot of traction because it shows the man abandons his family and looks to save his own life; ignoring his wife and kids. The video managed to gain steam as it appears to have been shot from a CCTV camera or a smartphone as the video quality isn’t the best.

Whatever the case may be, thankfully, this video is a fake and it is taken from a 2014 movie.