Technology   In Other news  07 Apr 2020  Use of Facial recognition technology not a concern for a large number of Indians, says Survey
Technology, In Other news

Over three-fourths of 1,000 people surveyed by cybersecurity firm Nortonlifelock supported the use of facial recognition for law enforcement 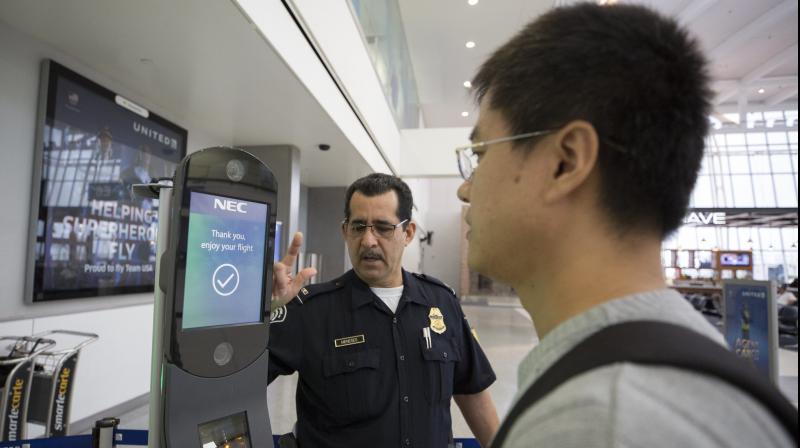 In this February 12, 2018 photo, a US Customs and Border Protection officer assists a passenger with ticket scanning and taking biometric facial recognition photos prior to boarding a flight at Houston International Airport. (Photo | Flickr - Donna Burton)

Mumbai: Concerns about facial recognition technology being used for surveillance have been expressed world over, but a majority of Indians seem to be amenable to its use for various uses including by state authorities, a survey has found.

Over three-fourths of 1,000 people surveyed said they support the use of facial recognition for law enforcement, cybersecurity firm Nortonlifelock said.

Fears about emergence of surveillance states are being expressed because facial recognition software can establish the identity of a person caught on camera, using data bases and algorithms, and make subsequent profiling easier.

Interestingly, the survey also found out that 58 per cent of the respondents believe that facial recognition will likely be abused or misused in the next year, and almost half of them feel it will do more harm than good.

Public health concerns in the wake of the COVID-19 pandemic have given legitimacy to the use of such invasive technology. But experts have called for withdrawal of such measures after the pandemic ends.

Over 80 per cent of those polled want businesses and the government to disclose where or when they resort to using facial recognition, the survey said.

Indians are more alarmed about their privacy than those in other countries, as there have been reports of sensitive personal information being sold to third parties or exposed in data breaches and compromised by cyber criminals, the survey found.

While the report suggests that Indians have greater concern about the misuse of personal information compared to citizens of other countries, it also reveals that they are complacent about sharing their data if they get something in return, Nortonlifelock country director Ritesh Chopra said.