Technology   In Other news  07 Mar 2018  GTA 6 could have a female protagonist, expected to launch in 2022
Technology, In Other news

GTA 6 could have a female protagonist, expected to launch in 2022 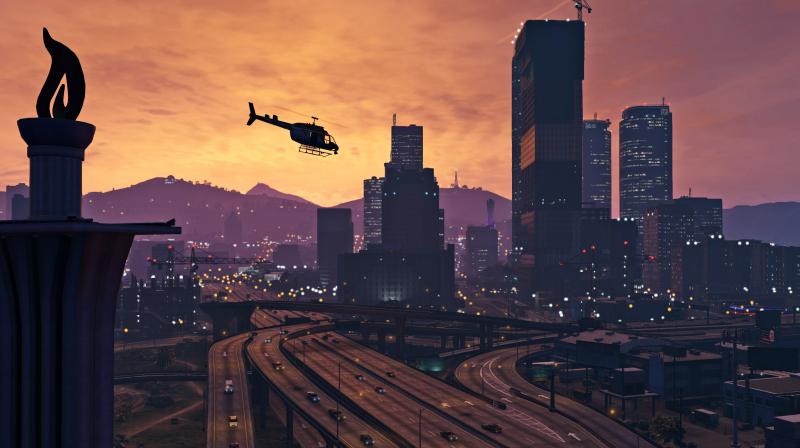 The worlds of GTA have always shown a sarcastic approach to the society from men’s perspective. (Representative Photo: GTA 5, courtesy: Rockstar Games)

If you are a passionate PC/console gamer, then Rockstar Games’ Grand Theft Auto series is probably not an alien term to you. The have-it-all larger-than-life video game series has captured hearts and souls across the world with its unrestricted gameplay and breath holding stories. GTA 5 came out in 2013 and has since been ruling the charts in the industry. However, it’s 2018 and the world of gamers has seen it all in the game, which is why a new instalment in the series is due. And good news — the rumour mill is already buzzing with GTA 6 news.

A recent YouTube video by ‘The Know’ indicates that some insider sources with Rockstar have confirmed that GTA 6 is already in works and will bring back the circus to the fictional Vice City after 2002’s GTA Vice City. Vice City is a fictional reimagination of Miami and appeared in GTA Vice City. Like Rockstar Games brought back Liberty City from GTA 3 into life in 2008’s GTA 4, the reimagined Vice City in GTA 6 should enjoy a drastic improvement in graphics and scale. View hints of South American inspired setups are also expected to be included in parts of the storyline.

However, the rumour doesn’t stop there. GTA 6 is supposed to come up with a female protagonist for the first time in the history of the GTA series. The worlds of GTA have always shown a sarcastic approach to the society from men’s perspective. Therefore, a female lead character could certainly bring a breath of fresh air and fun to the city. There could be a possibility that the female protagonist could be joined by two male counterparts, with the player having the ability to switch between them during the gameplay, like GTA 5.

Lastly, the rumour also hints at a possible 2022 launch date, which makes sense considering the studio is finalising Red Dead Redemption 2 for a late 2018 launch. Even though there’s a lot of time left for this mega GTA to come out, it is expected to be a mega revenue generator for the publisher like its predecessors.