The startling finding is by scientists of the government-owned National Centre for Cell Science (NCCS) in Pune. 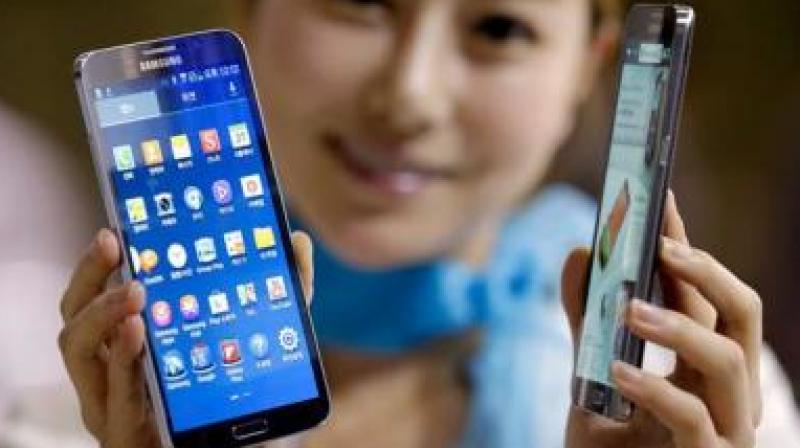 Scientists here have identified three new species of microbes that flourished on mobile handsets. How grimy are the ubiquitous mobile phones?

Reports from Western nations have suggested that mobile phones are more often dirtier than toilet seats, with some smart phones even known to harbour deadly drug resistant bacteria.

The startling finding is by scientists of the government-owned National Centre for Cell Science (NCCS) in Pune who have been able to identify three new species of microbes from screens of mobile phones.

Two bacteria and fungus, never before reported in scientific literature, were identified by this laboratory funded by the Department of Biotechnology.

Earlier a study done in 2015 by William DePaolo, an assistant professor in the Molecular Microbiology and Immunology Department at the University of Southern California, found that toilet seats usually contained three different types of bacteria but mobile phones on an average housed some 10-12 different types of fungi and bacteria.

Mobile phones since they are carried in almost all human environments from the kitchen to the public transport harbour a larger diversity of micro-organisms. These microbes grow well on the sweat and grime left on the phones as humans carry them around.

In Pune, Yogesh S Shouche and his team from the Microbial Culture Collection group of the NCCS collected samples from 27 mobile phone screens and they were able to isolate 515 different bacterial types and 28 different fungi.

These microbes are friendly to humans and usually thrive on our bodies, says Praveen Rahi, a co-investigator for the work.

The team used sterilised cotton swabs and sterile saline solution to wipe from the surface these microbes which were then grown using standardised culture media at 30 degrees centigrade.

There is some good news, Rahi emphasises.

In the samples they collected none of the highly dangerously pathogenic microbes like Staphylococcus aureus, the most common multi-drug resistant superbug. Yet he emphasises they did not actively sample smart phones used by healthcare workers where these super-bugs usually reside.

This Pune finding on the hygiene of mobile phones suggests that the situation is not as bad in India even though in this nation of 1.3 billion people there are more mobile phones than toilets.

On the other hand, a 2015 study from Alexandria in Egypt where more than half of the 40 samples collected from doctors at the university hospital harboured the super bugs.

This week, the World Health Organisation (WHO) gave out an alarming finding that 12 families of microbes were winning the war against anti-biotics and humanity urgently needed to discover new chemicals to kill these super bugs.

The WHO said, "antibiotic resistance is growing, and we are fast running out of treatment options."