Technology   In Other news  06 Aug 2020  Nintendo achieves profit target as more people take to gaming during lockdown
Technology, In Other news

Sony Corp., which too has a game unit with its PlayStation series, also reported positive results earlier this week. 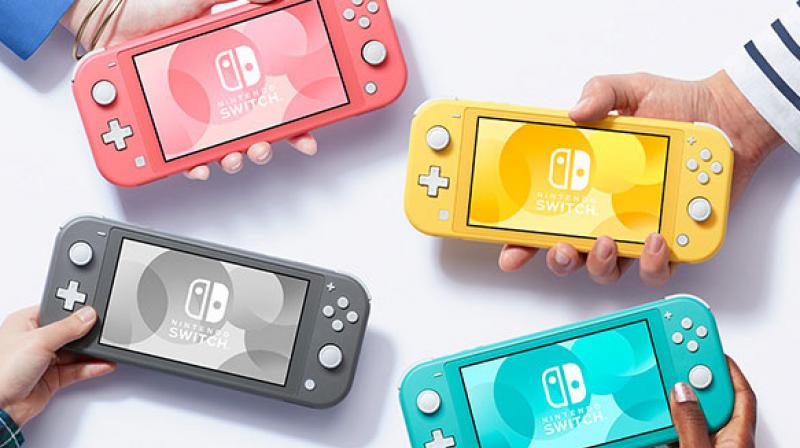 Nintendo Switch sales, both of the handheld machines and software games, were zooming amid the pandemic. The various online games in its lineup, including those for mobile devices, were also drawing more people. (Photo of Nintendo Switch Lite | Nintendo.com)

Tokyo: Nintendo Co.’s profit multiplied more than sixfold in April-June as people stuck at home during the pandemic turned to playing video games.

The Japanese manufacturer of Pokemon and Super Mario games, as well as the Switch console, reported Thursday a profit of 106.4 billion yen ($1 billion) in the fiscal first quarter, up from 16.6 billion yen last year.

“Ring Fit Adventure,” which has players exercising while jogging in place holding a ring that works as controller, was also a hit. It has already sold 4 million units since going on sale in October.

Nintendo Switch sales, both of the handheld machines and software games, were zooming amid the pandemic.

Nintendo said various online games in its lineup, including those for mobile devices, were also drawing more people.

Although the coronavirus outbreak has swamped economies in the worst contraction since the Great Depression, some businesses like Nintendo are thriving.

Japanese and electronic and entertainment conglomerate Sony Corp., which also has a game unit with its PlayStation series, also reported positive results earlier this week.

Other technology companies, such as Apple and Facebook, are reaping the benefits of people turning in droves to online activities.

Nintendo acknowledged COVID-19 had caused a shortage in parts to produce the Switch, but such problems were being gradually fixed.

The company stuck to its previous forecast for a 200 billion yen ($1.9 billion) profit for the fiscal year through March 2021. That’s slightly lower than the nearly 259 billion yen Nintendo earned the previous fiscal year.