The first image of the OnePlus 7 Pro successor has surfaced and as of now, there’s no concrete reason to be excited. 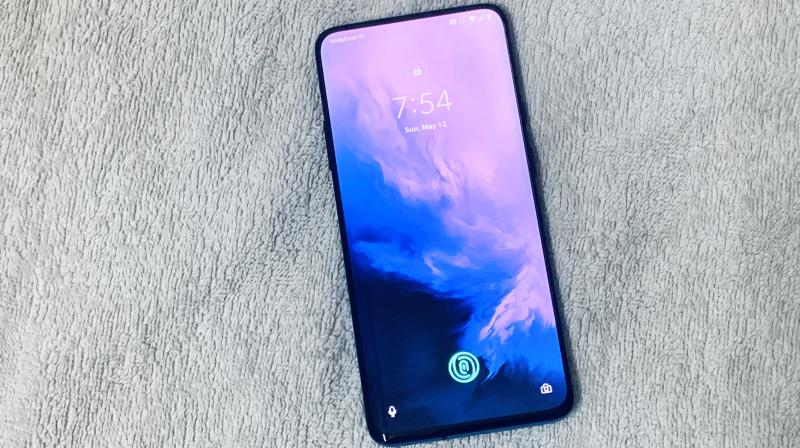 Earlier this year, OnePlus launched the 7 Pro and it is the standout handset of the year. The Chinese-based smartphone manufacturer set the benchmark of what it is to launch a smartphone with great specifications at an unmatchable price. However, like every year, the success of its first flagship of a calendar year won’t dissuade them from unveiling its next flagship. And this is where the OnePlus 7T Pro comes in, a handset that’s believed to launch in November and will bridge the gap between Android rivals and itself in terms of specifications. 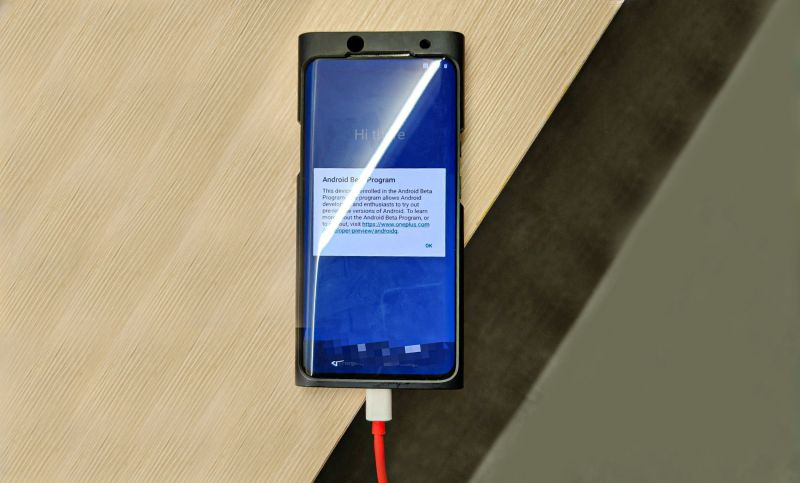 The image in question was uploaded on Chinese micro-blogging site Weibo and it shows off the display only as the rest of the handset is housed in a protective casing to conceal its design. From this leaked image, it is plain to see that the OnePlus 7T Pro will feature an all-screen front without any notch or punch-hole cutout. As you can see the case is larger at the top to accommodate the pop-up selfie camera while the secondary cutout in the casing could be for the microphone. We can also see the curvature of the display at its edges and the earpiece is just as large as the OnePlus 7 Pro. From the image, we can see that there is no real difference between this and the OnePlus 7 Pro.

However, the only telling difference here is that the OnePlus 7T Pro runs on a beta version of Android Q.