Technology   In Other news  06 Apr 2020  Myth believers burst crackers in India, set fire to 5G cellphone towers in UK to drive out coronavirus
Technology, In Other news

A conspiracy theory that 5G radiofrequencies damage immune systems are baseless, as this myth buster proves 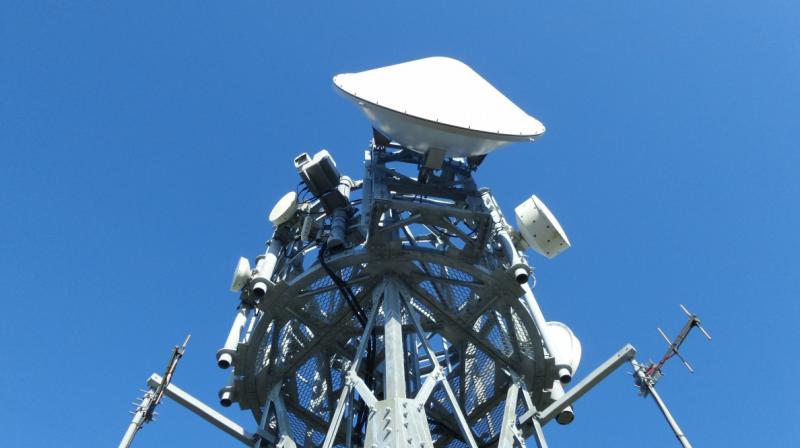 Radio waves emitted by cellphones or mobile phones and cellphone towers, as well as microwave ovens, do not damage cells of the body.

Chennai: While Covidiots in India banged plates, in the belief that sound frequencies would kill the coronavirus, and burst crackers to scare away the virus “demon”, another myth in the UK fuelled arson on cellphone towers—a conspiracy theory that 5G network uses radiowaves that compromise the immune system of the body and allow the coronavirus to thrive.

The police in the UK are investigating at least three cases of cellphone towers being set afire in Birmingham, Liverpool and Melling.

The incidents prompted the UK’s Department for Digital, Culture, Media and Sport to bust the myth on Twitter. "There is absolutely no credible evidence" of a link between the coronavirus spread and 5G technology, the tweet said.

It’s just as well that we do not have 5G in India, or we might have seen this theory spreading like wildfire on WhatsApp groups—where astrological humbug is shared widely, trumping science and rationale.

In the UK, however, it was false information masquerading as purported science itself that sparked arson. An “activist and philosophy lecturer at the Isle of Wight College” was quoted by the tabloid Daily Star as saying that electromagnetic radiation from 5G suppresses the immune system and damages cells in the body.

Another myth that caused concern was a hypothesis that said pathogens communicate with each other through electromagnetic signals before infecting a host.

1)  Take inspiration from Sherlock Holmes. First examine the messenger. The person making the claims about 5G compromising immune systems is allegedly a lecturer of philosophy. Philosophy has nothing to do with electromagnetic radiation or the immune system.

One might take the person’s words seriously if they were an immunologist, that is an expert on how the immune system of the body works, or a physicist who studies electromagnetic waves. Even then, such a theory would have to be peer-reviewed before it can be accepted.

2) The hypothesis about pathogens communicating through electromagnetic signals referred to bacteria, and not to viruses. More importantly, the 2011 research paper that the Daily Star tabloid pointed to is disputed, fullfact.org reported. That means other scientists who reviewed the study have disagreed with its findings. Therefore, it is not considered scientific fact.

Non-ionising radio waves do not damage cells, whereas higher frequency radio waves emitted by X-ray machines and CT scan equipment are thought to cause cancer if a person is exposed to them for too long. That is why at least six months' gap is recommended between two CT scans on a person.

4) Why is 5G, not 4G or 3G, being targeted by conspiracy theorists? 5G technology uses a higher frequency of radio waves than 4G and 3G. Yet, it is well within prescribed safety limits. The maximum levels of electromagnetic radiation emitted by 5G equipment measured by UK’s communications regulator Ofcom was about 66 times lower than the safety limits set by international guidelines.

5) Apart from the science, logic too busts the 5G myth. Countries such as Iran, which had the world’s sixth largest population of Covid-19 infected persons, more than 58,000 on April 6, do not have 5G. In fact, many parts of the UK which have been hit by the virus also do not have 5G networks. This disproves the conspiracy that 5G is the cause of spread of the coronavirus.