The effect of 3D printing on the environment is well-known, but now a recent study has shown that plants may offer a green solution. 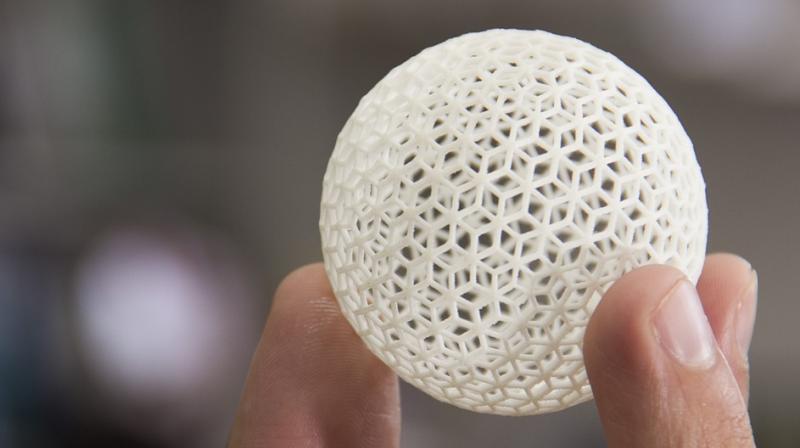 The effect of 3D printing on the environment is well-known, but now a recent study has shown that plants may offer a green solution.

For centuries, cellulose not only formed the basis of the world's most abundantly printed-on material: paper, but also may soon become an abundant material to print with, potentially providing a renewable, biodegradable alternative to the polymers currently used in 3-D printing materials, the MIT research, which appears in the journal Advanced Materials Technologies, found.

"Cellulose is the most abundant organic polymer in the world," said lead author Sebastian Pattinson.

He explained that cellulose is "the most important component in giving wood its mechanical properties. And because it's so inexpensive, it's biorenewable, biodegradable, and also very chemically versatile, it's used in a lot of products. Cellulose and its derivatives are used in pharmaceuticals, medical devices, as food additives, building materials, clothing -- all sorts of different areas. And a lot of these kinds of products would benefit from the kind of customization that additive manufacturing [3-D printing] enables."

Meanwhile, 3-D printing technology is rapidly growing. Among other benefits, it "allows you to individually customize each product you make," Pattinson noted.

Using cellulose as a material for additive manufacturing is not a new idea, and many researchers have attempted this but faced major obstacles. When heated, cellulose thermally decomposes before it becomes flowable, partly because of the hydrogen bonds that exist between the cellulose molecules. The intermolecular bonding also makes high-concentration cellulose solutions too viscous to easily extrude.

"After we 3-D print, we restore the hydrogen bonding network through a sodium hydroxide treatment," Pattinson continued. "We find that the strength and toughness of the parts we get ... are greater than many commonly used materials" for 3-D printing, including acrylonitrile butadiene styrene (ABS) and polylactic acid (PLA).

Cellulose acetate is already widely available as a commodity product. In bulk, the material is comparable in price to that of thermoplastics used for injection molding, and it's much less expensive than the typical filament materials used for 3-D printing, the researchers say. This, combined with the room-temperature conditions of the process and the ability to functionalize cellulose in a variety of ways, could make it commercially attractive.