There have been memes and commentary on social media platforms with the possibility of a war that could affect the entire globe. 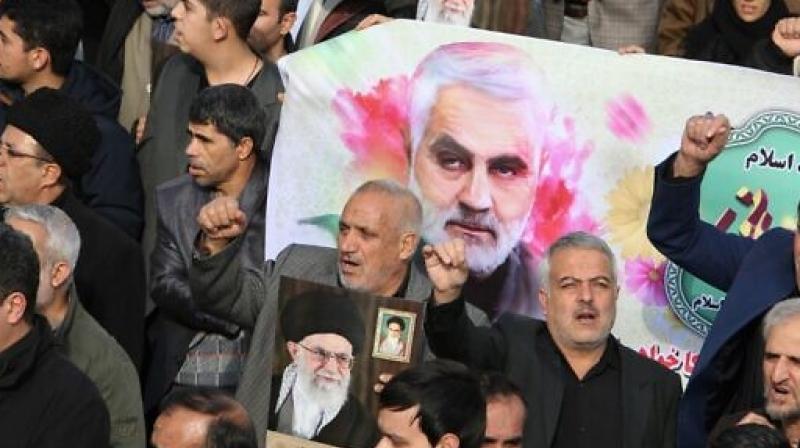 The popular hasthtags included #WWIII, #WorldWar3 and #WorldWarThreeDraft were trending on Twitter which garnered hundreds of thousands of mentions. (Photo: AFP)

Over the weekend, social media was filled to the brim with reactions to the US killing of a top Iranian general Qassem Soleimani and World War III hashtags that started trending online. Users have also been seen posting about fears of a U.S. military draft which further spurned on speculation that the third World War could be looming.

The airstrike on Friday which was ordered by US President Donald Trump sent tensions in the Middle East to skyrocket and sparked fears of an all-out war. In turn, Iranian officials vowed retribution for the killing and Iranian Supreme Leader Ali Khamenei promising to exact “harsh revenge.”

Later on, on Saturday, Trump issued a stark threat to Iran on Twitter by stating that the US had targeted dozens of Iranian strikes in the event of a reprisal.

The popular hasthtags included #WWIII, #WorldWar3 and #WorldWarThreeDraft were trending on Twitter which garnered hundreds of thousands of mentions.

Me and the boys on missile duty during #WWIII pic.twitter.com/pdfh29eT9n

Me dodging Iran’s bullets, after Trump drafts me to fight for World War 3 #WWIII pic.twitter.com/GhIfYanLIR

Jan 2nd: Australia appears to be on fire.

Me and my boys when we in Iran and run out of ammo and have to make our own redneck shit #WWIII pic.twitter.com/t7Qeb32SKD

As per a report by Times of Israel, “The possibility of a US military draft also generated thousands of mentions. There have been no official statements indicating that a draft is in the making, and the last US conscription took place in 1973 during the Vietnam War.

The US Selective Service, which maintains lists of potential draft recruits, on Friday sought to calm fears amid rumors of a draft, writing on Twitter that it was “conducting business as usual.” The agency said its website was struggling under “high traffic volumes” due to “the spread of misinformation.”

Due to the spread of misinformation, our website is experiencing high traffic volumes at this time. If you are attempting to register or verify registration, please check back later today as we are working to resolve this issue. We appreciate your patience.