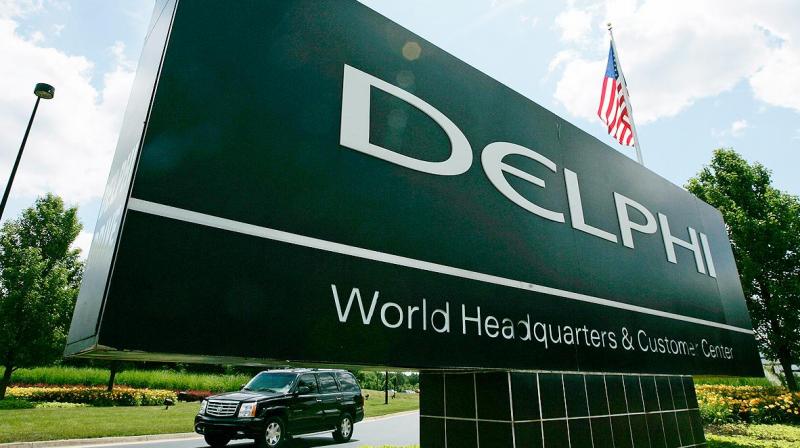 The current estimates for the cost of a self-driving hardware and software package range from $70,000 to $150,000.

Delphi Automotive, which is changing its name to Aptiv, wants to cut the cost of self-driving cars by more than 90 percent to around $5,000 by 2025, according to Chief Executive Officer Kevin Clark.

Aptiv, which starts trading on Tuesday under the stock symbol APTV on the New York Stock Exchange, also wants to help automakers rethink the way vehicles are engineered, built and make money on the data generated by autonomous electric vehicles.

A spinout, Delphi Technologies, will continue to trade under the symbol DLPH on the New York Stock Exchange and will focus on traditional engine components. Aptiv will concentrate on self-driving and other technologies. The changes are effective after the exchange closes on Monday.

While current estimates for the cost of a self-driving hardware and software package range from $70,000 to $150,000, “the cost of that autonomous driving stack by 2025 will come down to about $5,000 because of technology developments and (higher) volume,” Clark said in an interview.

One of the biggest opportunities for cutting costs, Clark said, will come as automakers, working with companies such as Delphi/Aptiv, begin to re-engineer their basic vehicle platforms specifically to accommodate electric motors, batteries and self-driving sensors.

“We’re working now with our customers to optimize” existing platforms, Clark said, and redesign future vehicle platforms that will have fewer components, but much more software, better communications capability and advanced safety systems.

“Looking five to 10 years out, given the amount of software going into the car, the complexity of (self-driving) systems and infotainment systems and the basic architecture of the vehicle needs to be rethought,” he said.

Clark said Delphi, which said in October it was buying self-driving startup noTonomy for $450 million “is always looking at acquisition opportunities to enhance our strategic position,” but has no immediate targets. The company will continue to invest in firms focused on data collection and analysis in order to help manufacturing customers “accelerate product development, reduce warranty costs and monetize data” in new ways, he said.

The high cost of self-driving systems means individual customers aren’t likely to see such systems installed in personal vehicles in much volume before 2025, Clark said.

“You’re going to see more acceptance and more deployment in the commercial market, where there’s economic incentive” and where fleet operators “are in a better position to absorb that cost” than traditional automakers, he said.