Technology   In Other news  05 Nov 2019  Must-have apps to track and tackle air pollution in these smoggy times
Technology, In Other news

Here are five handy apps to have on your phone to understand the air pollution around you and get tips to tackle it. 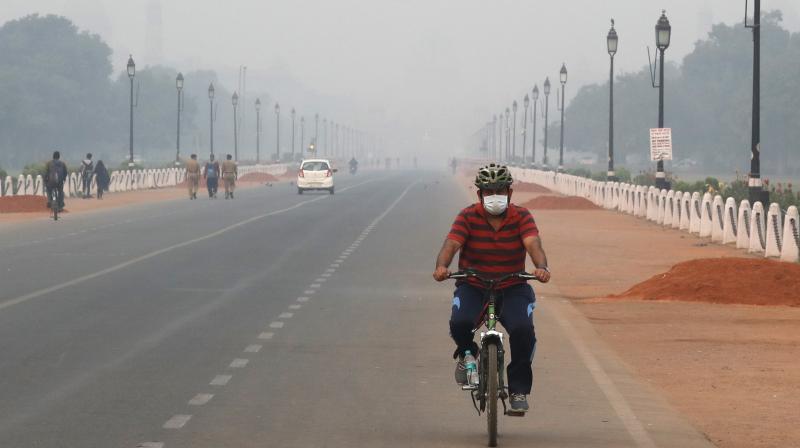 Think Delhi is bad with air pollution? Well, you’re not wrong, it certainly is. But chances are the air around you isn’t very great either, whether you’re inside or outside the most polluted city in the world right now.

Here are five handy apps to have on your phone to understand the air pollution around you and get tips to tackle it.

AirVisual shows you a visual representation of the area around you with pollution indexes at regular intervals of distances to let you know variations in air quality even in close-by neighbourhoods. With an easy-to-use interface, this app provides more localised information rather than a generic status for a whole city.

There is also a comparison tab where you can see the most polluted cities in the world and sulk if you see your own city up there. You can even add a panel in your phone’s notification bar to constantly keep you updated on changing pollution levels.

BreezoMeter is an easy to use all-in-one app that gives you simple real-time information about the air quality around you in a graphic format. You can also open the map view to view a thermal-like map view to see the variation of air quality in your city or region.

A pro version also gives you the ability to add ‘family members’, who also need to be on the app, so you can track how much your whole family is affected by pollution irrespective of where they are.

Plume gives you a time-based forecast of the air pollution in your city. While you get a generalised number for the whole city, which isn’t very accurate to the exact location you are in, you do get a forecast dial which you can spin and see whether updates for every minute of the day, along with adjacent days.

The app also has a World Air Pollution map where you can see graphical representations of pollution throughout the globe, with various pollution levels marked in different colours. An added perk is the app lets you take pictures with real-time pollution based filers and share them on your social media handles like Instagram.

While other apps are about measuring and keeping track of the air quality around you, Sameer, by the Central Pollution Control Board is what you’d use to take action against pollution. The app allows you to lodge complaints in areas with pollution issues and attach pictures along with text too. While the app itself is a little slow and requires patience to operate, the interface here is easy to understand.

You can post and track complaints, and also see what pollution complaints other users have put up in your locality. Additionally, the app also offers an Air Quality index which can be checked for various cities and areas in either a listed or a map view.

This app specifically targeted at residents of India’s capital city Delhi is an informative awareness creation effort to make citizens aware of where Delhi stands compared to some of the other big cities of the world.

There is just one main page of the interface that lists Delhi on the left and other cities on the right and showcases the various air quality stats in real time. There are also simple panels with a general information page about air pollution straight from the developer.