EU aims at deal on digital tax by year end

EU governments agree that tax rules should be changed to increase levies on digital services that are currently undertaxed. 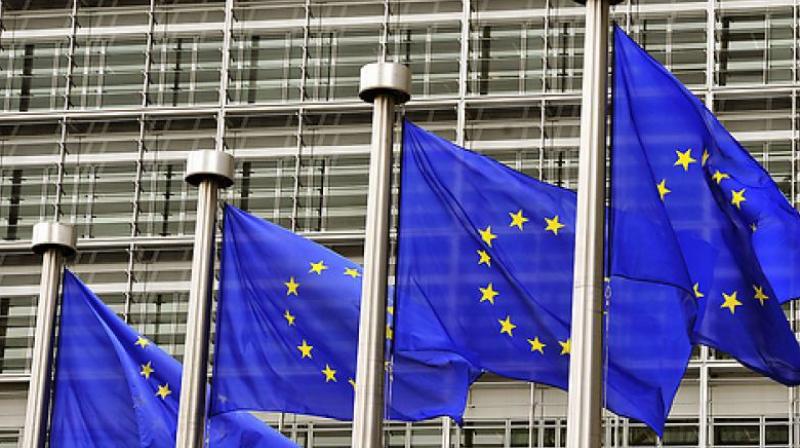 Smaller states with lower tax rates such as Luxembourg and Ireland, which host large American multinationals, want EU changes to come together with a global reform of digital taxation.

European Union finance ministers will this week discuss proposals to adopt a tax on companies’ digital turnover by the end of the year, a document prepared by the Austrian presidency of the bloc said.

EU governments agree that tax rules should be changed to increase levies on digital services that are currently undertaxed but are at odds on the process to reach this target.

Smaller states with lower tax rates such as Luxembourg and Ireland, which host large American multinationals, want EU changes to come together with a global reform of digital taxation, which has been under discussion for years to no avail.

Larger states, such as France and Italy, which claim to have lost millions of euros of tax revenue due to digital giants’ shift of taxable profits to lower-tax countries, want a quick solution.

They support the European Commission’s proposal for an EU-wide 3 percent tax on digital revenues of large firms that would be introduced before a global overhaul of tax rules.

Austria, which currently holds the EU’s rotating presidency, intends to move forward with the 3 percent tax plan, it said in a paper seen by Reuters that will feed into discussions on the subject at a meeting of EU finance ministers on Friday and Saturday in Vienna.

While waiting for a global deal, EU states “face the risk of erosion of the corporate taxation bases already now and might be tempted to act unilaterally,” the Austrian document said, urging “a uniform approach” for an interim EU solution based on the Commission proposal.

Eleven of the 28 EU states are already considering their own national measures, the document said, warning against the risk to the EU common market if no common plan was quickly agreed.

Austria will ask ministers whether they agree on focusing work on an EU temporary solution that should be agreed upon by the end of the year, according to the paper.

To overcome some of the criticism of the measure, Vienna is proposing to reduce the scope of the tax, which would no longer be applied to the sale of users’ data as in the Commission proposal.

Only revenue from online advertising services, in which Google and Facebook excel, and from virtual marketplaces, such as Amazon, would be subject to the new tax, under the Austrian plan.

Some 200 companies would fall within the scope of the new tax proposed by the Commission, European officials said, estimating additional annual revenues of about 5 billion euros ($5.7 billion) at EU level.