The claims center on the same Apple practices highlighted in a lawsuit brought by consumers. 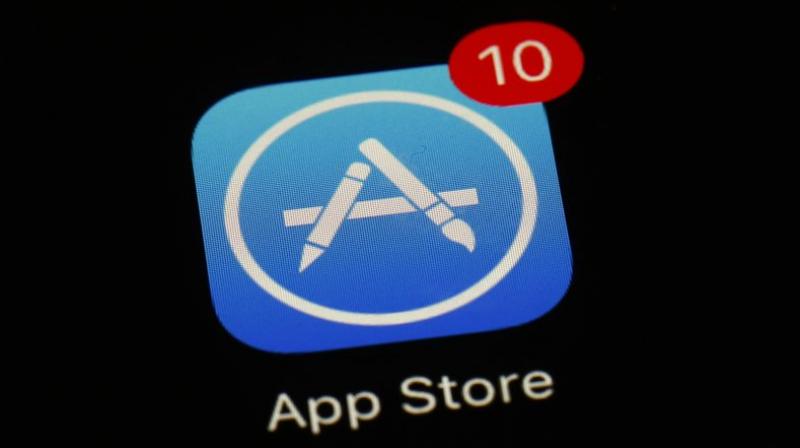 Apple has also emphasized that free apps that do not use its billing system are hosted and distributed at no cost to developers beyond a USD 99 fee to be part of its developer program. (AP Photo/Patrick Semansky, File)

Two app developers on Tuesday sued Apple Inc over its App Store practices, making claims similar to those in a lawsuit brought by consumers that the US Supreme Court recently allowed to proceed.

California-based app developer Donald R. Cameron and Illinois Pure Sweat Basketball alleged in federal court in San Jose, California that Apple engaged in anticompetitive conduct by only allowing the downloading of iPhone apps through Apple’s official App Store. Apple also requires developers to price their apps in tiers ending in 99 cents and takes up to a 30 per cent commission from developers on the sale of apps.

“This practice is analogous to a monopsonist retailer paying artificially low wholesale prices to its suppliers,” the developers said in their suit. “In both paradigms a competitive market would yield better post-commission or wholesale prices, and fairer profit, for developers’ digital products.”

The claims center on the same Apple practices highlighted in a lawsuit brought by consumers, arguing that Apple’s practices have artificially inflated the price of software in the App Store.

That case presented a legal question of whether consumers had standing to sue Apple because it is developers, not consumers, who have a contract with Apple to be in the App Store and pay fees. But the US Supreme Court last month said the consumer lawsuit could proceed.

Courts have not yet ruled on the merits of either case. The lawsuits are playing out as regulators in the European Union have received a complaint from Apple’s streaming music rival Spotify Technology SA.

Spotify has said that Apple's App Store policies make it unduly difficult to compete for paying subscribers against Apple Music. EU officials have said they want to hear from Apple before taking action on the complaint.

Apple did not immediately respond to a request for comment on the lawsuit.

The company has said it enforces its App Store rules evenhandedly, regardless of whether it competes with app makers, and that many competitors, such as Microsoft Corp’s email apps, thrive on the App Store.

Apple has also emphasized that free apps that do not use its billing system are hosted and distributed at no cost to developers beyond a USD 99 fee to be part of its developer program.

In a recent post on its App Store practices, Apple said 84 per cent of apps on its store are free and that it has generated USD 120 billion in payouts for developers.

“We believe competition makes everything better and results in the best apps for our customers,” Apple said in the post.

The lawsuit is 5:19-cv-03074 in the US District Court for the Northern District of California.