The upcoming leaked build of Windows 10 has provision for the WordFlow keyboard with Swiftkey updates engines. 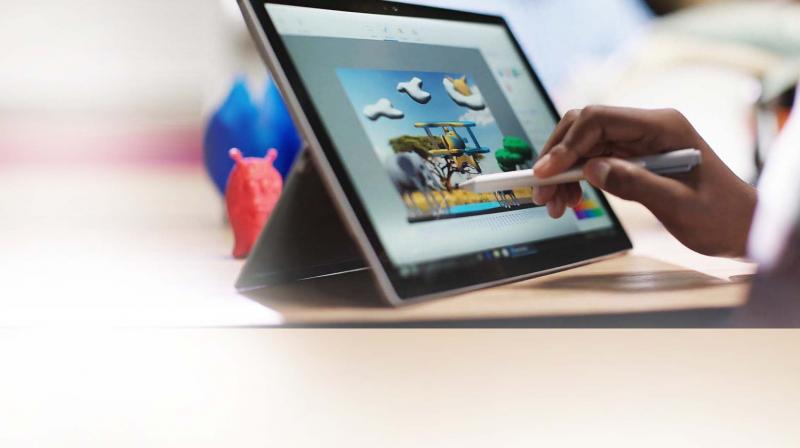 If the benefits of Microsoft’s WordFlow keyboard can be carried over to Windows 10 on tablets, it will make for a much smoother typing experience.

Windows Mobile has been a great platform for showcasing some fine concepts, even though it faces tough times ahead. Many of the features introduced on the platform were copied on popular mobile operating systems. One of the appreciated features was the WordFlow keyboard which came with swipe-based typing, a clear layout and many other advanced features. However, it seems that Microsoft wants to provide that keyboard on Windows 10 for PCs.

According to a Twitter post by @h0x0d, the upcoming leaked build, going by the name of Windows 10 build 16212, comprises of a ComposableShellTextInput, which is based on Swiftkey’s algorithms. No additional information was given by the user. This clearly indicates that the keyboard from Windows Mobile with its advanced features and ease of use is coming to the Windows 10 PC platform. The keyboard could be even better as it will be based on Swiftkey’s engine, a company that went under Microsoft’s leadership last year.

If you are wondering about the relevance of software based keyboard on a device with a physical keyboard, it will be good to know that Windows 10 also comes pre-loaded on touch-based tablet devices. If the benefits of Microsoft’s WordFlow keyboard can be carried over to Windows 10 on tablets, it will make for a much smoother typing experience. The keyboard could fortify Microsoft’s intention of going ahead with mobile devices running full-blown Windows 10, especially after the known partnership of Microsoft and Qualcomm made last year.