Smartphones, tablets may cause speech delays in kids

RAISE images are used to create a data product called a spectrogram. 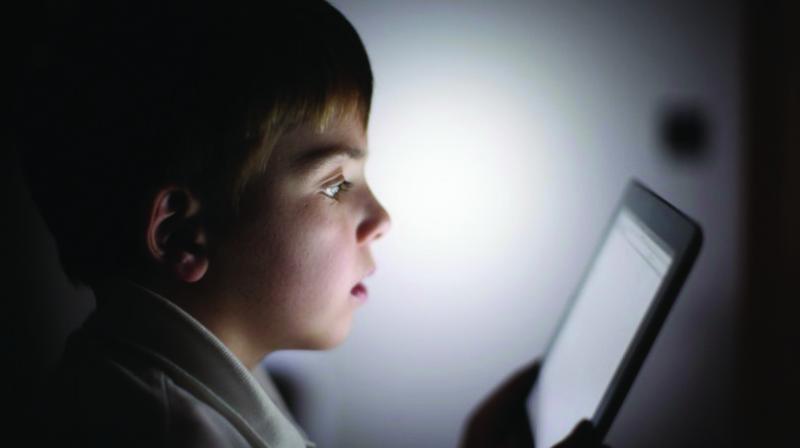 The Rapid Acquisition Imaging Spectrograph Experiment (RAISE) mission is designed to scrutinise split-second changes occurring near the Sun's active regions - areas of intense, complex magnetic activity that can give rise to solar flares, which eject energy and solar material out into space.

A sounding rocket, designed to take 1,500 images of the Sun in just five minutes from about 320 kilometres above the Earth's surface, is set to be launched today, according to NASA.

The Rapid Acquisition Imaging Spectrograph Experiment (RAISE) mission is designed to scrutinise split-second changes occurring near the Sun's active regions - areas of intense, complex magnetic activity that can give rise to solar flares, which eject energy and solar material out into space.

Several missions continuously study the Sun - such as NASA's Solar Dynamics Observatory (SDO) and the Solar Terrestrial Relations Observatory (STEREO) - but certain areas of the Sun demand especially high-cadence observations in order to understand the rapid changes occurring there.

"Dynamic processes happen on all timescales," said Don Hassler, principal investigator for the RAISE mission at the Southwest Research Institute in the US.

"With RAISE, we'll read out an image every two-tenths of a second, so we can study very fast processes and changes on the Sun. That's around five to 10 times faster than comparable instruments on other sounding rocket or satellite missions," said Hassler.

RAISE images are used to create a data product called a spectrogram, which separates light from the Sun into all its different wavelength components.

By looking at the intensity of light at each wavelength, scientists can assess how solar material and energy moves around the Sun, and how that movement evolves into massive solar eruptions.

"RAISE is pushing the limits of high-cadence observations, and doing so is challenging. But that's exactly what the NASA sounding rocket programme is for," Hassler said.

The flight of a sounding rocket is short-lived, and has a parabolic trajectory - the shape of a frown. Most sounding rocket flights last for 15 to 20 minutes, and just five to six of those minutes are spent making observations from above the atmosphere, observations that can only be done in space.

In RAISE's case, the extreme ultraviolet light the instruments observe can not penetrate Earth's atmosphere. After the flight, the payload parachutes to the ground, where it can be recovered for use again.

This will be the RAISE mission's third flight, and the scientists have continuously updated its technology. For the upcoming flight, they have refurbished the detectors and updated the flight software, and the payload carries a new diffraction grating, which reflects light and separates it into its separate wavelengths.

The launch window for RAISE opens at 2:25 pm EDT (11:55 pm IST) in New Mexico. The precise timing of the launch depends on weather conditions, and coordinated timing with other space observatories such as NASA's SDO and IRIS.