The former head of HBO, Richard Plepler, has signed an exclusive production deal with Apple to make TV shows and movies for Apple TV+. 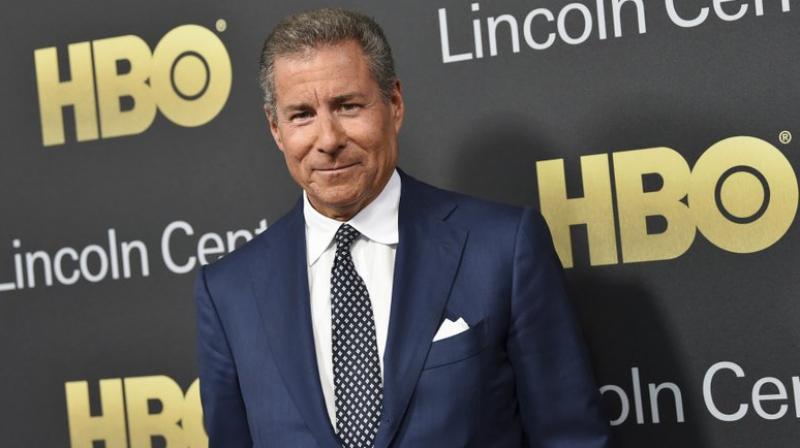 The former head of HBO has signed an exclusive production deal with Apple to make TV shows and movies for the iPhone maker's new streaming service, Apple TV Plus. (Photo by Evan Agostini/Invision/AP, File)

The former head of HBO, Richard Plepler, has signed an exclusive production deal with Apple to make TV shows and movies for the iPhone maker’s new streaming service, Apple TV Plus.

Plepler is well known in the entertainment industry and cultivated HBO’s reputation for “prestige” TV. He left the company after AT&T bought its owner, Time Warner. AT&T began changing Time Warner, now known as WarnerMedia, to fuel the creation of more content for its own streaming service, HBO Max, which is expected to launch this spring. AT&T has kept the HBO name for the service but made it more mass-market than the cable channel, including adding old hit TV shows like “Friends” and “The Big Bang Theory.”

Apple TV Plus launched last fall with a significantly smaller catalogue than Netflix, Disney Plus and other streamers. It’s aiming for quality, stocking its TV shows and movies with Hollywood stars and power players. Its handful of shows landed mixed reviews from TV critics, but one of the most high-profile, “The Morning Show,” received several Golden Globe nominations. Apple has not disclosed how many subscribers it has. It has a potentially huge customer base among Apple’s loyal users and the cheapest price of the major streamers at USD 5 a month.

Apple says Plepler’s new production company, Eden Productions, based in New York, will be a “boutique” shop that makes a “few select” shows and movies — a strategy that could bring to mind HBO’s old approach. Plepler said in a statement that he’s excited to work with the team at Apple, which he called “one of the most creative companies in the world” and the “perfect home” for his “next chapter.”

Plepler is a good fit with Apple, which for now is focusing on quality original programming over building a big library of shows and movies, said Michael Greeson, the president of Diffusion Group, a media research firm.