A leaderboard shows the top-earning user has raked in more than $50,000. 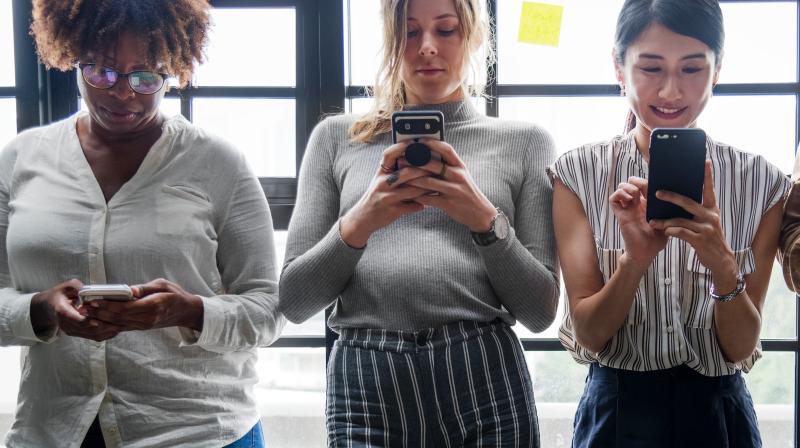 With its unusual pay-your-user strategy, Qutoutiao Inc has drawn in 20 million daily readers.

Cai Li, a janitor in Shanghai, developed a serious addiction to news app Qutoutiao, lured by gossipy articles about celebrities and the cash she gets from reading them.

Logging on during breaks at work and sometimes at night when she can’t sleep, the 63-year old has earned a few hundred yuan ($30-$40) over several months, which she says is useful to supplement her income.

With its unusual pay-your-user strategy, Tencent-backed Qutoutiao Inc - pronounced “chew-tow-ti-ow” - has drawn in 20 million daily readers. A leaderboard shows the top-earning user has raked in more than $50,000.

Digital gold coins are earned by playing games that involve reading stories or by convincing others to join up. The current exchange rate is 1,600 coins for 1 yuan, with strong players receiving the title of ‘master’.

The payments are an extreme example of financial incentives from discounts to coupons employed by a new generation of Chinese internet firms as they seek to establish themselves in a market dominated by much bigger players.

On one hand, it has worked. The news aggregator, which listed in the United States in September, tripled its number of daily users over the last year. Third-quarter revenue - nearly all of it from advertising - jumped more than six times from the same period a year earlier to just under 1 billion yuan ($145 million).

But the strategy doesn’t come cheap, even if individual amounts paid to users are ‘trivial’ - a word it used to describe the payments in its IPO prospectus.

Qutoutiao spent over 1 billion yuan on marketing in the last quarter - more than its revenue, nearly the amount of its net loss and over seven times what it spent in the same period a year ago.

“It is getting more and more expensive to get traffic,” Chief Financial Officer Wang Jingbo told Reuters in an interview, but said the cash giveaways were a key hook and a long-term strategy.

“It’s the eyeball economy. Previously, people had to spend money to see content, but with the changing internet they no longer have to pay...Not only are they not paying - users now need to earn something as well.”

Since surging on its trading debut, its shares have lost three-quarters of their market value, hurt by a wider economic chill that has hit Chinese stocks and disappointing earnings. It is now worth around $1.3 billion.

Industry experts question how long firms like Qutoutiao can sustain cash-burning habits and how they will become profitable.

“It’s very messy. If you lower the amount of money, users will lose interest. But if you raise it, the cost is too high,” said Wei Wuhui, an academic and managing partner at tech-focused venture capital fund SkyChee Ventures.

More broadly, concerns are growing about how some Chinese tech firms, including household names, are generously using discounts and other means to subsidize customers while also taking on other costs in the pursuit of market share.

Meituan Dianping - a ‘super-app’ whose services include food delivery, restaurant reservations and ride-hailing - saw its stock plunge last month after quarterly operating losses tripled amid a bruising price war with its main rival.

“This (stage) is purely cash-burning to create a foundation. But in the end you have to deliver value and be profitable. If you don’t make profits, no-one will subsidize you and finance you forever.”

Qutoutiao - whose name means “fun headlines” - targets smaller cities and rural areas with content that ranges from cooking tips to videos on how to dance.

CFO Wang said he hopes to have 200 million monthly users at some point, getting towards the estimated 250 million currently commanded by rival news aggregator Jinri Toutiao. Qutoutiao had 49 million monthly active users as of July.

Several Qutoutiao users said their main interest in the app was the money, but complained it was becoming harder to earn.

Zhai Liyun, 45, a temp worker who lives on the outskirts of Beijing, said she read “clickbait” stories before bed but so far had only earned 20 yuan because most of her friends were already on the platform.

Cai, the janitor, said she was cutting back after her eyesight suffered and she lost weight from going on the app too much - prompting an intervention from her husband and daughter.

“I’ll play in the evening if I can’t sleep but I won’t lose sleep over Qutoutiao. I try not to think about it too much now,” she said.