The workshop was conducted by the District Information Office, District Office and Police Administration. 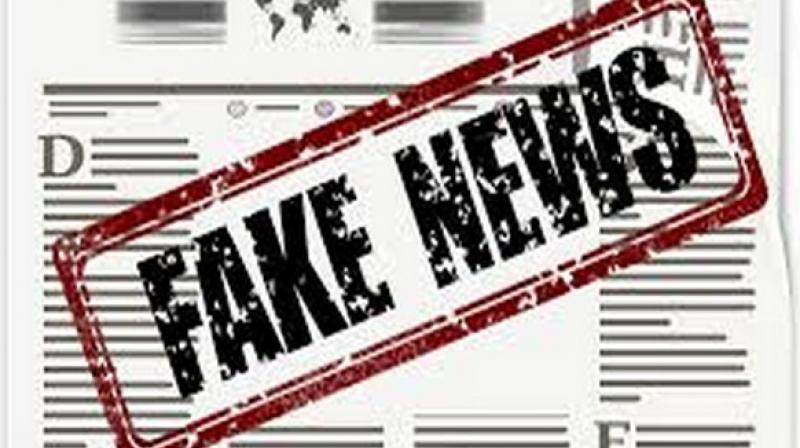 Presenting the same news in a different manner misrepresents the facts. (Photo: ANI)

With rumours on various social media platforms triggering lynching incidents in several parts of India, the local authorities on Friday conducted a workshop titled 'How to Avoid Fake News' for journalists residing in the region.

The workshop was conducted by the District Information Office, District Office and Police Administration, just a few days after two men were killed by a violent mob following their fake video were circulated on social media.

While addressing the batch of journalists, Charansingh Kayet, the chief of Government Institute of Forensic Science, explained to the participants that presenting the same news in a different manner misrepresents the facts and leaves a negative impact on the society.

He also reflected on a few other subjects such as machine learning, artificial intelligence and neural network, which aggravate the production of fake news online.

"Each day as many as 200 million people are active on Facebook and Whatsapp who are capable of manipulating the news that can create troubles in near future," Kayet added.

Talking to ANI regarding the same, Commissioner of Police, Chiranjivi Prasad, assured that the authorities would organise more programmes in schools, colleges, and public places in order to save people falling prey to fake news.

In an attempt to battle fake news in India, the Whatsapp on July 20 had announced that they would soon launch a test to limit forwarding on the messaging app.

In a statement, Whatsapp had stated, "In India - where people forward more messages, photos, and videos than any other country in the world - we will also test a lower limit of 5 chats at once and we'll remove the quick forward button next to media messages."