Bots of love and care

Chatbots with Emotional Intelligence are programmed to connect with people at a deeper level. 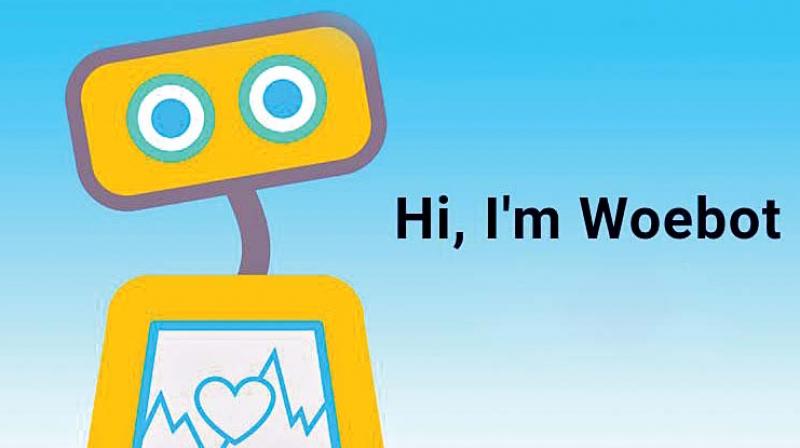 In a study by Stanford University, Woebot, another one in the league, was noted to have reduced anxiety and depression in 18-28-year-olds. The bot reports once a day, asking questions like ‘how are you feeling’ or ‘what is your energy like?’

‘Hey man, what’s up? Everything good with you?’ It feels so nice when someone lends an empathetic ear when you are an emotional wreck. But don’t worry if there’s no one around. In the not-so-distant future, chatbots can balm your soul. Chatbots with Emotional Intelligence (EI) seem to be the future of AI. Yes, just like Caleb Smith’s humanoid Ava (Ex Machina) and Vaseegaran’s robot look-alike Chitti (Enthiran), these chatbots seem to be pulled straight out of science fiction story.

These bots work on the deep learning model, a form of machine learning that can be ‘supervised, semi-supervised or unsupervised’. And they learn to ‘speak’ like humans and ‘talk’ back.

Just recently had Hugging Face, a chatbot startup, raised $4 million in seed money, much to the awe of tech world. The digital companion lets ‘bored teenagers’ exchange ‘text messages, photos and emojis’ to make the bot know what they feel like.

The chatbot Ella on the website www.pille-danach.de and Tabatha from Facebook Messenger have managed to earn good track records in the healthcare industry.

Ella has come at a time when the company was looking for an ‘easy-to-talk-to dialogue partner’ to advice women who have taken the morning-after pill. “In that situation, most women are emotionally heavily taxed and often unsure – unsure who to talk to and where to find the answers to their questions. With our conversation design, Ella guides them through the most important questions and helps to quickly get the urgently needed information on the morning-after pill,” the portal Raconteur.net quotes Nadine Scholl, a brand manager for women’s health.

In a study by Stanford University, Woebot, another one in the league, was noted to have reduced anxiety and depression in 18-28-year-olds. The bot reports once a day, asking questions like ‘how are you feeling’ or ‘what is your energy like?’

Then there is Tabatha to bring medical advice to people having symptoms of asthma. It helps them with self-identification of the disease rather than being a  doctor.

Another EI-powered chatbot, Replika, has been downloaded over two million times since it was launched last November. Developed by Eugenia Kuyda, it was a ‘digital memorial’ for dear friend Roman Mazurenko. For many, Replika is now a friend to ‘celebrate victories, lament failures and trade weird internet memes’.

Machines taking over men has always been debated and these EI-enabled chatbots are no exception as they “raise questions about the ever more intimate relationships between humans and computers,” writes Wired.com.

Once it grows from the state of infancy and  goes beyond the big E’s — emotion and entertainment — there are wider implications in healthcare, public relations, marketing and communications, education, global PR, legal, manufacturing and transportation sectors.