A Sneak Peek at Nier: Automata

Gamers got a taste of the upcoming action-RPG Nier: Automata after a demo was released. 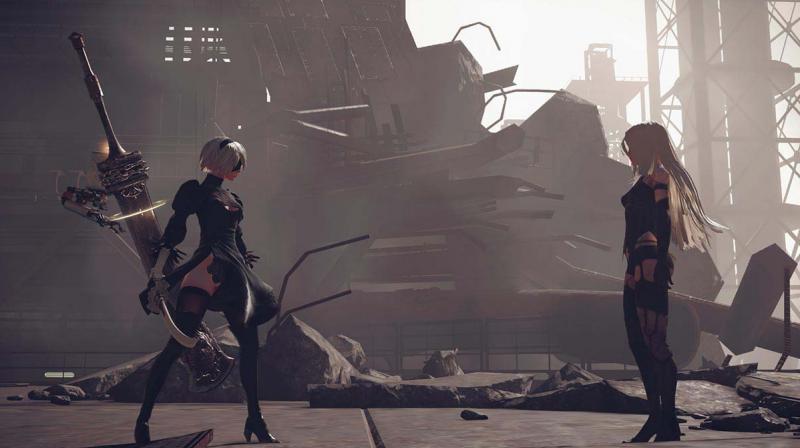 While demos were common many years ago, they have now been replaced by multiplayer betas. But, Square Enix gave people a taste of their upcoming action-RPG Nier: Automata and released a demo for the game on the PlayStation store. The game is set in the post-apocalyptic future and players control an android by the name of 2B.

Most of your time will be spent going through linear levels, fighting different types of robots. Though the enemy types belong to the usual categories, playing it is so much fun that it didn’t matter.

Players have two swords equipped, one in light and the other, the heavy attack slots. Dodging plays a key part during combat as well as a lock on system which allows you to fire infinite bullets. The system is not very different from Final Fantasy XV. The visual effects and animations are impressive. During combos, your sword would hover in the air for half-a-second, before 2B gracefully grabs it to move on to the next attack. The entire sequence works smoothly. The same can be said for the dodging mechanic as 2B seemingly splits into four before coming together and unleashing an attack.

There were a lot of RPG mechanics that were locked in the demo. The level design is creative and the game seamlessly switches from 3D to 2D to topdown without breaking immersion. The combat system and attacks remain the same.

Platinum games need to win the consumer’s confidence back and this demo gained a lot of positive attention for an otherwise low-key game. It showcased their ability to make fun combat systems and epic fights and the visual design will make the world and its story more interesting.

Nier: Automata is scheduled to release for PS4 on March 17, 2016. The game has also been confirmed for PC with an unknown release date.