India has taken the lead to become the fastest growing Internet user market in the world. 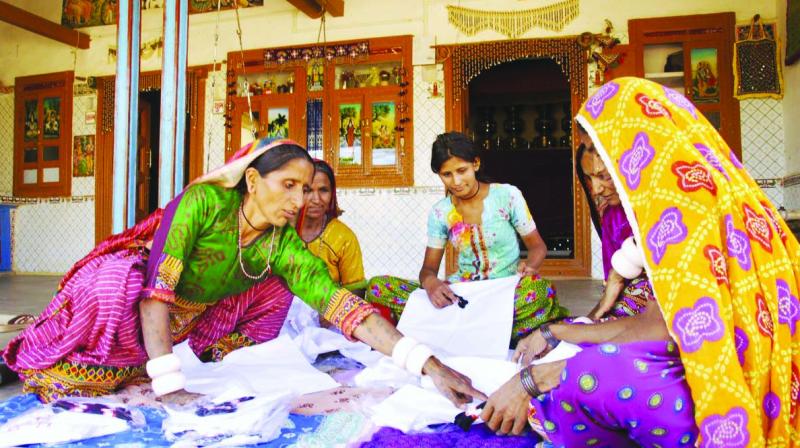 Google says that they have been working hard to change this male:female ratio of new Internet users in rural India by introducing the Internet Saathi program.

If you talk to a few women deep within the rural village areas of India, and ask them what they wish, you will be probably be surprised by their answers.  “We want to find jobs online,” “I want to see temples,” “I want to be able to buy from my mobile,” “I want my kids to learn English,” “We wish we could talk to our phones in our own native language.” These are a just a bunch of answers that a few women revealed.

Previously, these women were afraid to even touch a smartphone, worried that they will spoil it. However, things are soon changing. They are now demanding services that can help them get more from the Internet — they have come a long way.

Even as India has taken the lead to become the fastest growing Internet user market in the world, Google states that most of India’s Internet is still dominated by its male users. ‘The digital gender divide is even wider in rural India where digital literacy amongst women continues to be a challenge, this combined with socio-economic challenges are the major barriers that prevent women from using the Internet,’ says Google.

Google says that they have been working hard to change this male:female ratio of new Internet users in rural India by introducing the Internet Saathi program. Launched with a pilot in Rajasthan in July 2015, they announced their plans to scale the program, to cover 300,000 villages across India in December 2015.

Google now shares that the Internet Saathi program, in partnership with Tata Trusts, is live in over 100,000 villages across ten states in India.

There are over 25,000 Internet Saathis who are working everyday across these villages, and are helping over 10 million women learn about the Internet and how they can use it in their daily lives.

Several Internet Saathi’s in rural India are learning about the Internet or their own needs and for their families, kids and their communities.  These Saathis are now increasingly seen as change agents in their villages and continue to find more support from the communities and village heads for their work.

Google has reached this milestone and is looking at measuring the impact of the program. Findings of the research from IPSOS, a market research company on the socio-economic impact of improving digital literacy amongst women in rural India, is providing Google with insights on what more needs to be done. Almost 90 per cent of women who have attended the trainings with the Saathis have a better understanding of Internet, and on an average 25 per cent of women who have learned to use the Internet continue to use the Internet today. At 35 per cent, Gujarat is presently having the highest percentage of women continuing to use the Internet after attending the program, while Rajasthan rides at 17 per cent, which is the lowest.

The research findings state that the primary use case for Internet is to learn new skills and find information.

Impact on social standing of women in rural India:

Economic Impact: Overall, 33 per cent trained women think that their economic condition have improved by learning new skills on the Internet.

Women feel that Internet has helped them to supplement their income in their existing occupation; income increased by an additional 1 per cent in the villages where training was conducted; and those who continue to use internet in their daily lives believe they have upped their income additionally by another 4 per cent.

Loaded with insights and learnings from the last two years, Google is continuing to expand the program further and have started to roll out Internet Saathi program in Haryana and Bihar, covering around 1,000 villages, and 7,000+ villages respectively.