Kaspersky reinforce collaboration with INTERPOL in the fight against cybercrime

This is the second agreement between the two parties following the first signed in 2014. 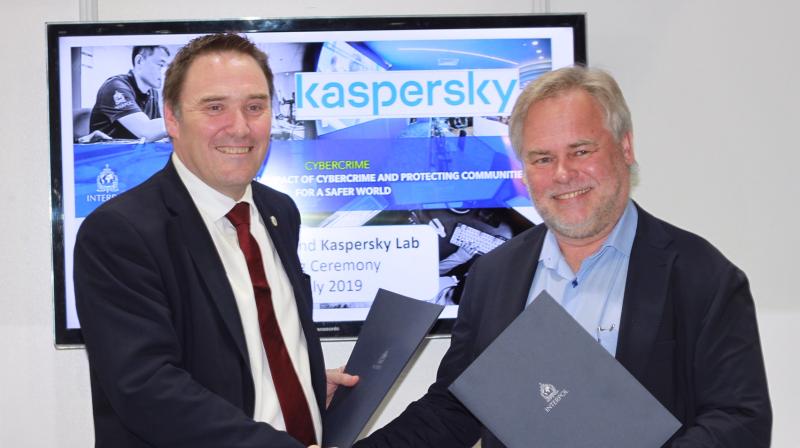 This cooperation strengthens the existing relationship between the two organizations, ensuring information and technology sharing can support INTERPOL in cybercrime-related investigations.

Kaspersky, a global cybersecurity company, and INTERPOL have signed a new five-year agreement to reinforce their collaboration in the fight against cybercrime around the world. This is the second agreement between the two parties following the first signed in 2014.

On July 3, Eugene Kaspersky, CEO of Kaspersky, and Tim Morris, Executive Director of Police Service at INTERPOL, signed a contribution agreement under which Kaspersky will provide human resources support, training, and threat intelligence data on the latest cybercriminal activities to INTERPOL, strengthening the organization’s cyberthreat hunting capabilities. The signing ceremony took place at INTERPOL World 2019, which is currently underway in Singapore.

This cooperation strengthens the existing relationship between the two organizations, ensuring information and technology sharing can support INTERPOL in cybercrime-related investigations. Within the new agreement, Kaspersky will share information about its cyberthreat research and provide the necessary tools to assist with full digital forensics, aimed at strengthening efforts on the prevention of cyberattacks.