Technology   In Other news  03 Mar 2020  US Elections: Cybersecurity experts raise concern about EVM manipulation in Super Tuesday voting
Technology, In Other news 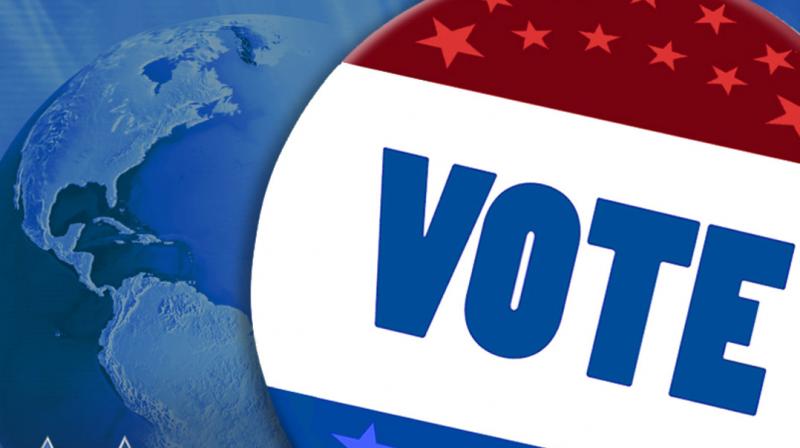 . Voters in a few places will be using new electronic voting machines that produce a paper record of voter selections while some voters in Texas, Tennessee and Oklahoma will be using older ones considered vulnerable by election security experts. (Photo | US Air Force)

Atlanta: Tuesday's US presidential primaries across 14 states mark the first major security test since the 2018 midterm elections, with state and local election officials saying they are prepared to deal with everything from equipment problems to false information about the coronavirus.

States have been racing to shore up cybersecurity defences, replace aging and vulnerable voting equipment and train for worst-case scenarios since it became clear that Russia had launched a sweeping and systematic effort to interfere in the 2016 presidential election.

In 2016, the Russians weaponised social media to sow discord among Americans, scanned state and local election systems for cyber vulnerabilities and deployed the targeted release of stolen campaign emails and documents.

The recent outbreak of the Coronavirus could present a bad actor with an opening to spread false information to keep voters away from the polls.

This year,a mobile app deployed in Iowa by the state Democratic Party failed spectacularly the night of the Feb. 3 caucuses and delayed reporting of initial results for nearly 24 hours.

Some states use computerised voter lists to check in voters, while others rely on paper. Voters in a few places will be using new electronic voting machines (EVMs)vthat produce a paper record of voter selections while some voters in Texas, Tennessee and Oklahoma will be using older EVMs considered vulnerable by election security experts.

Even among the new, many rely on a type of bar code that could be manipulated so the printout reflects a voter's choice but the bar code does not. Election officials who defend ballot-marking devices say there are many security safeguards to prevent problems.

In California, a new publicly owned computerised voting system _ the first of its kind in the nation _ will face a crucial test in Los Angeles County, the nation's largest elections jurisdiction with 5.4 million registered voters.

The new system won conditional state approval despite serious security and technical issues, with the county ordered to offer all voters the option of using hand-marked paper ballots. An estimated 63 percent of voters were already expected to vote by mail using hand-marked paper ballots. Such ballots are considered the most reliable by election security experts because paper can't be hacked _ or altered by programming errors.