As another popular video-sharing app comes under the scanner for failing to protect data on children, stringent cyber laws is the need of the hour. 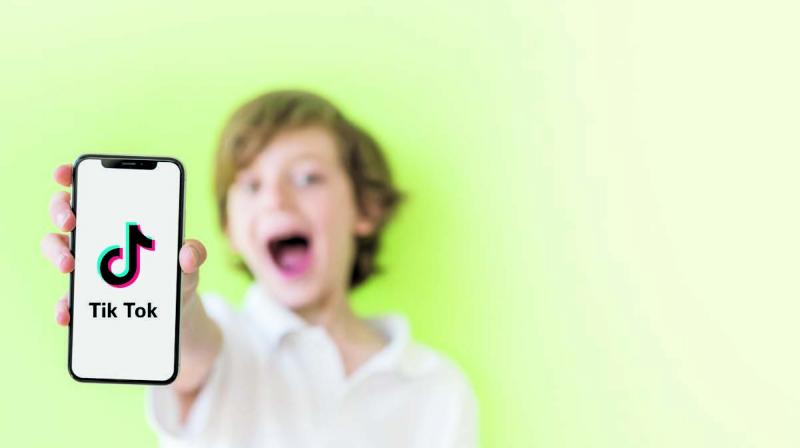 Children are massively at risk due to the lack of legal framework like COPPA.

The raging lip-sync app TikTok that allows users to create short videos has seen a dedicated user base in the country. From Bollywood stars to your next-door neighbour, Indians have used the social-media app to lip-sync to quirky movie dialogues, songs, and even dance and upload the videos online. Although despite its escalating popularity, the app has gained significant notoriety for having had allegations of  having weak policy for ensuring the data privacy of children, subsequent data collection and even featuring instances of lewd and sexual content.

In one of the most recent actions taken against the app, the parent company Beijing Bytedance Technology Co has been slapped with a fine of $5.7million by US Federal Trade Commission (FTC) for allegedly collecting personal data from children below the age of 13 without seeking parental consent. Moreover, in India, the Tamil Nadu government recently called for a ban on the app alleging that it hosts sexually-explicit content and have an under-aged user base of children on the platform.

With almost half of the users being Indians, it is no secret that TikTok has found user base in children, but with the US taking a strict measure to ensure the protection of data  of its under-aged citizens, it sure is a wake-up call for the Indian government. The cyber-crime investigator Ritesh Bhatia reveals that with children accessing apps like these, there is an extended risk of them becoming victims of pedophilia. “The Internet has become the breeding ground for pedophiles. So what is happening is that when you share the location, the profiling of the children becomes really easy. A lot of profiling takes place of the children and the databases are created. And more importantly, on the dark web, there are image boards where all these images are put up,” he reveals. Also, the ability to share the content on other social media apps like Facebook, Instagram, among others narrows down the search pool, hence making stalking of the users easier.  He further adds that, if leaked, there is a risk of the illegal sale of data in the commercial corporate market.

The FTC was able to slam the fine on account of Bytedance’s violation of Children’s Online Privacy Protection Act (COPPA) that requires child-oriented websites to get parents’ consent before collecting personal information from children under 13.  However, since India lacks dedicated cyber laws with legal provisions to protect the privacy of the children, the young users are at greater risk in the country. “Children are massively at risk because we don’t have enabling legal framework like COPPA. Consequently, Indian children stand risk of potential consequences. The data goes unbridled and unconditionally to the app servers located outside of India. Once the data is outside of India, it can be used against the children to their detriment,” enlightens Supreme Court Advocate Praveen Duggal who is an expert in cyber law. He further adds that the onus for the protection of data ultimately falls on the service providers. “The responsibility of the service provider is to make sure that they put adequate mechanisms to prevent access by the children. The service provider is an intermediary in Section 2 of the Information Technology (IT) Act and under Section 79 of the IT act, the service provider is mandated to exercise due diligence. So protecting children from such access also becomes part of this diligence,” he enlightens.

Deconstructing why children access these apps, the cyber-psychologist Nirali Bhatia, reveals that this is the curse and the boon of the Digital Age. “At this particular age, of course, there is a lot of need in these kids to become popular, to become accepted in their peer group and all, so these kinds of platform give them easy access. They provide the entertainment and challenges, so it’s like a one-stop shop for them and they are doing it sitting at home—they don’t have to go anywhere or spend any money. It is easy to access and at the same time if it turns out good, popularity is what attracts them the most.”

There is no contesting that to protect the children against such high risks, there is a dire need for the government to make stringent Data Privacy Laws with a special focus on children.  Additionally, incorporating cybersecurity as a part of the education curriculum is the current need of the hour. As Nirali concludes by elucidating, “When a child is young you teach them road safety. So the same way we have to teach them the etiquettes of the Internet, the kind of language and digital hygiene they should follow. They should be aware of crime possibilities because awareness is the only way.”