Cancer from cellphones? New study says no need to hang up

Studies of cellphone users had found little reason for concern, but the newest research took a closer look at the effects. 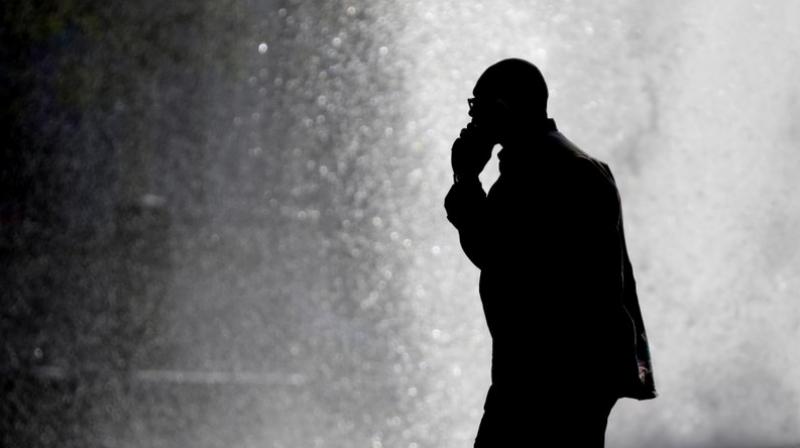 In December, the state of California put out a guide on how people could reduce exposure to radiofrequency from cell phones if they’re worried, such as using earphones or texting instead. (Photo: AP)

Two government studies that bombarded rats and mice with cellphone radiation found a weak link to some heart tumours, but federal regulators and some scientists say don’t worry — it is safe to use your device. They still do. Previous studies of cellphone users had found little reason for concern, but the newest research took a closer look at the effects of super-high doses in animals to address some lingering questions that could not be tested on humans.

The rat study released Friday found a small increase in an unusual type of a heart tumour in male rats, but there were no significant problems in female rats or in a separate study of mice. In particular, scientists could not find hard evidence for concern about brain tumours. The lead author of the research, John Bucher of the National Institute of Environmental Health Sciences, is not changing his cellphone use or advising his family too.

“I am actually holding my cell phone up to my ear,” Dr Otis Brawley, the American Cancer Society’s chief medical officer, said in an interview after reading the studies.

The rodent studies do not reflect real-life cellphone use, he cautioned. “These draft reports are bound to create a lot of concern, but in fact, they won’t change what I tell people. The evidence for an association between cell phones and cancer is weak. And so far, we have not seen a higher cancer risk in people. But if you’re concerned about this animal data, wear an earpiece.”

The findings of the rare nerve-tissue tumour discovered in the hearts of male rats do not translate directly into a concern for humans, Bucher stressed. Bucher’s agency conducted the $25 million study at the behest of the Food and Drug Administration, which quickly said cellphones are safe.

“The current safety limits for cell phones are acceptable for protecting the public health,” FDA radiation health chief Dr Jeffrey Shuren said in a statement. Bucher said typical cell phone use is “very, very, very much lower than what we studied.”

Rats and mice were bombarded for nine hours a day for up to two years with a radiation level so high that humans would only experience it briefly, such as when a phone with a weak signal expends more energy searching for a stronger one, Bucher said at a news conference. “At best it might be a weak carcinogen.... if, in fact, it is a carcinogen,” he said.

Confusingly, the radiated rats somehow lived longer than comparison rats that were not exposed to cell phone radiation. Bucher said that could be just chance, or it could be that the radiation reduced inflammation in the rats, which in turn decreased the risk of a rat disease. The toxicology program released preliminary results two years ago and finalized them Friday. The earlier report showed a hint of increased brain tumours in male rats, but the final results did not bear that out. The new rat study found what it called “equivocal evidence” for increases in DNA damage, brain tumours and a few other cancers, but it was not clear that it was related to the cellphones.

“Evidence of DNA damage was seen in some tissues of some animals, but we don’t feel we have evidence to comment on the biological significance,” Bucher said. Still, it was surprising that the rodents did experience a variety of other effects, even if they were not at high enough levels to be considered significant and possibly linked, said Leeka Kheifets, an epidemiology professor at the University of California, Los Angeles, and a former head of radiation studies for the World Health Organization.

“There is some concern that there is so much activity going on,” she said, also speaking from a cell phone. But “it’s not like the sky is falling, a huge effect. Definitely not.”

The findings failed to reassure longtime critics of cellphone radiation, such as David Carpenter, head of environmental health at the State University of New York in Albany. Carpenter said the studies were not large enough to uncover some rare problems and that the claim of “equivocal” findings of brain tumours “cannot be dismissed.”

“It’s not anywhere near as dangerous as cigarettes, but is there a real hazard from excessive use? Yes,” Carpenter said from a landline.

In 2011, a working group of the International Agency for Research on Cancer said cellphones are possibly carcinogenic. But numerous studies over the years, before and after that listing, have found little evidence of a problem. Among the largest studies, a 2010 analysis in 13 countries found little or no risk of brain tumours, with a possible link in the heaviest users that the study’s authors found inconclusive. And a large Danish study that linked phone bills to a cancer registry found no risk even from more than 13 years of cellphone use, according to the latest update in 2007.

In December, the state of California put out a guide on how people could reduce exposure to radiofrequency from cell phones if they’re worried, such as using earphones or texting instead.