Technology   In Other news  02 Aug 2019  Chinese smartphones will soon have screen-to-body ratio of 100%
Technology, In Other news

Chinese smartphones will soon have screen-to-body ratio of 100% 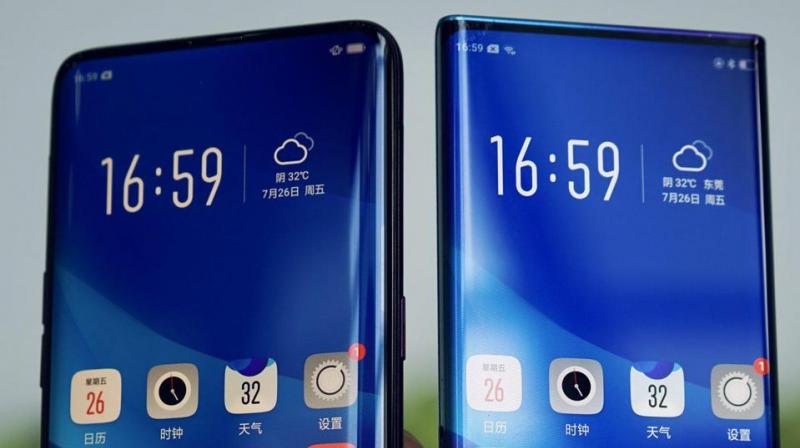 The name seems apt because the content seems to fall off the screen when you scroll across horizontally.

Chinese brands may soon feature displays that curve a lot along the side edges of the phone. Leaks by reliable Twitter source ‘Ice Universe’. Oppo however confirmed the thoughts earlier this week with the prototype images of the huge curvature, which they called the waterfall display, on a screen.

The shared image shows the difference between a conventional screen and the new practicaly side bezel-less waterfall screen. The name seems apt because the content seems to fall off the screen when you scroll across horizontally.

Samsung had developed the curving screens years ago on the Galaxy Edge. The Korean brand was the only one featuring the curvy displays until two years ago. However the new design is a much larger curve, which according to Oppo, bends a whole 88 degrees. The curve on the side is enough to ensure that the power and volume keys cannot exist on the sides.

However, the leaker had revealed that the upcoming Huawei Mate 30 Pro and Vivo Nex 3 will have screens that curve enough to achieve a screen to body ratio of 100 per cent, eliminating the bezels.