Technology   In Other news  02 Jul 2020  Having 8 million advertisers, will Facebook be hurt because a few dozen boycott it?
Technology, In Other news

Data of past boycotts suggests the observable impact is relatively mild, a business intelligence firm said. 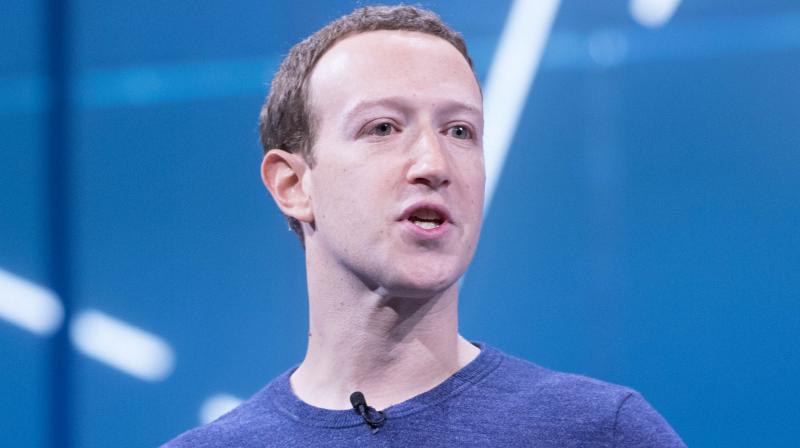 It’s not clear that Mark Zuckerberg will see any reason to bend to meet protesters’ demands. (Photo | Wikipedia - Anthony Quintano)

On Wednesday, more than 500 companies officially kicked off an advertising boycott intended to pressure Facebook into taking a stronger stand against hate speech. CEO Mark Zuckerberg has agreed to meet with its organizers early next week.

But whether Zuckerberg agrees to further tighten the social network’s carefully crafted rules probably boils down to a more fundamental question: Does Facebook need big brand advertisers more than the brands need Facebook?

In a broad sense, the current boycott, which will last at least a month, is like nothing Facebook has experienced before. Following weeks of protests against police violence and racial injustice, major brands have for the first time joined together to protest still-prevalent hate speech on Facebook’s platforms by taking aim at the social network’s $70 billion in annual ad revenue.

After years of piecemeal measures to address hate, abuse and misinformation on its service, Facebook’s critics hope that pinching the company where it hurts will push it toward more meaningful change. As of Wednesday, 530 companies have signed on _ and that’s not counting businesses like Target and Starbucks, which have paused advertising but did not formally join the “Stop Hate for Profit” campaign, which calls its action a “pause” rather than a boycott.

“Many businesses told us how they had been ignored when asking Facebook for changes,” campaign organizers wrote in a letter to advertisers this week. “Together, we finally got Facebook’s attention.”

But Facebook’s already-tarnished public image may sustain more damage than its business. If the ad pause lasts one month, Citi Investment Research analyst Jason Bazinet estimates, the likely impact on Facebook’s stock will be $1 per share. Based on Wednesday’s closing price of $237.92, that’s a decline of less than half a percent.

If the businesses extend their boycott indefinitely, Bazinet suggests the likely impact would be $17 a share, or about a 7% decline. That’s less than the 8% drop Facebook shares sustained on Friday after global consumer-products maker Unilever said it would pause advertising on Facebook and Instagram for the rest of the year.

Also, Facebook shares have already bounced back from that dip.

On Wednesday, Nick Clegg, Facebook’s vice president of global affairs and communications, tried to reassure businesses that Facebook “does not benefit from hate” and said the company has every incentive to remove hate speech from its service. He acknowledged that “many of our critics are angry about the inflammatory rhetoric President Trump has posted on our platform and others, and want us to be more aggressive in removing his speech.”

Clegg, however, offered few concessions, and instead repeated Zuckerberg’s frequent talking point that “the only way to hold the powerful to account is ultimately through the ballot box.” He pointed to Facebook’s get-out-the-vote efforts as evidence of the company’s commitment, along with the billions of dollars, tens of thousands of content moderators and other investments it has made in trying to improve its platform.

While Facebook is making efforts to hear out its critics, it remains clear that ultimate decisions will always rest with its founder and CEO, who holds the majority of the company’s voting shares and could effectively run the company for life, should he desire to.

It’s not clear that he’ll see any reason to bend further to meet protesters’ demands.

At the same time, he added, given these “extraordinary times,” it’s possible that a long-term, pervasive boycott could shift advertising dollars away from Facebook to other companies.

Beyond bad PR, though, experts say the protest isn’t likely to make a lasting dent in Facebook’s ad revenue, in part because plenty of other advertisers can step in. Stifel analysts said in a note to investors this week that “well over” 70% of Facebook’s advertising dollars come from small and medium-sized businesses and “these advertisers may be less concerned with the optics of where their ads are placed than large brands.” Citing data from Pathmatics, Stifel said the top 100 brands spent roughly $4.2 billion on Facebook ads last year, representing around 6% of the company’s nearly $70 billion of total ad revenue in 2019.

Facebook hosts more than 8 million advertisers, according to JPMorgan. “We do not expect significant risk to numbers for Facebook as many other marketers ... will take advantage of potentially lower-priced inventory,” JPMorgan analyst Doug Anmuth wrote in an investor note.