Technology   In Other news  02 Jun 2017  Chipmakers at Taiwan's biggest tech fair look beyond crowded smartphone market
Technology, In Other news

The Computex Taipei event, now in its 36th year, has historically been a central venue for electronic parts manufacturers. 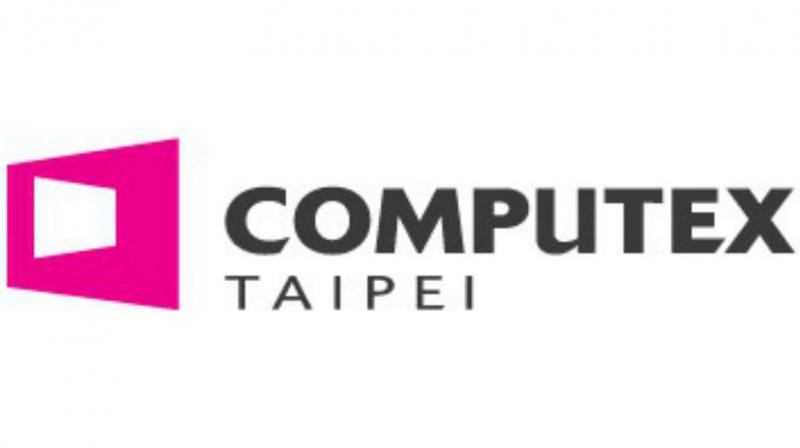 This year, attention is back on core processing rather than novelties, but this time aimed more squarely at the "internet of things" (IoT), a buzzword used to describe connectivity between an increasing range of devices.

Chipmakers switched focus at Taiwan's top tech fair this week with bets on new areas such as driverless cars, virtual reality and artificial intelligence, shifting away from smartphones where intense competition has pushed down components prices.

The Computex Taipei event, now in its 36th year, has historically been a central venue for electronic parts manufacturers to show off their processors and other components, products that play a large part in Taiwan's export-driven economy.

As prices of processors fell, companies pushed into headline-grabbing launches like last year's Zenbo, a child-friendly home robot unveiled by Asustek Computer Inc, that could sing, snap pictures and help in the kitchen.

This year, attention is back on core processing rather than novelties, but this time aimed more squarely at the "internet of things" (IoT), a buzzword used to describe connectivity between an increasing range of devices.

"We are going from hype phase to more a reality phase with real products. You can see them, you can feel them," said Hugo Swart, head of business development and product management for Internet of Things and consumer electronics at Qualcomm Inc.

"I see last year was a year of a lot of promises and this year is a material realisation," Swart said of IoT.

A push to boost artificial intelligence processors, a key technology behind driverless cars, has been a prominent part of the fair.

Nvidia Corp, a visual computing company, focused on its Volta Graphics Processing Unit, the product of $3 billion investment in research and development. This processor will be used in smart cars such as Tesla Inc, which made its first Computex appearance with two of its vehicles on display.

Nvidia is part-owned by Japan's SoftBank Group Corp, which last month announced its Vision Fund - investing in technologies such as artificial intelligence and robotics - had raised $93 billion.

SoftBank also has a majority stake in ARM Holdings, a British software and semiconductor firm present at Computex this year, which expects to ship 100 billion chips globally over the five years, from 50 billion in the 2013-2017 period.

Also at the fair was Foxconn, formally known as Hon Hai Precision Industry Co and a major Apple Inc supplier. The firm is developing technologies such as ones that automate sorting and packaging, to be initially implemented at its own factories before wider release to market.

Fang-ming Lu, corporate executive vice president at the Taiwanese contract electronics maker, told reporters at Computex that smart manufacturing will be the focus of much of Foxconn's new investment.

"Computex seems to have shied away from mobility in favour of 'internet of things', which incorporates aspects of both cloud computing and artificial intelligence," Anshel Sag, associate analyst at Moor Insights & Strategy.

While chipmakers have in past years geared their research and development to meet the demands of the global smartphone market, manufacturers are now putting this technology to other uses.

For example, Goodix, a Shenzhen-based firm that makes fingerprint sensors for smartphone touch screens, is developing similar biometric applications for PCs and automobiles and pushing its technology for other uses like reading patients' heart rates.

"Right now we're focused on things beyond the mobile phone, including PCs and automotives," David Zhang, Goodix founder, told Reuters in an interview. "We're seeing if there are opportunities for us in the IoT wearables and industrial space."