Is your smartphone snooping on you?

Allowing third-party applications access to your smartphone's data puts your information at risk. 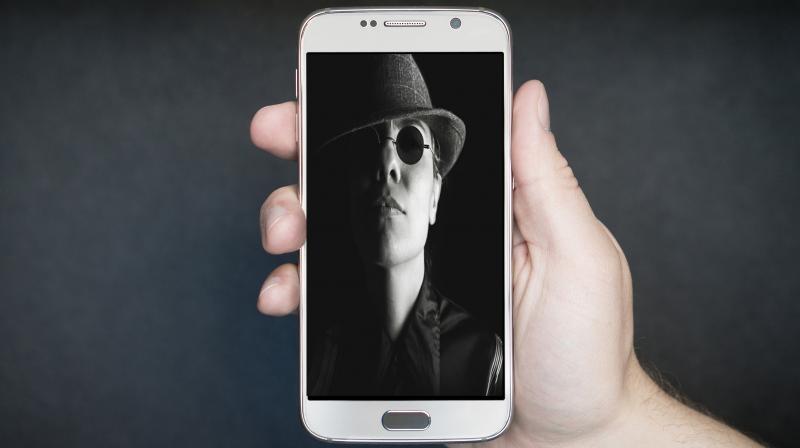 An innocent looking message could be all that is needed to compromise on your privacy- accessing your microphone, your call logs, your locations, your bank details and everything that is very personal to you.

While smartphones are the epitome of modern convenience, these devices which store our personal and professional information like emails, photos, bank details etc. can easily fall prey to hackers and to other malicious activities. With the recent series of data breaches across businesses globally, the concern regarding protecting user data has become more relevant than before. There are many applications in your smartphones that access your private data by taking permissions through pop-ups or otherwise.

You would notice apps like third-party applications, flashlights, etc. asking permissions to access your gallery, messages, calls, which they don’t need. Allowing these third-party applications access to your smartphone's data puts your information at risk. Hardip Singh- Executive Director, Optiemus Infracom feels that the dirty little secret that these ubiquitous devices, which we have with us 24X7, and keep switched on for most of the time, is also a serious threat to our privacy. An innocent looking message could be all that is needed to compromise on your privacy- accessing your microphone, your call logs, your locations, your bank details and everything that is very personal to you. Here’s why:

One of the key features of a smartphone is its ability to locate itself (a surveillance technique) to cell towers, or the integrated GPS chip. Even if you disable the GPS on your phone, it can be tracked via other sensors. While disclosing location data may seem harmless, it can be used for a phishing attack. Worse still, imagine someone with your access to your location and is tracking your every move.

Third party Smartphone apps often ask for more information than is required. And we, sometimes unknowingly allow access when we agree to the app permissions. We need to be a little more cautious as to why these third-party apps need access to one’s personal data like contacts, GPS, gallery access and camera. Users should be more aware of the apps they install and ensure that they download apps from reputable sources only.

Your camera could be watching you

It's absolutely possible to look at a person through the camera on your phone. Smartphone cameras are also a security risk, as they can be activated and used to spy on the owner. Kevin Mitnick the American computer security consultant, author and hacker claims smartphones cameras can be used to spy on its users either installing software on the phone via physical access or via a remote exploitation.

Your Flashlight application could be a hidden privacy threat

For many, the flashlight application can be a lifesaver and tops the 10 most important applications one can have on one's smartphone. But a simple flashlight application turns out to be sourcing a shocking amount of user data when you download it, tapping everything from your calendar to your phone's location engine to your camera. In America, FTC (Federal Trade Commission) went after the makers of "Brightest Flashlight" last year for deceiving users about how it shared geolocation information with advertising networks. But all these can be tracked, thanks to the privacy controls on today's smartphones like the BlackBerry and iPhone, but the truth is that most people don't.

The most positive news in all of this is that the hardware makers like Optiemus Infracom, who is the official licensing partner for BlackBerry devices in India, understand the seriousness of this issue and are addressing it, by introducing BlackBerry devices that are well versed with data security. BlackBerry devices come encrypted with military grade encryption by default to ensure user data is protected and offers the most secure Android experience. The smartphones come preloaded with DTEK security app that helps users to configure their device for optimal security and provide visibility into how applications are accessing their personal data. The DTEK app also tracks applications and notifies when someone is: taking pictures or videos without the user’s knowledge, turning the microphone on, sending a text message, or accessing the contacts or location. There are extra precautions taken at both the hardware and software levels to protect BlackBerry smartphones from malicious tampering.