80,000 people from the ethnic minority interned in Xinjiang camps reported to have been transferred to factories supplying global brands 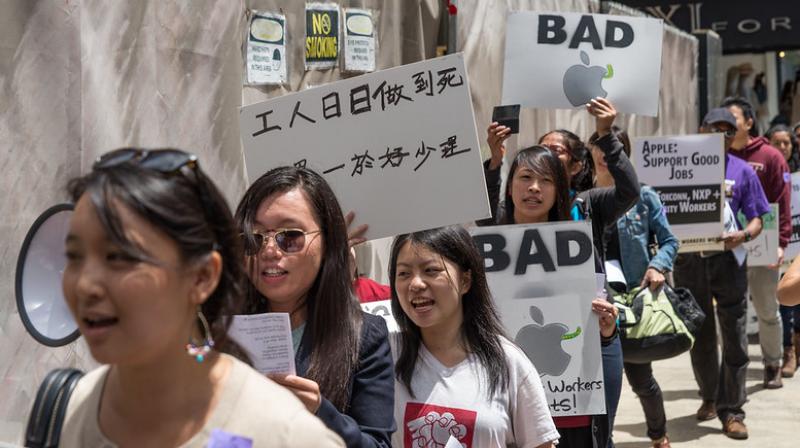 Sydney: Top global brands such as Apple, Sony and BMW have been accused of using the forced labour of China’s Uighur detainees, after an Australian think tank said on Monday that the government has transferring 80,000 or more inmates from internment camps in Xinjiang to factories that manufacture products for some of the world’s leading brands.

“Companies using forced Uighur labour in their supply chains could find themselves in breach of laws which prohibit the importation of goods made with forced labour or mandate disclosure of forced labour supply chain risks,” the report said.

“The companies listed in this report should conduct immediate and thorough human rights due diligence on their factory labour in China, including robust and independent social audits and inspections.”

Volkswagen and Apple, when contacted by AFP, gave the news agency boiler plate statements about commitment to their responsibility to ensure everyone in their supply chain is treated with dignity.

As expected, China’s foreign ministry on Monday slammed the ASPI report as  baseless and accused the institute of attempting to “smear China’s efforts to oppose terrorism and fight extremism in Xinjiang.”

An estimated one million mostly Muslim ethnic minorities have been held in internment camps in Xinjiang.

After initially denying their existence, Beijing cast the facilities as “vocational education centres” where “students” learn Mandarin and job skills in an effort to steer them away from religious extremism, terrorism and separatism.