Technology   In Other news  01 May 2020  Users added aplenty but Google, Facebook, and Twitter lose ad revenues amid covid lockdowns
Technology, In Other news

As travel and shopping shut down, advertising on the three platforms plummeted, but now as lockdown curbs begin to ease, things may look up 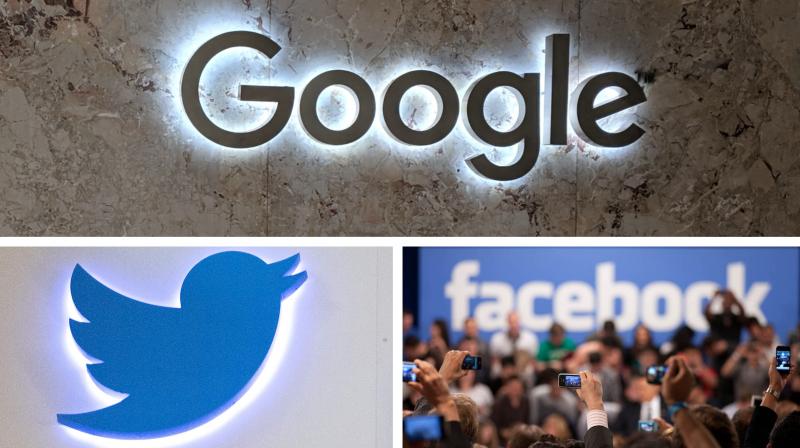 While Google makes revenues from its products too, Facebook and Twitter mainly depend on income from ad sales.

Chennai: Google, Facebook and Twitter have faced a massive drop in advertising revenues as the pandemic halted the functioning of all manner of businesses, except the delivery of essential goods.

The finance head of Google’s parent company Alphabet Ruth Porat said that revenues had been on track to beat expectations in the first two months of the quarter, after which they plummeted in March, when the lockdowns began

While Google products are in greater demand, such as Google Meet for videoconferencing, YouTube for entertainment, Maps to locate nearby businesses selling essentials, Stadia for games, and most importantly Google’s Cloud Computing Services, ads dropped as people could no longer travel or purchase non-essential products.

YouTube revenue jumped 33 percent to $4 billion for the quarter, and Google’s cloud computing division shot up more than 55 percent to $2.8 billion, and Google’s “other revenues”, namely YouTube music and pay-TV services as well as Pixel and other hardware sales jumped 22 percent to $4.4 billion.

Alphabet earned a total of $6.8 billion in profit on sales of $41.2 billion this quarter. But while revenue is up 13 percent, net income is up by just 1.5 percent, mainly due to the fall in advertising which is a huge revenue earner..

Meanwhile, fun fact, Google only began declaring its YouTube and Google Cloud revenues for the first ever time in February after the US Securities and Exchange Commission demanded more transparency.

Preparing for less revenue than expected in the upcoming quarter, Alphabet has announced hiring freezes and cost-cutting especially on marketing.

Facebook is a facing a similar problem. Ads make up the bulk of Facebook revenue but ad revenue was “flat compared to the same period last year”. Nevertheless the social networking company reported profit of $4.9 billion on revenue that grew 17 percent to $17.4 billion during the first three months of this year.

Facebook too notched up more users since the pandemic locked up people in their homes. Its monthly active users grew 10 percent to 2.6 billion while Instagram and WhatsApp users neared three billion.

Ad spending is expected to improve a little as countries prepare to exit lockdown in phases. But costs are set to rise.

While it has created what it calls a “journalism relief fund” to pay some money to news organisations hurting from the economic slump, there is demand from governments in Australia, France and Spain for Facebook as a news aggregator to pay news publishers for content that is shared across the platform.

Although Facebook still posted profits despite growth slowing compared to its targets, the other popular social network Twitter posted a loss in the past quarter. Falling advertising revenue was the main cause. A large proportion of ads on Twitter came from sporting events, all of which were cancelled since the coronavirus became a pandemic.

A bright spot amid the grim quarter for Twitter is that its user base jumped 24 percent by 14 million new users, with the total number of daily active users on the micro-blogging platform standing at 166 million.

While revenue went up by a marginal 3 percent, Twitter posted a loss of $8.4 million as ad revenues plummeted 27 percent compared with a year ago between March 11 and 27.

Advertising in general on all three tech-enabled platforms, Google, Facebook and Twitter are expected to slowly come back as restrictions on travel begin to ease in the coming months.

But all three platforms have also been investing in battling misinformation, hoaxes and scams especially related to the coronavirus, which is adding to costs.

However, with tech-enabled services and social networking becoming all important in a socially-distanced world, Google, Facebook and Twitter are expected to bounce back within a few months. Besides, compared to major non-tech-enabled companies that have been devastated during the past quarter, one could say that the trio are thriving.