Boult Audio Bassbars A4 review: A new dimension of sound

A budget-friendly soundbar that converts to twin tower speakers. 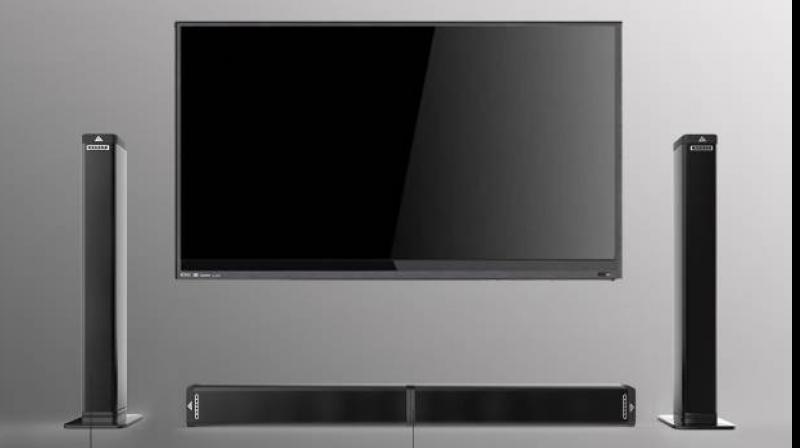 Built with a combination of glossy black plastic and a metal grille, this speaker looks undeniably elegant.
Rating:

When Xioami introduced the Mi soundbar earlier this year, it blew the market wide open with its fabulous pricing. Since then, not many manufacturers have been able to step up and pose a threat to its dominance; that is, until now.

Boult Audio, a brand that’s steadily building a name for itself in India has recently launched the Bassbars A4 soundbar. Unlike most speakers of this type that have been around for a year, this model has the unique feature of being separated at its centre to convert into twin tower speakers. If any of you have heard a soundbar achieve this trick, raise your hand now. 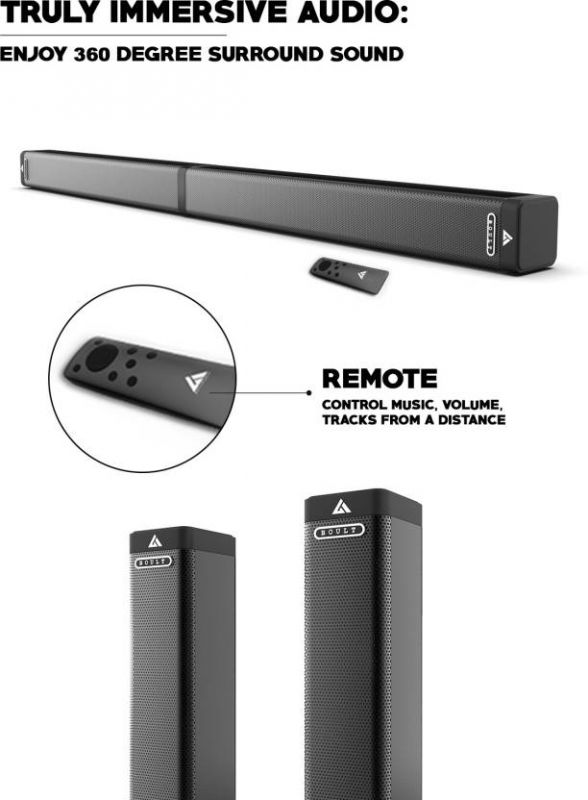 The selling price of this home audio solution is a sure shot excuse to purchase the Bassbars. Seldom would you find an option from a reputable brand to be sold at such a competitive price. While the price is one of the motivating factors to purchase it, the design is the reason confirms that it’s a must buy product.

The Boult Bassbars 2.0, which is what it is also called, comes with the unique feature of being a convertible speaker. In the past, we have seen tablets, laptops and other such tech that’s convertible but never something quite like this in the home audio segment. Major ups to Boult for adding a product such as this in its repertoire. 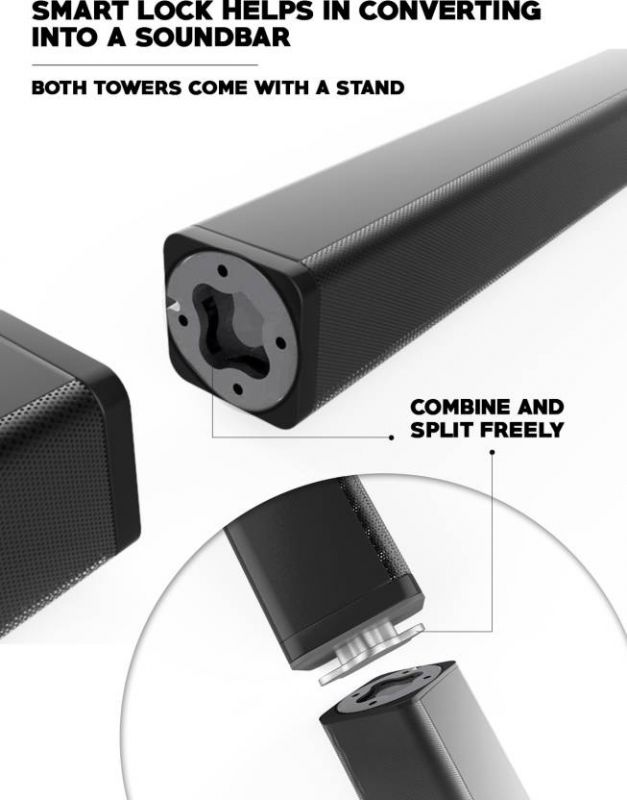 In terms of appearance, Boult uses a pretty straight-forward design philosophy here as it comes with a black finish that fits in with most homes and can complement most televisions available. By coming in this colour, it automatically gives it an edge over the Mi Soundbar which just comes in a white colourway that’s quite a dust and dirt magnet. That’s not to say that this speaker doesn’t attract dust; it just doesn’t show as visibly.

Built with a combination of glossy black plastic and a metal grille, this speaker looks undeniably elegant and completely betrays its price tag. Even though this speaker is priced this competitively, it still looks as stylish as rivals that cost even up to twice the amount. When used as a soundbar, it measures about the size of a 42-inch television and while separated, it stands about one and a half foot high. Even though it looks great as a tower speaker, I preferred to use it as a soundbar as I felt it suited my living space better. However, the choice is completely up to you regarding this and it’s great that you finally get a multi-option when it comes to a speaker system.

Like most soundbars available in the market, the physical connections happen on the reverse with their being inputs for power, a 3.5mm audio jack and RCA. Controls are located on the side and these include power, play/pause, track adjustment and volume. Interestingly, Boult hasn’t sacrificed on any other input features and have also included slots for USB and a TF card. All these ports and connections are located on the right speaker with the left being used as a tag along. When used as a single unit, both speakers are connected by a single short cable that makes it highly convenient. To use it as satellite speakers, there is a longer connector that’s also bundled in the packaging.

Boult has added another surprise here with the Bassbars. Apart from being placed in front of the TV or as satellite speakers, this audio solution can also be wall mounted making it very versatile indeed.

Boult also throws in a remote control that adds a dose of convenience to your life and this is something we really appreciate here as it has a wide number of features that can be accessed without needing to physically get up from your comfortable position.

The Boult Audio Bassbars come with micro tweeters and subwoofers on each unit with its output rated at 40W. It comes with Bluetooth v4.2 with A2DP that offers a range of up to 10-metres from the audio source. While this option will mostly be paired with televisions, you can also use it with smartphones, tablets and laptops making it an all-around entertainment system for your home.

During the testing period, we paired it with an LG 42-inch television and various Android and iOS smartphones. The connection was strong throughout and even when used from a distance of slightly over 10-metres, the connection did not falter. This is one of the strong points of the Bassbars. 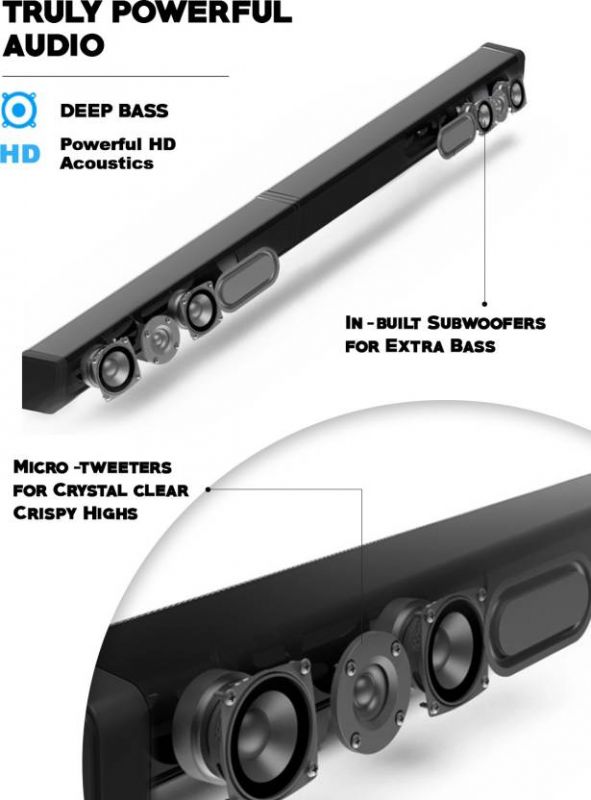 Being a soundbar, Boult Audio aims to emulate a 360-degree surround sound and the speakers do offer a cinematic experience as it adds to the overall movie watching experience. Coming with Dolby Digital Plus you do get a surround sound experience that’s ideal for home theatre setups as it offers high-fidelity audio without high bandwidth needs for some lossless formats.

The audio quality is decent here and it does have a bass impact that’s desirable and doesn’t distort at even medium to high volumes. Highs have a reach here but better reproduction is found on rival models. Mids, on the other hand, do get drowned out at times; but not enough to ruin our experience. Overall, if you’re looking for a casual speaker system that can complement your home, then this is a great choice; however, if you want an option that produces above average and stellar performances, there are other options available in the market. 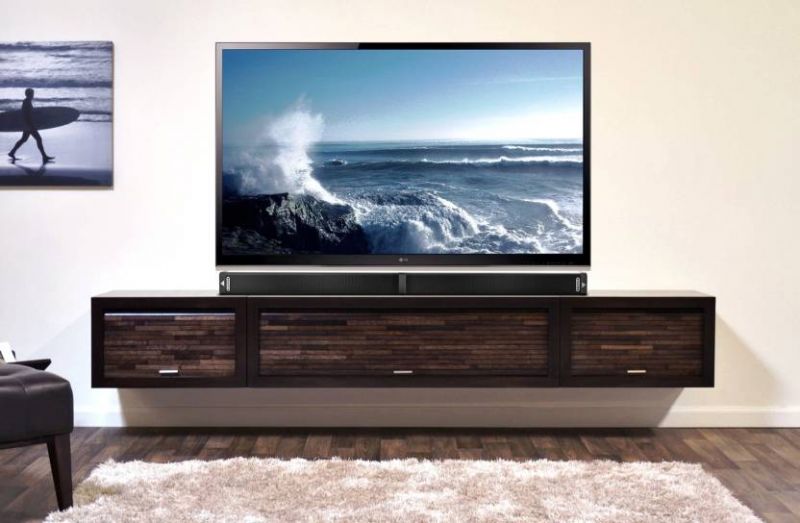 The Boult Bassbars A4 is priced at Rs 4,999 in India and for the number of features they have thrown in; it’s well worth your cash. For a brand that has been expanding by leaps and bounds in these few years, the Bassbars is a great addition to its portfolio. Coming with great audio quality and a unique design that’s completely versatile, Boult is now giving consumers the option to witness a new dimension of sound that will enhance their home theatre experience.