The new Nitro 5 comes with variants equipped with six-core 8th-Gen Intel Core i5, i7, i5+, i7+ processors or AMD Ryzen 5 processor. 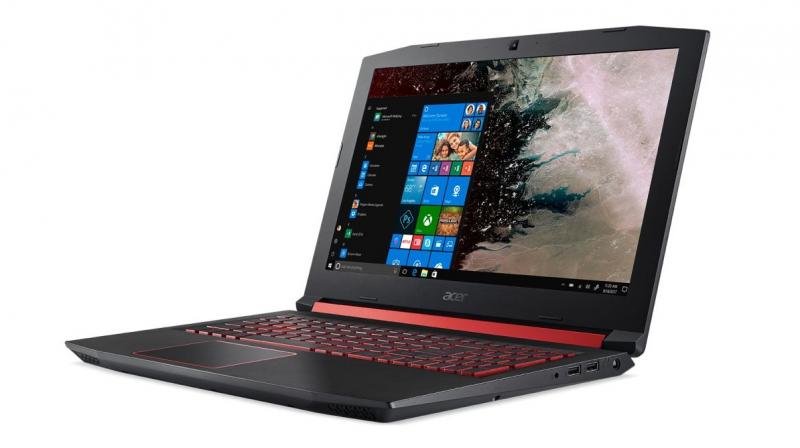 Acer has launched refreshed Nitro 5 gaming laptop with a 15.6-inch Full HD IPS display, improved specifications for better performance. It features in a laser-textured design-build and the laptop comes with a front-facing HD web camera that lets users strategise face-to-face while gaming.

The Acer Nitro 5 packs in the latest-generation six-core 8th-Gen Intel Core processor with NVIDIA GTX 1050 or 1050Ti graphics card or the AMD Ryzen 5 processor with Radeon RX560 graphics. The laptop is equipped with Intel Optane memory for faster read and writes speeds. Moreover, the system memory is now clocked at a 2666MHz, which claims to be 10 per cent faster than the current standard.

The Acer’s Nitro 5 features high-quality speakers with Dolby Audio Premium and Acer TrueHarmony technology. It features all of the supporting technologies and connections as per the needs of a casual gamer like reliable dual-stream 802. It’s also been enabled with an updated wireless which promises to give a speed of 1.73Gbps. On the I/O, the laptop features hyper-fast USB Type-C, HDMI 2.0, and Gigabit Ethernet port.

The new Nitro 5 comes with variants equipped with six-core 8th-Gen Intel Core i5, i7, i5+, i7+ processors or AMD Ryzen 5 processor. Prices start at Rs 65,999 for AMD based model and Rs 72,999 for the six core Intel processor-based model.