Technology   Gadgets  27 Jun 2019  Reasons you should consider upgrading to the next generation of Wi-Fi router
Technology, Gadgets

A recent report revealed that there are around 3.48 billion Internet users around the world. 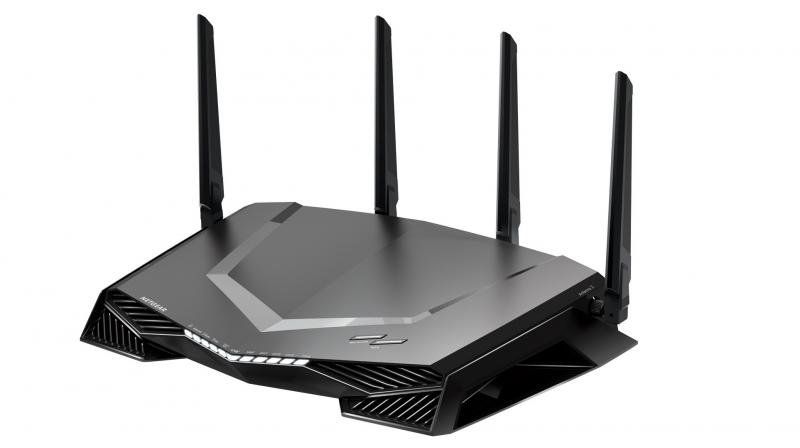 It indicates that over 41 percent of the world’s population is interconnected through via Internet.

In today’s age and time, Internet plays a major role in one’s everyday life. Our country is moving forward towards Digitization and has proven to be a front runner when it comes to Internet users and its usability. Internet has revolutionized the way we live and has made us realize the significance of being connected; Wi-Fi thus comes as one of the key driving factors responsible for digitizing India.

A recent report revealed that there are around 3.48 billion Internet users around the world. It indicates that over 41 per cent of the world’s population is interconnected through via Internet. Installations of Wi-Fi hotspots and increasing usage of smartphones in rural and remote areas have greatly contributed in bridging the gap of connectivity.

India currently stands as the second-largest telecommunications market in the world and is constantly rising. With such unprecedented access to Internet, a larger portion of the population is becoming a part of the internet-world regularly. The numbers, however, have changed dramatically over the years, around 200 million Indians regularly use social media, and in the last year alone, more than 200 million Indians took to mobile banking and digital payments.

Today, the existing infrastructure is receiving backlash due to limited Wi-Fi speeds and to boost up the existing speed, we are introduced to the idea of a much better and faster wireless Internet through Wi-Fi 6. The Wi-Fi 6 delivers super-fast speed along with better coverage and, more importantly, has the power and capacity to handle the dozens of devices in the typical congested smart home.

Designed to increase network capacity and improve the performance of your home network, Wi-Fi 6 (802.11ax) is the latest generation of Wi-Fi technology. It will empower you with faster Wi-Fi speeds with reliable connections, so you can enjoy buffer-free streaming, faster downloads, and add more smart home devices without slowing down your Internet experience.

To deliver the fastest Wi-Fi to all your connected devices of today and tomorrow, here are the reasons why your next router should be a Wi-Fi 6 router.

The newest Wi-Fi standard, Wi-Fi 6, builds on the already great Wi-Fi per cent (802.11ac) technology. While Wi-Fi per cent brought gigabit speeds to our Wi-Fi connections, it falls short on delivering the best Wi-Fi experience as the smart home gets smarter with more devices on the network. Wi-Fi 6 uses orthogonal frequency division multiple access (OFDMA), a key feature which increases overall network efficiency to allow several devices with various bandwidth requirements to connect to your Wi-Fi.

In Wi-Fi technology, each frequency band (2.4 GHz or per cent GHz) is made of component streams. It is on these streams that our Wi-Fi data travels. Wi-Fi per cent and Wi-Fi 6 carry the highest number of streams, thus allowing for gigabit Wi-Fi speeds. Wi-Fi 6 increases the number of streams to a new high of 12 across the 2.4 and per cent GHz bands, whereas Wi-Fi per cent has a limit of 8 in a dual-band configuration.

This increase of streams provides higher connection speed, and your client devices have more paths to communicate with your Wi-Fi router. In fact, Wi-Fi 6 enabled client devices enjoy a 40% increase in speed over their Wi-Fi per cent counterparts.

Smart Home devices and IoT applications are proliferating. As a result, Wi-Fi connected devices in the average home are growing from an average of 10 devices, to as many as per cent 0 or more. Each Wi-Fi-connected light bulb, smart switch, door lock, appliance, or camera is a load on your Wi-Fi network. Wi-Fi 6 has been designed to be able to handle an increase in devices without negatively impacting your Wi-Fi speeds. This results in a smooth streaming experience, while providing uninterrupted connectivity of lights, switches, thermostats and any other IOT device you may add to your smart home.

Streaming 4K or 8K resolution video requires a consistent high-speed connection. In households with multiple users, streaming high-definition video puts an even greater load on the network. With a combination of ultra-fast processors, increased memory and the increased number of radio streams, Wi-Fi 6 routers are up to the task of streaming multiple high definition video sessions without stuttering, buffering or other annoying hiccups you will see with older Wi-Fi technology.