The T-shirt is considered to be in a prototype stage that promises to capture body vitals and transmits it to a detachable Smart Module. 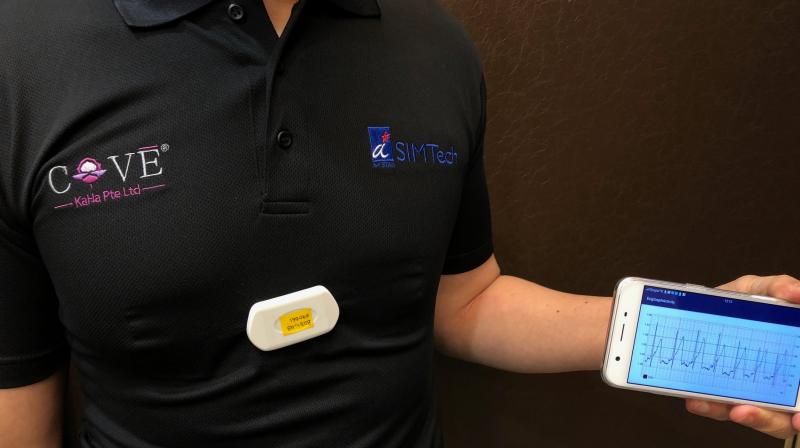 According to the company, the global apparel market currently stands at US$3.6 billion (S$4.4 billion), and the latest IDTechEx report forecasts the global wearable tech market to reach US$160 billion by 2025. Singapore’s Smart Nation initiative is acclaimed to develop key pillars of growth, with wearable tech being one of them.

KaHa claims to be one of the few companies globally that provide customisable end-to-end smart wearable IoT solutions which offers flexibility for launching smart networked devices and a solution for brands to bring exciting smart wearables to their customers.

The smart apparel prototype has been showcased to over 200 attendees at the CIP’s Kick-off Seminar for the second batch of CIP participants. The event is attended by garment manufacturers for international brands, companies from the electronics, consumer lifestyle, healthcare, hand tools, apparel, textile and fashion industries. The first batch of 10 CIP participating companies started in February 2018.

Over the next five months, KaHa and SIMTech, both promise to help bring businesses to the forefront of understanding wearable technology and their applications, and help create prototypes that incorporate smart apparel technology into consumer products. KaHa as the CIP’s strategic partner will help guide local manufacturers, with application ideas, and partner them to spin-off the prototypes for the manufacturer’s desired product, such as footwear or for customised use in nursing and healthcare. Adoption and adaption of KaHa prototypes and technologies are claimed to reduce the initial go-to-market time as well as research and development costs for manufacturers.

Co-developed by KaHa and SIMTech, the smart apparel prototype has printed Flexible Hybrid Electronics which claims to capture body vitals and transmits it to a detachable Smart Module on the apparel. The module cleans the data, which is then shared with KaHa’s IoT platform to be analysed. It monitors heart rate and automatically alerts users when their individual maximum prescribed heart rate reaches 80 per cent. It also promises to track electrocardiography (ECG or EKG), and VO2 Max (maximal aerobic capacity), and can be extended to cover other biometric data such as blood pressure and breathing patterns – which will have wide-ranging applications, for example, from sports performance to health and wellness and uniforms for specialised industries such as construction.