If you own one of the latest flagships and looking for a premium charging pad, the Belkin Boost Up 10W is an ideal choice. 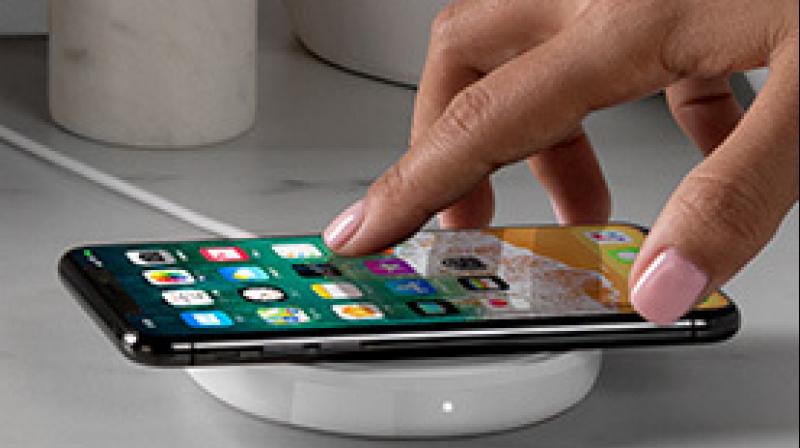 In the past few years, there has been an uptick in one feature that has dominated the premium smartphone market — Qi-enabled wireless charging. Practically every major smartphone manufacturer has launched its premium range of smartphones with this feature ranging from Apple to Samsung and everywhere in between.

With the introduction of this feature, popular third-party accessory makers have also started unveiling their products such as Qi wireless chargers and Qi-enabled power banks to complement this smartphone feature. Today, we look at Belkin’s Boost Up Wireless Charging Pad 10W, which as the name suggests is a fast-charging wireless pad and it’s intended for handsets such as the current crop of flagship iPhones, latest Samsung Galaxy S and Note Series devices as well as offerings from Sony, LG, Huawei and others.

The Belkin Boost Up 10W Wireless Charging Pad is available in four colour options — Black, White, Blue and Sand Pink. The design here is minimal and this is precisely the reason why we like it. It features a simple plate that’s similar to Belkin’s original 2017 charging pad; however, it features a smaller footprint which keeps the minimal design in check.

There are some differences between the original and the revised version and the biggest takeaway besides the smaller footprint is that it is a bit taller. Over here we find that the pad is built primarily out of plastic with a silicone ring at the top. This is to ensure that when a smartphone is placed on it, it doesn’t slip. The bottom plays home to rubberized grips that prevent it from being shifted easily when placed near a desktop or laptop.

Another notable change in comparison to the older model is the relocation of the LED status light. From the top, this charging indicator is moved to the front and it’s a great design choice as to when a handset is placed on top of it, the light doesn’t get obscured. When your device is charging as intended, a white LED light shows up. However, if any foreign object like keys is placed on it, the foreign-object detector kicks in and an amber light denotes the same. Interestingly, the LED indicator isn’t harsh like some other wireless chargers we have seen in the market; Belkin has ensured that the light is specially designed to not disrupt the surrounding environment. 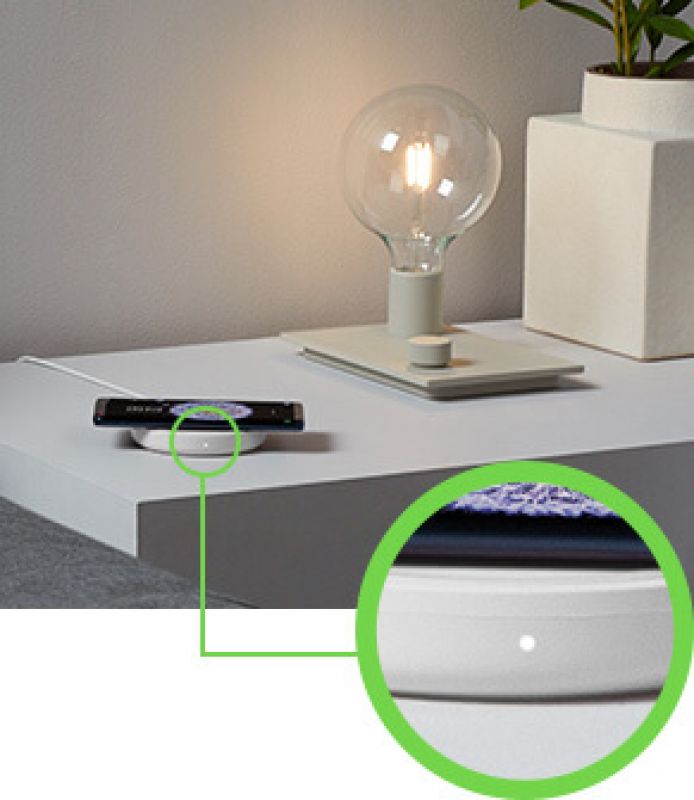 While the Belkin Boost Up 10 Wireless Charging Pad costs a pretty penny, the brand has made sure that it is loaded with enough features to make it worth your while.

The charging pad comes with the fastest wireless charging that’s available right now for Qi-enabled products and it offers a 10-watt charge to compatible devices. For handsets from the Apple line-up like the iPhone XS, iPhone XS Max and iPhone XR, the charging pad wirelessly charge it at 7.5W which ensures that the handset is topped up in around 4-hours. From a completely dead battery to 20 per cent charge, we observed that an iPhone XS Max took around 30 minutes to hit the mark and a further 3.5 hours for it to get completely topped up. This is the same amount of time observed with other Qi-enabled 10W power banks.

If you happen to own a Samsung flagship, the Belkin Boost Up 10W will fare even better as it can charge at 9W; this should get you topped up rather rapidly. If you do own handsets from brands like Sony and LG, the pad offers an unfiltered 10W charging speed and this is due to the inclusion of Qualcomm’s Fast Charge. If you have a Google Pixel 3 or Pixel 3 XL, the charging pad will top your handset up at a maximum wattage of 5W; hence it is advisable to purchase Google’s offering if you happen to own Pixel smartphones.

The Boost Up charging pad is also optimized for better performance as it not only charges the handsets at the fastest speeds possible, it also protects phone functionality while charging. It has shielding and precision resistors that are located within that minimize interference ensuring battery life and valuable smartphone functions such as network signal, touchscreen, Wi-Fi, Bluetooth and LTE aren’t disrupted.

It also has case compatibility, which means that you can use this charging pad with a case — so long as it is up to 3mm thick. However, if you are keen on retaining your case and unsure if it is incompatible with this charging pad, it’s advisable to ask the storekeeper to allow you to test the Belkin charging Pad with your handset for peace of mind. It also comes with a thermal sensor that regulates the temperature for safe and efficient charging. With this being said, there is an amount of heat that gets generated while using it; however, it is natural and shouldn’t worry you.

The pad comes with a dual-layer charging coil and a thick ferrite material which delivers greater power and an increased charging area for easy alignment with any smartphone. And lastly, there is a single-chip solution here which provides compatibility to optimal charging speeds of 5W, 7.5W, 9W and 10W.

The Belkin Boost Up 10W charging pad is priced at Rs 4,499 in India and is intended for those who want nothing but the best solution for their costly smartphones. While there are much cheaper options in the market, Belkin has built its name on being the number one third-party wireless charger accessory manufacturer. And because of this reason, we absolutely recommend it. If the price is your concern, then there are other 10W charging pads available; but you may not get the extensive feature list that’s available here.