Action cameras have been here for a while and are being developed on a faster pace in terms of ergonomics, performance and features. 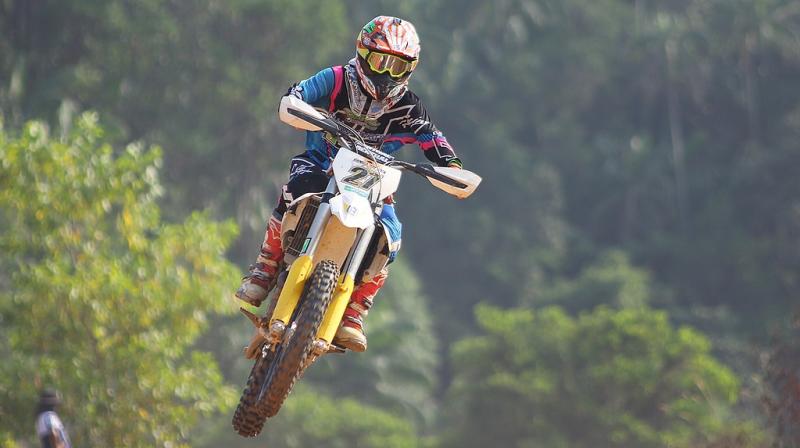 The tiny cameras do a pretty good job, have a wide angle view, are very light and can shoot videos with up to 4K resolutions. We present to your a few cameras that you can use while venturing into the wild.

Whether you are into adventure sports, or trekking / camping getting close to nature, photography would probably be the first on your mind. However, still photos don’t speak for themselves, and clicking photos is pretty much tedious and time consuming, leave alone handling the camera gear. Shooting videos is the best option since you can keep some great memories and also show it like a movie or a story to your friends and family. But once again, handling a regular camera gear for videos too is a huge task. Action cameras solve this purpose, allowing you to enjoy your adventure, while being almost invisible to the crowd. Action cameras have been here for a while and are being developed on a faster pace in terms of ergonomics, performance and features. The tiny cameras do a pretty good job, have a wide angle view, are very light and can shoot videos with up to 4K resolutions. We present to your a few cameras that you can use while venturing into the wild. 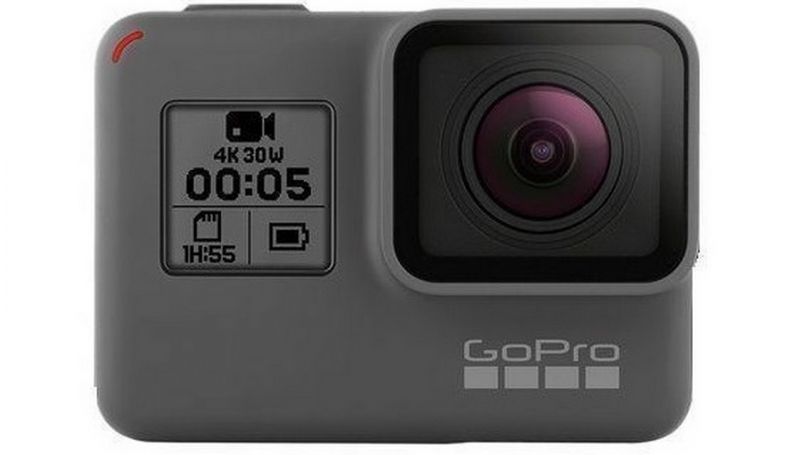 GoPro Hero5 Black: The latest flagship entrant from GoPro is one of the best action cameras money can buy. Priced around Rs 35,000, the Hero5 has been given a massive facelift in both performance and features. The camera is the same size as that of its older siblings — and it’s now waterproof too. Mount it on your helmet or take it into the shallow waters with you — the Black will never disappoint you. With options such as slow motion capture, timelapse and more, your videos can also be edited, shared and uploaded to the cloud, straight from your smartphone. The device sports handsfree operation too —a single button to start, record and power off. You can also talk to the Hero5 Black too — record a video, or snap some photos by simply shouting out to your GoPro. 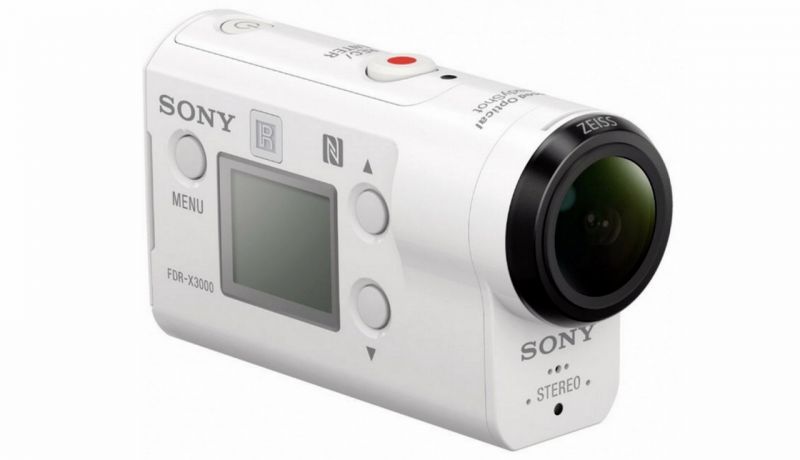 Sony FDR-X3000: Here’s another action shooter from Sony, the well-known long-time name in cameras. The FDR is capable of shooting 4K videos too with an option for using your smartphone as a live view remote control. The camera is splash-proof and can be clubbed with a waterproof housing to take it with you underwater up to almost 200 feet. Priced on the higher side of around Rs 52,000, the Sony can what most action cameras can and also features GPS, NFC, Wi-Fi, Bluetooth and HDMI output. The product looks bulky, but it isn’t. Unlike the GoPro, the Sony has an optical image stabiliser and your shaky videos are taken care of on the fly. Video quality is sharp and colours are great too — you won’t be disappointed.

Panasonic HX-A1M: With a unique design — which looks almost like a monocular telescope — the HX can help you with basic footage on the cheap. Priced at Rs 17,000, the camera can shoot full HD videos along with slow motion and timelapse too. What puts this camera apart is its price and rugged housing. The HX has a tough design with a water and dust-proof body which the company also says its shock and freeze-proof. The USP of the device —a wide 150-agnge lens with a 3.5MP CMOS and a great low-light vision of zero Lux and an optional IR illuminator light version. The device is just 45g light and has a built-in Wi-Fi for easy sharing and remote control. 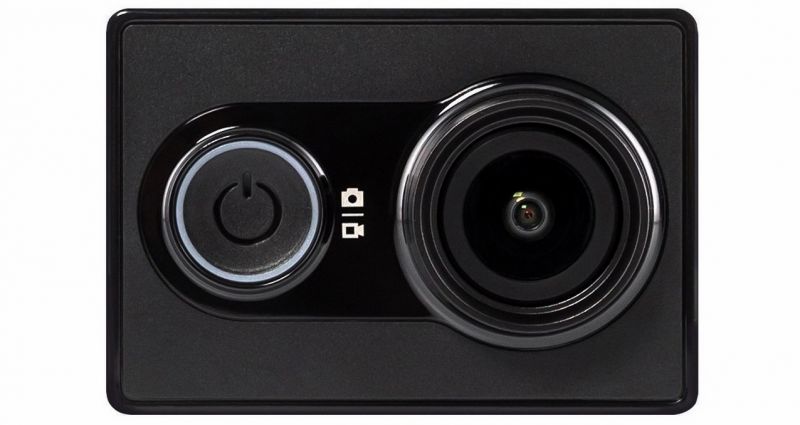 Yi Yi-88001: Want to go even cheaper — the Yi can be your best bet. The camera has a Sony IMX206 16MP CMOS that can do full HD videos @ 60fps. Built Bluetooth and Wi-Fi connectivity, the Yi is a great option for those seeking a cheaper action camera on a budget. 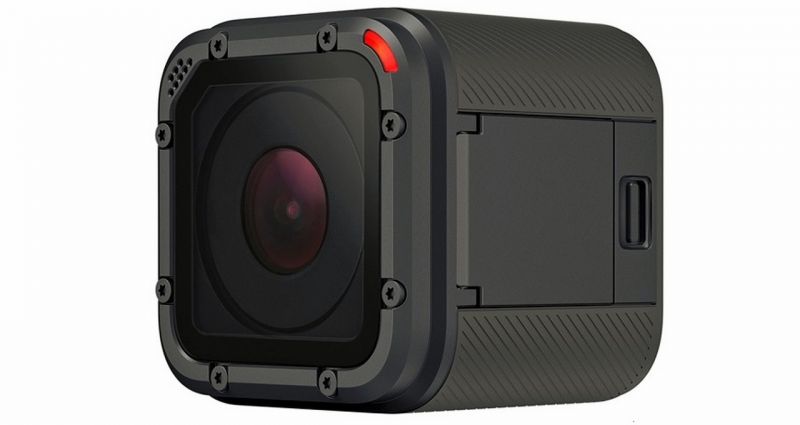 GoPro Hero5 Session: A massive upgrade to the older session, this one is a miniature action camera that almost disappears into the scene, being a silent observer. The Session can capture 4K videos, burst and timelapse photos and videos too. It sports Hero5 Black-similar features such as hands-free operation, Wi-Fi, Bluetooth and a waterproof body, but simply lacks the rear display. It’s one of the best cameras out there for those seeking a miniature action camera, but carries a huge price tag of Rs 28,800. 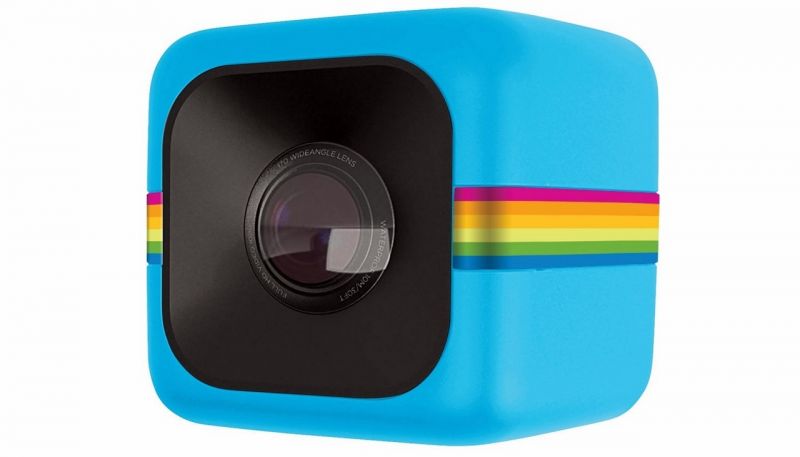 Polaroid Cube Mini Lifestyle: Another miniature action camera if for those on a budget. Polaroid’s Cube is the most affordable miniature camera one can buy. With a price tag of just Rs 8,200, the camera can shoot videos with full HD resolutions. It sports a magnetic attachment option to mount the camera almost anywhere you wish 3 on a metal surface obviously. With no display and massive buttons to bother about, the Polaroid is the best action camera for those seeking good videos on a budget.