The Sound Cake supports wireless stereo speaker setup and has a 2600mAh battery. 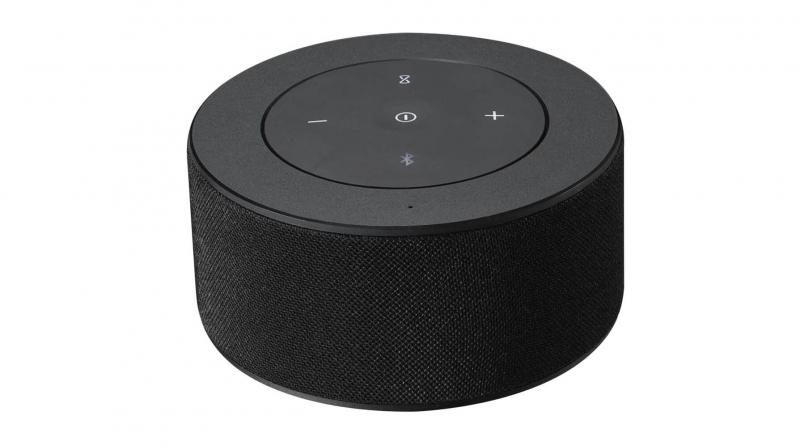 There’s a 2600mAh lithium-ion battery which the company claims to provide a battery backup of around eight hours.

Portronics has launched a new speaker in the affordable wireless speaker segment. Called the Sound Cake, the Bluetooth speaker retails for a price of Rs 2,999. The speaker’s highlight is its TWS or True Wireless Stereo feature.

The TWS feature allows two identical Sound Cake speakers to connect to each other and play stereo music, i.e. one speaker acts as the left channel and the other one acts as the right channel. Users can also connect the speaker to smartphones, laptops and PCs via an AUX cable. The speaker uses Bluetooth 4.1 for wireless connectivity.

Portronics rates the Sound Cake’s overall speaker output at 10W, which should be enough for use as a personal speaker. There’s a 2600mAh lithium-ion battery which the company claims to provide a battery backup of around eight hours. The battery can be charged via a micro USB cable. There’s also a microphone for taking voice calls.

The Sound Cake with its circular design weighs at 412 grams. It also has backlit buttons on top for adjusting the volume, switching to TWS mode and turn on/off the wireless mode. It comes only in Jet Black colour only. Keep a lookout for our review of the Portronics Sound Cake speaker.