Sony has launched a crowdfunding project for such a device to survive the hot summer. 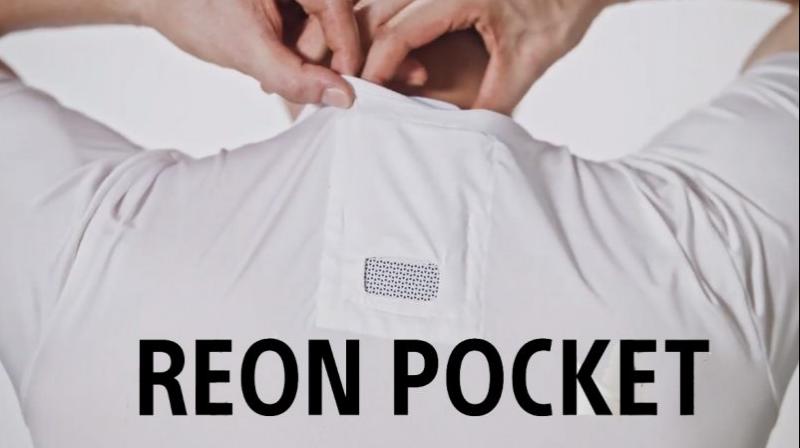 A 'wearable air conditioner' is no longer a pipe dream! (Photo: Techgenyz)

Technology has evolved so much over the years that we have a number of tech-savvy devices making our lives easy. But have you ever wondered how to survive the scorching heat while travelling or sitting somewhere with no air conditioner?

A 'wearable air conditioner' is no longer a pipe dream! Sony has launched a crowdfunding project for such a device to survive the hot summer. Keeping in line with technological advancements, Sony has developed a wearable air conditioner called REON POCKET that will keep you cool during the rising temperatures, reported Techgenyz.

It is a wearable device compatible with both inner and outer wearable which can be controlled by your smartphone, making it as portable as it can get.

Sony Reon Pocket is a new device which helps to get relief not only from the steaming hot summers but also from the cold winters. The pocket-sized device can be kept in a small bag or can be worn on the back or neck with dedicated underwear and controlled with a dedicated application, controlling the temperature through mobile phone according to ones need.

The small device has adopted a Peltier element that can be cooled and heated efficiently. Such elements are mostly used for car and wine coolers as it uses less power when used for a long time to cool something. With this element, the device uses a newly developed technology to make it wearable.

The dedicated inner wears for the wearable air conditioner are found in S, M, and L sizes but, as of now, is made for men only. The innerwear is made with a pocket at the back to insert the device.

Making it more user-friendly, the device is powered by a lithium-ion battery that can be used for an entire day with just 2 hours of charging. It is a light-weight device that measures approximately 54 x 20 x 116mm and supports Bluetooth 5.0 LE connected phones.

Sony Reon Pocket comes with a price tag of 14,080 yen for one device and one underwear whereas it costs 19,030 yen for the highest one machine and five underwear.

But this product is currently exclusive to Japan, and if the target is not met, no other devices will be released.