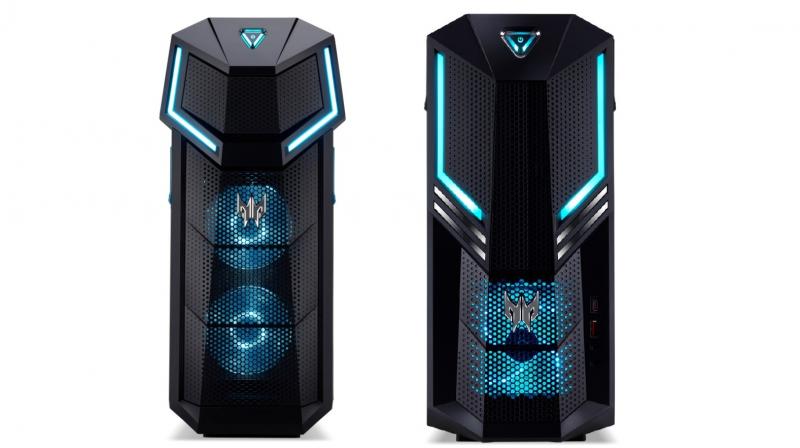 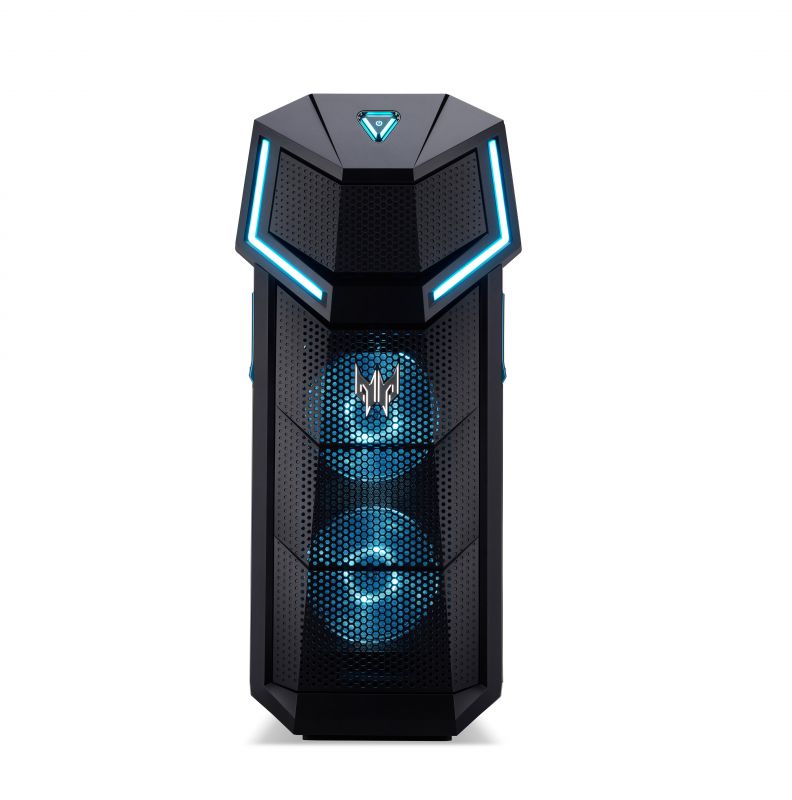 The Predator Orion 5000’s chassis has a transparent side panel that showcases its internals and is EMI-compliant that ensures protection of users and peripherals from potential electromagnetic interference. The IceTunnel 2.0 airflow management design segments the system into different thermal zones and provides each sector with its own airflow tunnel to expel heat. A front mesh panel with dust filters allows the Predator Orion 5000 to inhale massive amounts of air while filtering out annoying dust. Additional features for core gamers include Killer LAN high-speed Ethernet, cradles for audio headsets, and a carry-handle for portability. 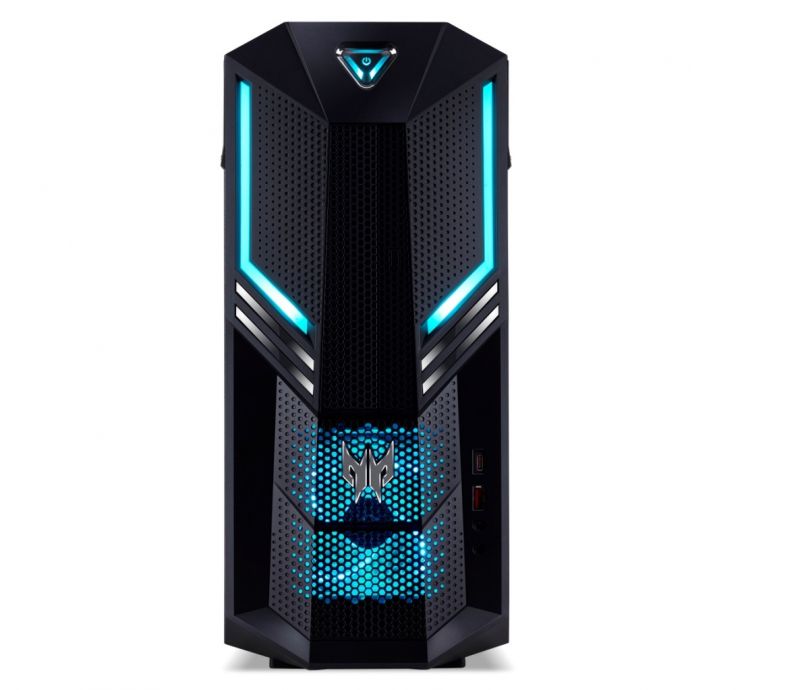 With up to 8th-Gen Intel Core i7+ processors, and up to NVIDIA GeForce GTX 1080 GPUs, the VR- ready Predator Orion 3000 claims to support 4K gameplay. Similar to the 5000 series, the Predator Orion 3000 can be configured with up to 32GB of Intel Optane memory to increase responsiveness and load times, and up to 64GB DDR4-2666 RAM, which is claimed to support fast action while playing the latest titles.

The Predator Orion 3000 Series features the same design language as its bigger brother, with a transparent EMI-compliant side panel, RGB lighting, sleek lines, blue accents and built-in headset cradles. The company believes that a decent heat dissipation is achieved with a front-facing intake LED fan, mesh cover and rear exhaust for optimised airflow throughout the chassis.

Alongside the new Predator Orion 5000 and 3000 series gaming desktops, Acer has expanded its gaming gadgets and accessories. 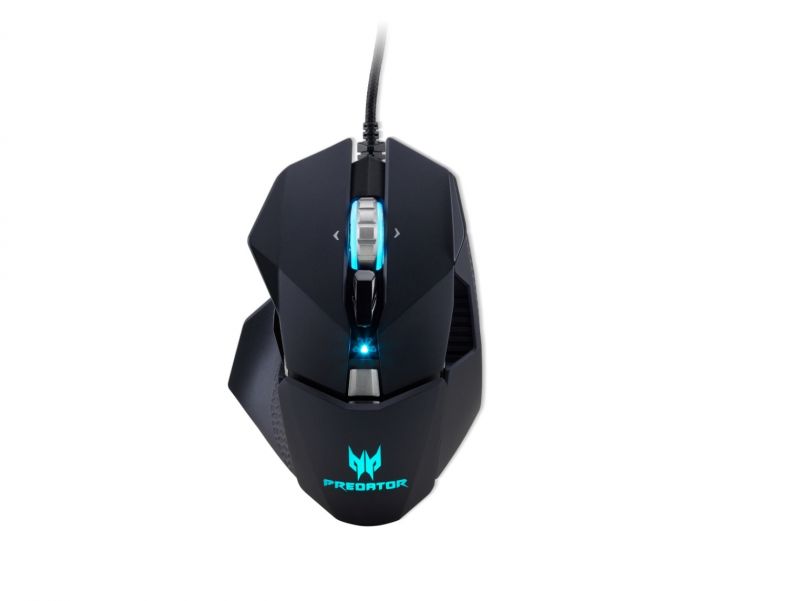 Predator Cestus 510 – a customisable high-performance gaming mouse with an optical sensor that promises to support up to 16,000dpi. 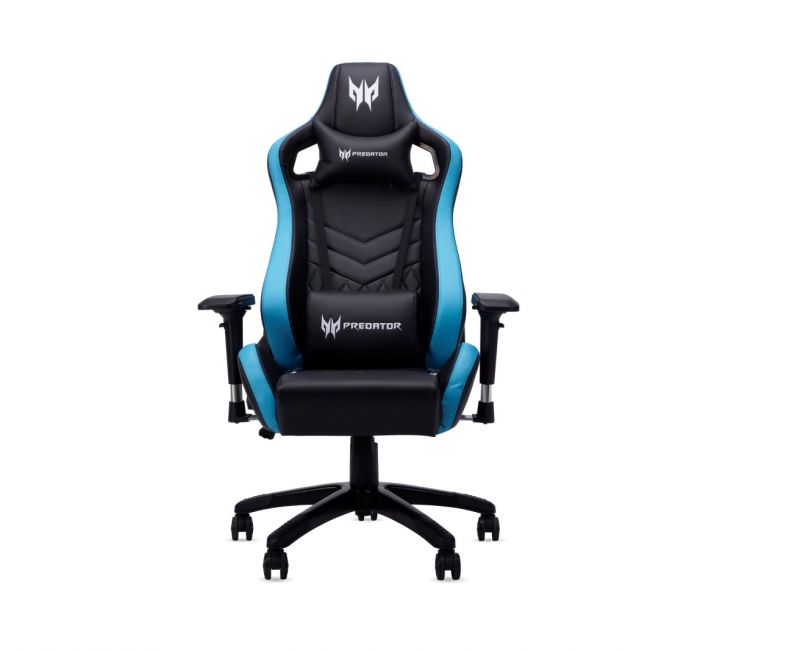 Predator hard case – this claims to protect the valuable assets with a hard outer shell and a customisable foam around your computer. 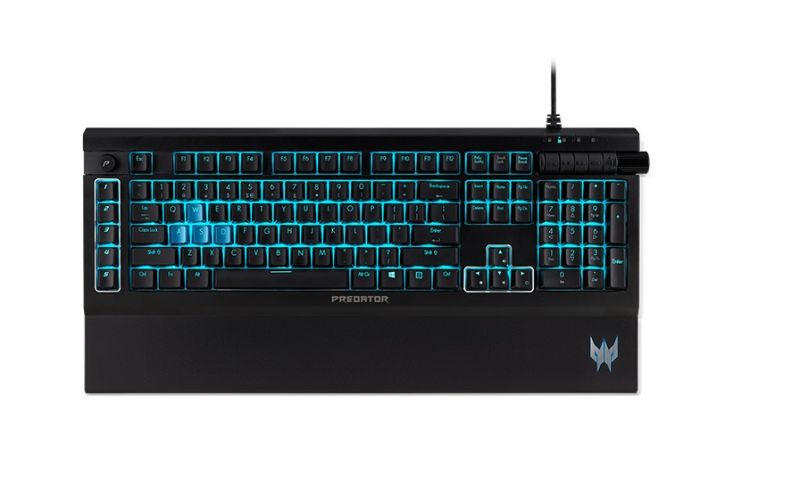 New Predator Aethon 500 mechanical keyboard claims to have a lifespan of 70 million strokes per key, customisable with 16.8 million colours. 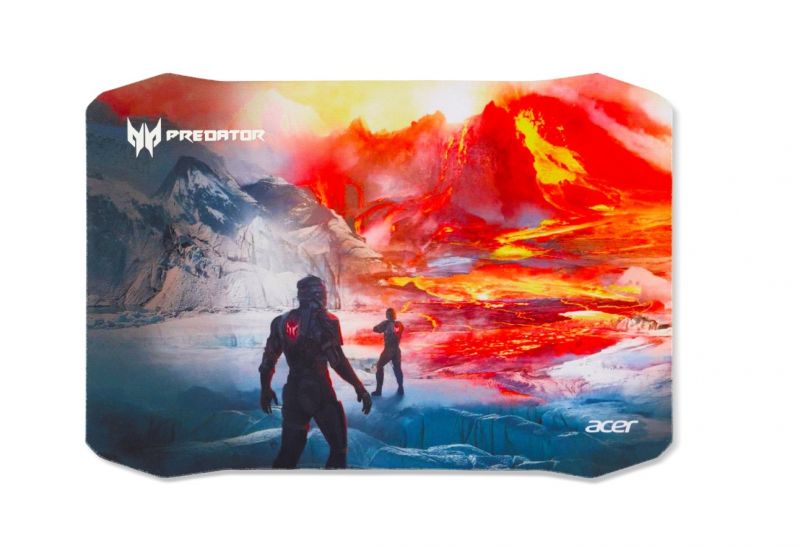